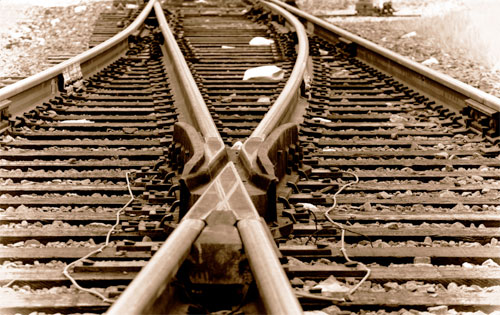 Have you ever considered that good changes can come from crises or even dry times in your life? Perhaps God or your heart is saying, “Hey, I love you, but now it’s time to change directions and locations because I’m repositioning you. Let’s get you to the place where you can say, ‘Wow. I was born for this!’”

How important is it to be in the right spot doing the right thing at the right time? Read this.

There is a book written on this idea. It’s called Who Moved My Cheese and it’s a best seller. Why? Because there’s a lot of cheese being moved around these days! Like a rat in a maze, the location of our cheese or ‘success’ has changed. Someone moved our cheese! Don’t panic, the cheese is there. We just need to change directions and find it again.

Many have experienced great success in an area, then suddenly that success disappears. That’s when the 50-50-90 rule visits us.  The 50-50-90 rule goes like this. Anytime you have a 50-50 chance of getting something right, there’s a 90% chance you will get it wrong.

If you are the person whose cheeses has moved, could it be that God wants to move us to another place? I’m not saying you should quit. Sometimes we need to persevere. But sometimes sound wisdom dictates a change in our direction, our career, or whatever. Most times, it’s more courageous to let go than to continue doing the same thing, again and again, expecting different results.

Consider this example. A motorist was telling about all the trouble he’s had driving to and from work lately. It used to be easy, he said. No traffic problems, no mad rat race. But now cars are coming from all directions. “And, it’s been that way,” he added, “ever since I got my new glasses.” Once he got his vision renewed, he became aware he was a danger to himself and others. God graciously protected him from learning the lesson that present victories often carry in them the seeds of future defeats.

Even the early Apostles in the Bible, learned that there is such a time as ‘this’ and such a time as ‘that.’ Let’s glean from what the Apostle Paul learned about in changing directions and locations with a new way of doing things.

Paul’s early ministry was primarily to the Jewish people. But as he grew in knowing God and making God known, God changed locations on him. His ‘normal’ was staying mainly in Asia Minor, speaking mainly to Jewish people about Jesus and the church. But as Paul and his team traveled deeper into Asia Minor, the Holy Spirit forbade them to speak the Word in Asia.

Now being accustomed to their ‘normal,’ they kept going the same direction they always had. They liked their cheese. Then, the Spirit of Jesus appeared and did not permit them. Wow, the Holy Spirit and Jesus did not permit them. I can see Paul and his team saying, “Who moved my cheese?”

There’s a message here. Sometimes you need to persevere when a door closes. If a door closes, try to open it again. It’s a door. That’s how doors work. But, if after trying several times to open a door and it won’t open, get the message. Dude, it’s someone else’s door. Or should I say, someone else’s cheese.

Here’s the rest of the story. Amid this confusing, confounding, "where’s my cheese?" moment, guess who shows up with the new normal? God. God gave Paul a new vision, a new direction, a new ministry and new location in order to usher in a new season. The vision was of a man from Macedonia (Greece) standing and appealing Paul to come over to Macedonia and help them.

“And when he (Paul) had seen the vision, immediately we sought to go into Macedonia, concluding that God had called us to preach the gospel to them.” Acts 16:10. In other words, God moved the cheese to Europe. Paul and his team knew it was God. Notice the pronouns. The vision moved from a ‘he’ to a ‘we’ to an ‘us’ to a ‘them.’ Then God sent a Christian Roman businesswoman to finance the new venture. There you go: vision, intention, means.

God started with a vision. A vision is a compelling image of a preferable picture that motivates one to perform. People perish without a vision because vision gives life. Vision gives us a road map. After the vision, Paul’s singular ‘he’ moved to a ‘we’ to reach ‘them.’ The vision given to Paul changed his life, his team’s lives, the lives of Europeans, and the whole world. Location, location, location!

Maybe you are in the same position that Paul was in. I encourage you to be open to a new vision if what worked in the past is not working anymore. Then, like Paul and his team, when you find your cheese again you can say, “I was born for this!”