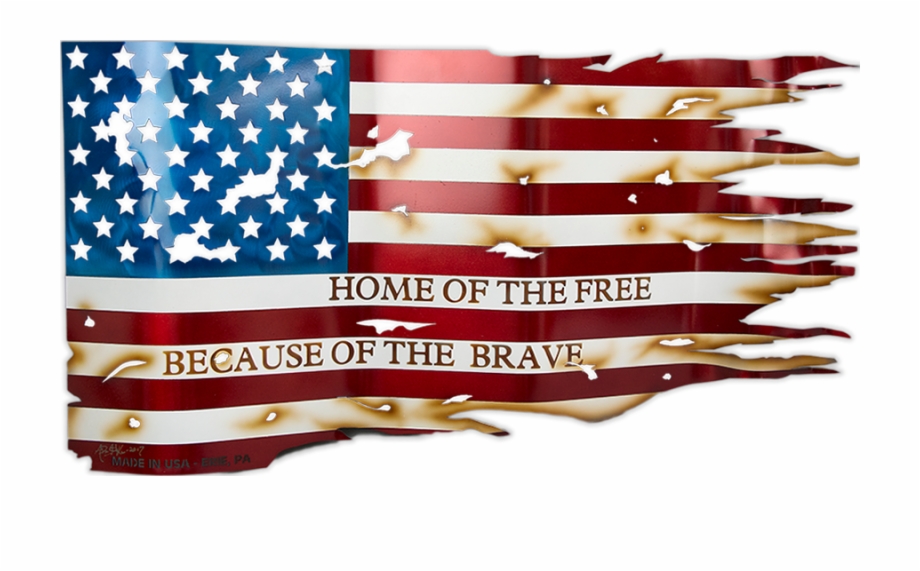 All Americans should thank God we live in this country. We are indeed fortunate to be Americans and reside in the “land of the free and the home of the brave.”

This is the country that liberated the world from the horrors of Nazism and Imperial Japan. We brought down the “evil empire” and freed millions of people from the grips of Communist dictatorship. In every major international organization, from the NATO alliance to the United Nations, our country plays a leadership role in financial, diplomatic, and military support. When a disaster hits anywhere in the world, the most generous nation stepping forward to assist is always the United States of America. Truly, we are the world’s only superpower.

Unfortunately, Americans need to realize that our institutions, history, traditions and symbols are being attacked on a regular basis by destructive progressive forces in our country. These are people who hate America and what we have stood for the past 243 years. They hate American exceptionalism and want our country to emulate dozens of other failed nations around the world.

The most recent example occurred this week when the shoe manufacturer and retailer Nike decided to remove one of their new items from their stores. The banned shoe featured a Revolutionary War era United States flag with the thirteen stars of the original colonies. The flag was sewn by Betsy Ross (according to legend) and has been used in a multitude of patriotic events over the history of the country. Two such events were both the inaugurations of U.S. President Barack Obama, where two of the "Betsy Ross" flags hung behind his podium.

It seems that Nike spokesperson, professional agitator and multi-millionaire former NFL quarterback Colin Kaepernick complained that the flag represented the country when there were slaves in America. Reportedly, Kaepernick also linked the Betsy Ross flag to white supremacist groups in the country who have supposedly appropriated it.

Of course, Nike listened to Kaepernick, who became famous for kneeling during the National Anthem before NFL games, and not historians who could have educated them on the real history of the flag. Obviously, Kaepernick, who was featured in their recent advertising campaign, plays a major role at Nike and can cancel products he does not like.

He has been a lightning rod for controversy ever since he decided to forgo his NFL career and become a professional protester. His decision to disrespect the American flag by choosing NFL games to protest police treatment of African Americans was divisive to say the least. While millions of Americans did not support Kaepernick’s actions, Nike chose to affiliate with those Americans who agree with a spoiled former NFL player denigrating our national symbols.

His supporters tend to be young people, African Americans and progressives. Kaepernick also has plenty of admirers in the media who are also disgruntled with our country. In a July 1st New York Times video editorial, the authors claim that the United States of America is not the greatest country on earth, but “just okay.” They cited misleading statistics on poverty, healthcare costs, life expectancy, and other issues to assert that the United States is an average country.

This same attitude is reflected in a new Gallup poll, which showed only 22% of Democrats are “extremely proud” of their country, marking an all-time low in the survey.

This poll is no surprise since there are many Democrats who constantly criticize America. Their progressive leaders include politicians such as U.S. Representative Alexandria Ocasio-Cortez (D-NY), who regularly complains that minorities and illegal immigrants are being treated unfairly

Her most recent target has been brave men and women who are serving their country in our border patrol. The congresswoman led a delegation to the border and left after claiming inhumane conditions in which migrants were forced to drink out of toilets. Even though border patrol officials deny the baseless accusations, the damage to the agency had already been inflicted.

On a regular basis, Ocasio-Cortez displays anger at those trying to uphold the law in our country. It seems most Democratic politicians share her view. The two-night Democratic Party presidential debates featured similar themes from 20 candidates grousing about the country and urging more benefits for illegal aliens. But if the United States of America was such a racist and average country, why do millions of illegal immigrants risk their lives to cross dangerous terrain and enter this country.

Certainly, our country faces problems, but, overall, we are clearly the most prosperous, generous and advanced country on earth. We should be proud of our history and our traditions and what we have accomplished on the world stage in the past 243 years.

No other country can come close to matching our record. If the Democrats and their progressive supporters hate this country so much, they can always leave; no one is stopping them. In fact, that would be one thing that would make our great country even greater.