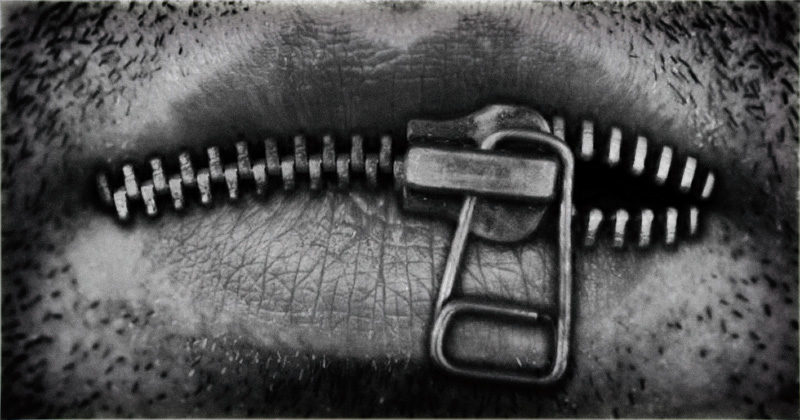 Reps. Alexandria Ocasio-Cortez of New York, Rashida Tlaib of Michigan, Ilhan Omar of Minnesota, and Ayanna Pressley of Massachusetts are called the "Squad." I believe this is based on their actions and words. However, they should be called the Assassins of the Constitution and America. They have shown they want to destroy the Constitution and our government and replace it with socialist rule of law and government. To do this, the first thing they have to do is eliminate Freedom of Speech, the First Amendment of the Constitution. If you can control what people say, you can eventually control what they think.

Many of the "Squad" supporters are people and groups driven by the elimination of freedom of speech. America has evolved as a nation and has accepted differences of opinion between parties. This is so that each side knew they could speak their peace and be respected. But we now have reached the point where Ayanna Pressley is saying if you do not agree with me, then what you say is worthless, so just shut up!

If Ms. Pressley and the other group members feel the same way, then we have an elite group of people who think they should make decisions for all the people. Didn't we just go through that for eight years under President Obama and Vice-President Biden? They believed that the majority of us were not smart enough to make critical decisions; so, therefore, the elite had to make the decisions for us. If we are not smart enough to pick government leaders, we obviously can't be left with the power to make other decisions. If you challenge a member of the "Squad" or another left-leaning Democrat, you will most likely hear these words out of their mouths: "You are a racist."

When did the Democrats take exclusive control of intellectual thought processes in America? What course did they take in college, if they went to college, that released the extraordinary power to make decisions for all of us? The Hill.com reported that Rep. Ayanna Pressley (D-Mass.) said Democrats don't need "any more black faces that don't want to be a black voice" during a liberal Netroots Nation conference last Saturday. She made the same remarks about Hispanics, Muslims, LGBTs, and other minority groups. To sit at the table of governance, regardless of race or sexual orientation, you are fine if you agree with them. If not, you have no place at the table. You only have free speech when you agree with them.

How can people be free if they can't openly express what they believe is right or wrong? How can we have a free nation if the people can't speak out on good or evil?

Now let us look at the top 10 racist nations in the world:

If America is such a racist nation, why isn’t it in the top ten of racist nations, nor even the next 10? The answer is we are not a racist nation. Rightwingnews.com did an article on what Liberals really mean when they call Republicans racists, "Liberals believe they can't be racist by being liberal; so people or groups that oppose them must be ’racist‘ by default. It's about as intellectual as a five-year-old calling someone a ’poopy head,’ but it’s how they think." Congresswoman Alexandria Ocasio-Cortez of New York might be offended if she was called a "Poopy Head," but in turn, she might suggest that the person who called her a "Poopy Head" was a racist.

"Congress shall make no law respecting an establishment of religion, or prohibiting the free exercise thereof, or abridging the freedom of speech, or of the press, or the right of the people peaceably to assemble, and to petition the Government for a redress of grievances."

Our first President George Washington said it best, "If the freedom of speech is taken away, then dumb and silent, we may be led, like sheep to the slaughter." Those on the left who want everyone to agree with what they say want us to be like sheep being led to the slaughter. Washington was right; the left wants us to slaughter our own ideas if they don't meet their standards.