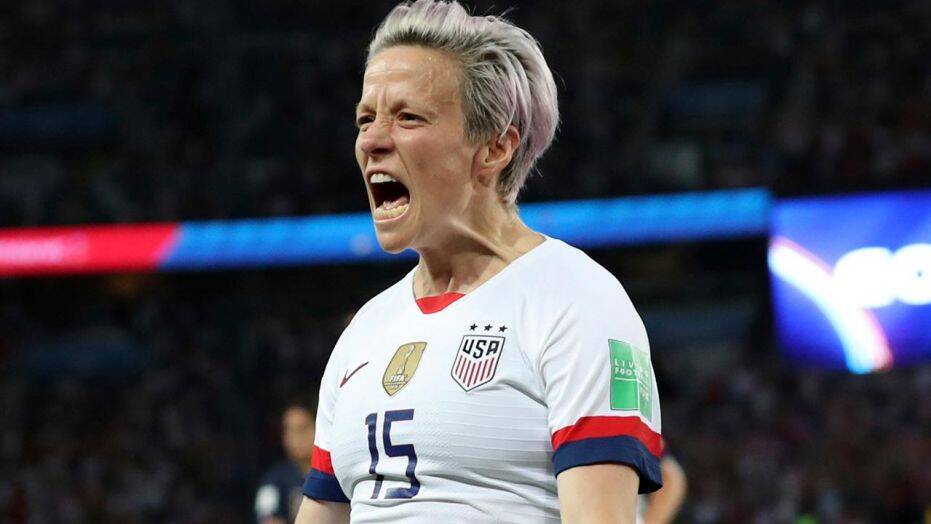 “Men (and women) of intemperate minds cannot be free, their passions forge their fetters.” Edmund Burke

Once upon a time in America, professional sports were an escape mechanism, a diversion from the demanding and always consuming vicissitudes of life. Go to a sports event, whatever, and sit back and watch your team, win or lose, it was cathartic. But for many those days are over, it seems there is now another dynamic to the profession, social activism, and a majority of the American people is tired of it. Recently another frustrating and I believe uncalled-for sports controversy reared its ugly head.

New York City laid out the welcome mat on Wednesday, July 10, for the World Cup Champion U.S. Women’s Soccer Team. Composed of 23 teammates, they were honored with a ticker-tape victory parade down the Canyon of Heroes, and presented with the “Keys to the City.” An avalanche of confetti rained down on Broadway, to the screams and hoorahs of the people, young and old, as the team passed by on the USA float waving and gesticulating to the raucous crowd. This should have been a moment for America to stand proud before the world, humbly and gracefully.

But instead of uniting the nation, even for this one brief interval, what should have been a celebration of a great athletic achievement and America's sports dominance, was overshadowed by another social and political controversy that came forth out the mind of the team's co-captain Megan Rapinoe. Ms. Rapinoe is a self-appointed social justice warrior, and newly inducted member of the always- and ever-present grievance industry. She has been known in the past, like the spokesperson of martyrdom and victimhood Colin Kaepernick, to take a knee during the national anthem, until she was told to stop.

It is Rapinoe’s contention that women soccer players are not paid as much as the men and a lawsuit have been filed by the team against the U.S. Soccer Federation. Perhaps she is correct; there are those however who disagree for economic reasons, as the men’s team draws considerably more money from various venues. Now had that been the extent of her argument and dismay with the system, I believe that, in itself, would have been defensible and supported by most fair-minded people. But that is only the beginning.

While at City Hall, following the parade, Ms. Rapinoe did most of the speaking. She went on to say “We have pink and purple hair, we have tattoos and dreadlocks, and we got white girls, black girls, and everything in between, straight girls and gay girls.” She continued with one of the few comments that had any substance, “Love more, hate less, listen more, and talk less.” That seems sensible and like something we can all agree with, but Rapinoe’s remarks were peppered with expletive-laden outbursts here and there, vulgarity and abusive language, while many in the crowd were impressionable young girls. Perhaps she should practice what she preaches.

At the behest of the Mayor of New York City, the crowd began chanting “USA, equal pay” to the smiles and gratitude of the team. The event did not pass without protest; there were a number of signs that read “America Hater, Megan Rapinoe”. Prior to winning the championship, Rapinoe, who is a lesbian, stated her disdain for President Trump and on more than one occasion remarked, if invited, “I’m not going to the f***ing White House, and I don’t think anyone on the team has any interest in being corrupted by this administration.”

When asked if there was anyone she would meet with on Capitol Hill, Rapinoe, apparently speaking for the team, said she would speak with anyone who “believes in the same things ‘we’ believe in; yes to AOC, yes to Nancy Pelosi, yes to Chuck Schumer.” In other words, the team will not consider confronting anyone who thinks differently from them; this is cowardly and not the American way of facing adversity and making an effort to change minds, easing tensions and the disagreements that divide us, with comity.

The authenticity and integrity of Rapinoe and the team, however, would appear to be a façade. In an interview on CNN Rapinoe spoke about how the president’s message was excluding people like her, people who look like her, people of color, and people who might support you. What was not mentioned in the interview was how Rapinoe punished and sidelined a teammate, Jaelene Hinkle, a Christian, for refusing to wear an LGBTQ pride jersey. This begs the question, who is it that excludes someone for their beliefs, the president or Rapinoe?

We should keep in mind that we are dealing here with a group of young women who are gullible victims, having been indoctrinated into a culture of decadence, promiscuity, and avarice. They are the product of the radical progressive leftwing, and let us hope they come to realize it before it’s too late; America deserves better.