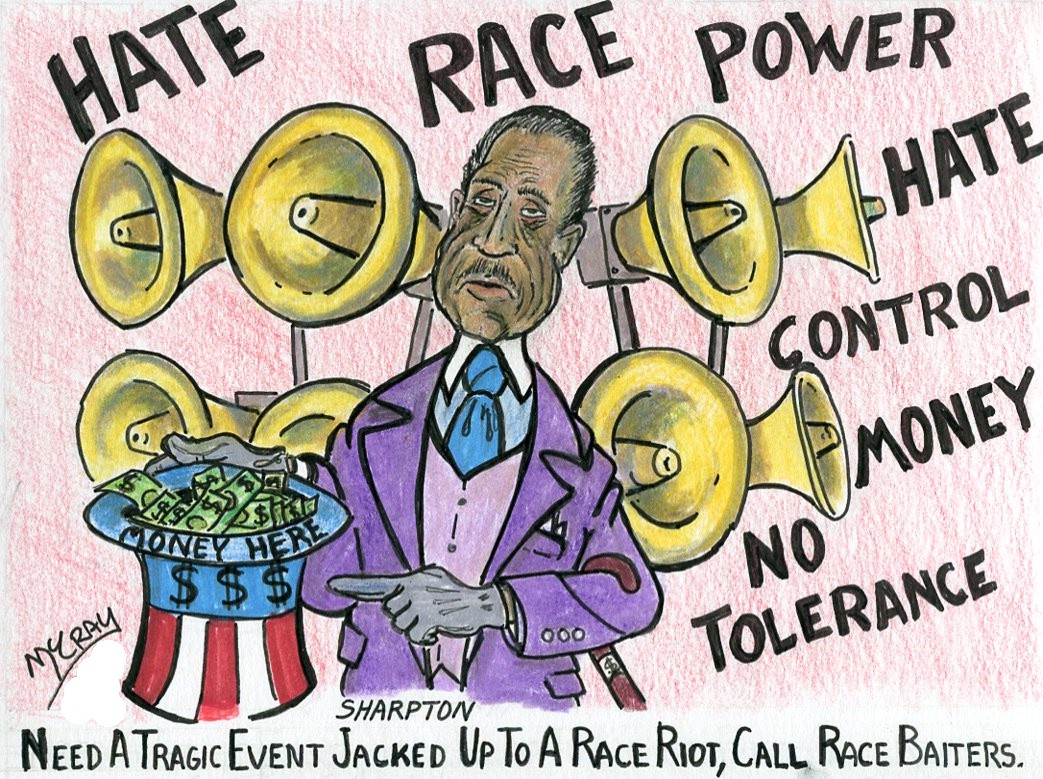 There's a war of words between President Trump and Maryland Representative Elijah Cummings (D), boiling over from the comments made by Cummings in his attacks on U.S. Border Patrol regarding the conditions at the southwest border. President Trump pointed out the conditions in Rep. Elijah Cummings Baltimore district were more dangerous than those on the border, Trump called it rat-infested, and stated that "no human being would want to live there."

How dare the President of the United States criticize a sitting a Democrat member of Congress over the conditions of their home district. As expected, the usual cast of characters immediately begin emitting their clarion calls of “RACISM.” Nothing was said or intoned making any reference to anyone’s skin color, but that doesn’t matter; since Elijah Cummings has dark skin and is a Democrat, then anything said by Trump is automatically racist.

Strike up the band, for the parade of supporters of Elijah Cummings have begun their diatribes against President Trump, and jumping to the head of the parade is the familiar face of Al Sharpton. The long-time acquaintance of Donald Trump is beating the Race Drum; Sharpton has a long history of showing up at tragic events involving a person of color and agitating the situation. He is accused by President Trump of “peddling racism and dividing this country,” and that “Al is a con man, a troublemaker, always looking for a score.” Al Sharpton’s involvement is going to follow the same old pattern of screaming about racism and economic inequity, and when Al Sharpton goes home and back to his job at MSNBC, nothing will have changed except an increase of hatred.

Sharpton and other agitators of division compete at a near Olympic level to steer the story of a tragedy, for the Socialist the angle must be about class struggle, the poor struggling against the rich. For the Race Baiters, the tragedy was caused by racial hatred, pushing the belief that perceived victim suffered simply because of their skin color. The agitators are nothing more than vultures out to gain benefit for themselves. In the middle of all of this mess, the usual lawyers show up to profit from the misery. The moment the vultures lose the camera’s eye and the moment the news editors see the story lagging, they can direct the reporters to another earth-shattering event, and the vultures disappear.

This article has had to comment on the race issue when the real story is about Elijah Cummings spending 40 years in congress and a large chunk of his district is in Baltimore, some is upscale and the rest is neglected and run down. Baltimore has a murder rate of 55.8 per 100,000 people, it has a long history of corruption, it’s crime-ridden, rat-infested, and full of empty derelict houses - the people in those neighborhoods feel forgotten and neglected. The liberal left has been running Baltimore and many other large cities for decades, and they all have common threads going through each one. Detroit, Los Angeles, San Francisco, Chicago, New York City, and Washington D.C., all have problems with high crime, high murder rates, excessive gun control laws, corruption, run-down abandoned areas, and a neglected population trapped in their neighborhoods.

Maybe Elijah Cummings should take President Trump's Advice and focus on his district and the people that live there - that would be a good idea for all the people in congress.