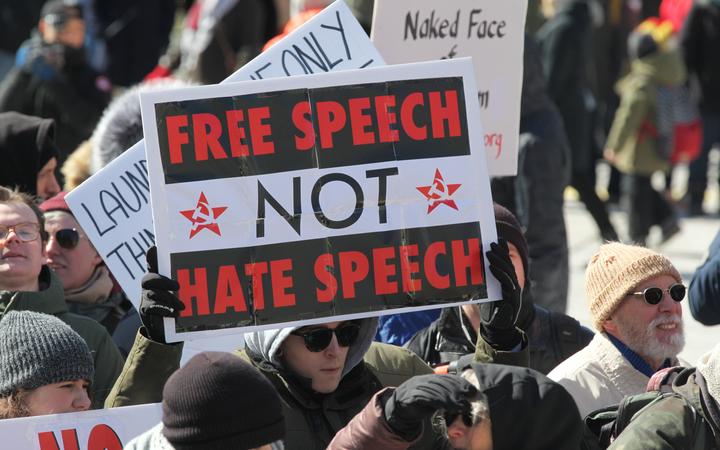 The following is a letter that is part of an on-going debate that I sent in reply to an editor of one of the many Anti-Trump/Anti-Conservative MSM ("Main Stream Media").

The editor had answered a question of mine by repeating the typical DNC (Democrat National Committee) media talking-points line that because Trump was an ignorant racist, all of his voters and supporters were ignorant racists as well.

Here is my reply to the editor.


Thanks for your reply and I likewise think that "you are an intelligent and decent person," as well. But while you find it "upsetting that I buy into Fox News propaganda," I find it equally upsetting that you as an educated editor buy into the CNN, MSNBC and WP hate-filled news propaganda

I get it that you feel you have a “duty" to express your daily outrage for Trump but remember you don’t have a monopoly on outrage and anger.

You have expressed your hatred of Trump and Conservatives

But guess what? We feel just as angry at the Democrats' despicable Anti-Americanism

And just as you feel "outrage" at the "extream ugliness" of Trump, we too feel outraged at the DNC and their lapdog MSM’s "extreme ugliness" manipulation of the truth and outright lies.

And it likewise "deeply disgusts and even frightens us.”

Why? Because they have created an entire generation of poor kids who have been cheated out of a decent education based on real history and the greatness of America by vile, smug, self-serving liberal elites. Those snobs who have the nerve to call themselves educators when all they are are petty ignorant shills for a bunch of DNC neo-Marxists who are arrogant enough to believe that if they succeed in destroying America that somehow they will be immune from the chaos and tyranny that will follow.

Why don’t any of them ever pull up stakes and emigrate to Cuba or Venezuela or the Islamic states they love so much. I’ll bet Cher would look great in a burka

I’m still waiting for all the Hollywood Dems who were going to leave to finally put their safety and luxury lifestyles where their fat, whiny mouths are and do what they promised to do if Trump was elected (i.e. "leave America").

And yeah I’m not holding my breath because they’re just as phony as their fake outrage.

So now the sneering DNC elites and their fawning puppets in the media have put up two dozen of the dimmest most gutless anti-Americans they can find and think that they can brow-beat decent, hardworking people who love America, into feeling guilty and voting for their slate of babbling, pandering shills by playing the race card ad-nauseum.

But it won’t work.

Conservatives no longer pay any attention to what your side is constantly accusing them of.

They’ve tuned it out.

Did you really think that the Dems were going to win back the middle class by insulting them?

Hillary tried and look at how well it worked out for her.

That’s why I hope the Dems and their media shills keep it up. And I think they are just arrogant enough to do it. Because you know what? The Dems and the media elite actually do think that the average middle American is an ignorant, racist boob that they must sneer at and call names to shame them into voting for them.

But it won’t work anymore. Americans are tired at being sneered at.

And the descendants of men who fought and died to end slavery and free millions around the world are tired of being insulted by your Democrat elites.

You’ve over-done it with the race card.

The Dems have beaten that horse to a pulp and they’ve got nothing else...Nothing.

They are a bunch of empty suits. And while they will certainly get all of the Anti-American votes, I still think there are enough people who love and respect this country to send their disgusting band left-wing pandering fools back to the ignominy that they so richly deserve.

So there’s my anger.

And guess what - your AntiFa and rioting protestors are not the only ones who feel it.

We have just as much disgust and condemnation for your side as you do for ours.

And this will probably come as a surprise to you, but all of those little voiceless, ignorant rednecks your side makes fun of also have as much right to their anger and disgust for the lies, corruption, and evil that your Democrats engage in, as you have for Trump and Conservatives.

It’s a two-way street - you have no monopoly on anger or truth.

So - we can either exchange rants and tell each other how much we hate each other's side and engage in pointless name-calling or realize that we both feel passionately that our respective side is right and neither is going to change the other's opinion by insulting them. And instead, exchange viewpoints and perhaps gain some insight into the opposition.

But it’s your choice.

I’m just not going to engage in the name-calling debates anymore. It is not only tiresome but pointless and counterproductive.

But like I said - it’s up to you and your colleagues in the MSM.

Either way, we Conservatives will stand by our principles.