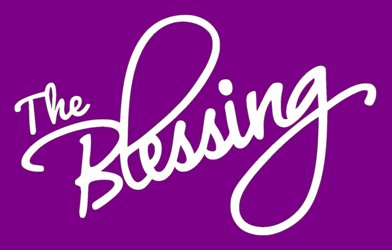 Let me set the stage for you. Several years ago, I was speaking in a large church in Manila in the Philippines. The church was in a poor barrio of Manila. A thousand people or more were crammed into an old, tattered building, designed to hold five hundred people. But the room was filled with expectant and exuberant Filipinos. The temperature in the room was hot but the spiritual temperature in the people was even hotter.

I was speaking on a subject we all have knowledge of, but dare I say, we have little revelation of. It’s too familiar to us. We know it but we don’t know it. I was speaking on the meaning of blessing. Blessing in the Hebrew means to kneel and present a gift too. The blessing can be given to someone who deserves it or doesn’t deserve it. Most of God’s blessings are given "just because!" In these cases, the person didn’t earn it, doesn’t deserve it, and wasn’t even expecting it. By giving a blessing, one is acknowledging the worth of someone or something by kneeling and presenting a gift to it.

As I was speaking on blessing, a spontaneous thought entered my mind. It was a risk, but I went for it. It was one of those amazing moments when God, the audience, the speaker and the recipient of the blessing all intersected at the same time. It was a moment we all will never forget. And now the rest of the story.

So here I am, in front of all these people, attempting to communicate the concept of blessing in a way they would understand forever. Walking down one of the crowded aisles of this church, I picked a lady out of the audience who looked very destitute. In fact, I would say she was the most destitute there. Shaking with fright but willing to go with me, I gently and slowly led her to the front of the stage in the sight of everyone.

After we ascended to the platform, we faced one another. Everyone was watching. You could have heard a pin drop. Everyone there was 100% focused on me and this woman. Then I knelt down before her. What happened next surprised everyone. I reached into my pocket and presented to her thirty dollars in Filipino pesos, which was everything I had on my person. She looked at me in disbelief.

Suddenly, she realized I was giving the pesos to her. I was blessing her, kneeling before her, and presenting her with a gift. I was blessing her…‘just because.’ ‘Just because’ means no strings attached. I was attributing value to her. Not for what she does or did but for who she is, a fellow human being made in the image of God.

She burst into cries and tears of disbelief and gratitude, overwhelmed by the gift. I imagine nothing like this had ever happened to her before. The crowd gasped as they understood what was happening. For that one moment, I felt for the first time, the significance of blessing. It was just one of those moments of illumination when God did something that transcended the personal and mental barriers of everyone in the audience, including me.

Now guess what happened. I walked down another aisle of the church and found another destitute woman, most likely a widow. I slowly and gently led her up to the speaking platform. Then I asked the first woman who had received my blessing (still in shock from receiving the blessing), to kneel before the second woman and give some of the pesos she had received from me to the second woman. She understood the lesson and quickly complied with my request. The audience was still hushed. It was an "Aha!" time for everyone.

Blessing is not legislated. It’s an inside job that comes from the Spirit of God touching the giver of the blessing to give to the one receiving the blessing. Just like God blesses us, we were blessed to bless others. God gives blessings to us in order to get those blessings through us to others.

What’s the takeaway here? The God who is Immortal, Invisible, Eternal, The Only Wise God, came from heaven to earth in an earthly form, knelt-down before us, presenting us with the gift of salvation and eternal life. We didn’t deserve it. We aren’t good enough to earn it. He blessed us ‘just because.’ It’s God’s nature. What? God knelt down to me? This should blow our minds. That gift is yours, take it. But don’t forget to share that salvation with others too.

How can you bless others? One way is extending the blessing of forgiveness. Maybe it’s time to bless someone who hurt you by blessing them. Sound crazy? That’s what God did for you. God kneeled before you and presented you with the gift of forgiveness. Don’t just count your blessings, let your blessings count. Go to them personally, write a letter, or do whatever you need to do. Bless them by presenting the gift of your forgiveness. Unhandcuff yourself from them by forgiving them. You were blessed to bless.

Ann Voskamp said, “The greatest gift of all is to become the blessing.” Joyce Lock said, “Some wish blessings, others pray for blessings, some send blessings, and some become blessings.”

I am working on that last category, how about you?