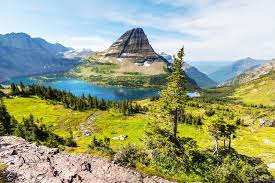 [PUBLISHER'S NOTE: This article was first published in 2011. Since we regularly receive questions from readers about the best places in the nations for Christian Patriots to live, we though it was appropriate to republish Dr. Baldwin's article. Chuck Baldwin is one of the most respected Pastor-Patriots in the nation, and a fierce advocate for the Second Amendment.]

Last weekend, we had people visit us here in the Flathead Valley of Montana from at least eight states: Oregon, Washington, Arizona, New Mexico, Colorado, Texas, Ohio, and Pennsylvania. Since my family and I moved here last October, people have moved here from at least a dozen states. And many more are in the process of moving or trying to move.

As I was speaking with an out-of-state guest last Sunday, he asked me, what was it that made you decide to move to Montana’s Flathead Valley, as opposed to Idaho or some other State? Of course, that is a very fair question. As a Christian, I believe that “the steps of a trusting man are ordered by the Lord.” So, ultimately, I believe that the superintending hand of God guides and directs those who put their trust in Him. Accordingly, I believe that our move from Florida to Montana was directed by divine providence. What follows are the reasons, factors, and philosophies that guided us to this wonderful valley.

During the 18 months between the summer of 2008 and the end of 2009, I traveled more than 60,000 miles to virtually every area of this vast country. I traveled from coast to coast and border to border. I visited huge cities and small villages. There were only a handful of states that I did not visit during that span of time.

As I traveled the country, it became very obvious to me that not every place shares the same love for and understanding of freedom. I quickly discovered that Thomas Jefferson was right when he said that big cities were the “bane” of freedom. And there are almost no exceptions to the fact that the bigger the city is, the less freedom there is. Furthermore, it is also an accurate observation that those states that are dominated by big cities (which most states are) the more difficult it is for freedom-loving people in those states to be able to actually resist the juggernaut of oppression and socialism.

In order for freedom to be defended, it will require a State, or group of states, to draw a line in the sand against this assault against our liberties, which, for the most part, is being orchestrated by Washington, D.C., and its allies in the big cities. We deduced that freedom-loving people in any State dominated by one (or a handful) of major metropolitan areas are almost helpless to defend this globalist, socialist juggernaut that is steamrolling the country.

This was a major reason that we selected Montana over Idaho (our second choice). California liberals are leaving the land of fruits and nuts like rats off a sinking ship. The economic conditions in California are driving people to surrounding states in record numbers. And many of them are flocking to the beautiful city of Boise. It’s very possible that Boise will fast become another Portland or Seattle. If this happens, the great freedom-loving State of Idaho will quickly go the way of Oregon and Washington State.

The beauty of Montana is it has no major cities that dominate the State. Missoula (home of the University of Montana) is the most liberal city in the State. The population there is a little over 90,000. Billings is the largest city in the State, and it is largely a Republican area. The population there is just over 100,000. To give readers an idea of Montana geographics: Montana is the fourth largest State in total land area (behind Alaska, Texas, and California), but the total population of the State is UNDER one million. Here’s another statistic to help readers understand what I’m saying: we live just outside the town of Kalispell. The population of Kalispell is around 20,000. And Kalispell is the seventh-largest city in the State! Montana’s lack of large metropolitan areas is a huge asset to the defense of liberty, in our opinion.

As I traveled those 60,000-plus miles, I met a huge variety of people. And there is no doubt that there are freedom-loving people scattered all over “the fruited plain.” But, that’s the problem: they are scattered. I found some wonderful freedom lovers in South Carolina, New Hampshire, Eastern Tennessee (especially in the Johnson City area), Missouri, Oklahoma, Texas, Arizona, Eastern Washington State, Utah, and the Dakotas. That is not to say that there are not thousands of freedom lovers in other states. There most certainly are!

But I also observed that people who are dependent upon the federal government are much more tolerant of the machinations of the federal government. And if you live in an area that has a large population of welfare-dependents or federal government-dependants, you are going to find yourself pretty much alone when you attempt to “rally the troops” against the federal usurpation of power. (And, yes, we have some of that problem here in Montana, too.)

My family and I believe that there are very traumatic, tumultuous days ahead for our country. We wanted to be with like-minded patriots who truly understand that there is a conspiracy at the highest levels of government, business, and religion to sell America to the forces of evil. And while Montana has its share of liberals, socialists, and environmentalist wackos, we have found more freedom-minded people (on the whole) in the Flathead Valley of Montana than anywhere else we’ve been.

I’ve been sold out and betrayed by these “good Christians” who are more statists than they are Christians, who love the government more than they love God, and who will assist the PTB in putting principled freedomists in jail - or worse! I want to spend the rest of my life among people who love freedom (and understand what that means) and who are willing to fight and die to protect it! And I believe I’ve found such people in the Flathead Valley of Montana. Come visit Liberty Fellowship here in Kalispell one Sunday, and you will see what I mean!

As we analyzed the states, we quickly eliminated all states east of the Mississippi River for geopolitical reasons: too many military installations, or too close to the belly of the beast, or too flat, or too isolated from “friendlies,” or too inhospitable to freedom principles, etc. And it wasn’t long before we felt strongly attracted to the mountain states of America’s great northwest: Alaska, Idaho, Montana, the Dakotas, Wyoming, and Utah. Colorado was dismissed for the same reason other states were dismissed: one huge metropolitan area dominates the entire State.

I am convinced that, humanly speaking, the only reason there is a modicum of liberty left in these States United is the presence of nearly 100 million firearms [Probably closer to 300 million now. Ed.] held in the private possession of the American people. As such, any State to which we would relocate had to be firearm friendly.

Montana just might be the most gun-friendly state in the entire country. Consider: the average home in Montana has 27 firearms in it. 27! Compared to most places, the crime rate in this State is extremely low. And a major reason for the peace and tranquility of this State is the fact that the vast majority of Montanans are armed and prepared to use those arms in their own defense.

Even most Democrats in Montana stand steadfast in the right of the people to keep and bear arms. Example: it was the two Democrat US Senators from Montana that, in essence, killed newly elected President Barack Obama and Attorney General Eric Holder’s attempt to resurrect the Clinton “assault weapons” ban. During the US Supreme Court Heller case deliberations, it was a Democrat Montana State administration that wrote a letter to the court and to the Obama administration warning them that when Montana joined the Union in 1889, it did so under the agreement that the federal government recognized the right of individuals to keep and bear arms, and that if now the federal government was refusing to recognize the right of the people to keep and bear arms, the State of Montana would consider its contract with the federal government (i.e., its entrance into the Union) to be null and void!

In addition, open carry is lawful throughout the State of Montana. That’s how deeply the citizens of Montana regard the right to armed self-defense. Plus, Montana is in the middle of a region of states that regard the Second Amendment just as dearly.

When push comes to shove (and it will), to be among people who are willing to fight and die to preserve their right of self-defense was a major factor as our family deliberated relocation.

I don’t think I have to convince many readers that America cannot continue on the same path it’s on forever. There is a day of reckoning coming, and everybody who has half a brain knows it! And another thing, more and more of us are waking up to is the fact that neither major party in Washington, D.C., is going to fix it. At this point, I don’t think it can be fixed in Washington! The only hope for freedom’s survival is stalwart, independent, courageous people defending liberty one State at a time. And we (my family and I) believe that the mountain states are the last best hope for freedom in North America. Now you know a few of the reasons why we chose Montana.

Let me hasten to say that I completely understand that not every freedom-minded patriot would feel inclined to relocate to the mountain states, or anywhere else! Nor should they. God is bigger than any one state or region, and He will doubtless lead His children in different ways, to different areas, and to different works. Neither am I suggesting that those of us who relocate to the mountain states are any more spiritual or any more patriotic than those who do not. I do not believe that in any shape, form, or fashion! I am simply sharing with my readers how God led us.

But I will also add that there is no question in my mind that God is bringing a remnant to Montana. I see it up close and personal every day! The gathering of eagles has begun! What it all means is yet to be seen. From the bottom of my heart, I am as excited as a kid in a candy store just to be part of it - all the betrayals and trials associated with this move notwithstanding!