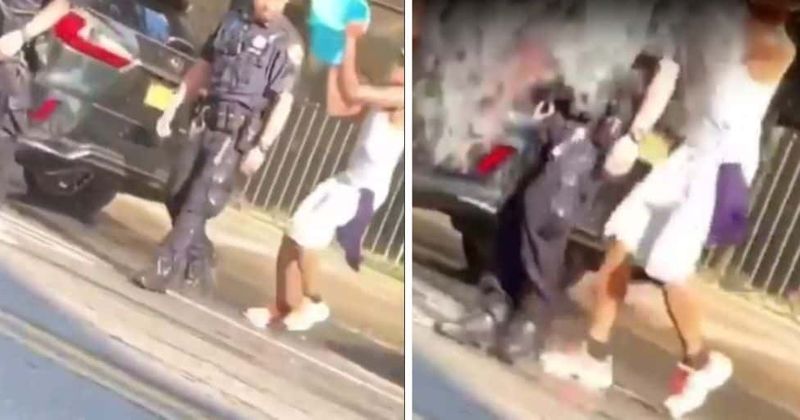 In a state of lawlessness, and in the absence of established order and governmental authority, the result is usually anarchy. Recently there occurred on the streets of New York City an event that will be long remembered and could very well set back law enforcement and result in an increase of criminal activity. This is not to say that any blood was spilled or shots fired, there were no casualties, as far as we know, and the government was not besieged. The only victims were decency, integrity and good citizenship.

The weather over the July 20-21 weekend was sweltering, summer hot, and for many debilitating, for few deadly. Reaching temperatures in the 100 plus degree range; an old trope says you could fry an egg on the asphalt. Although it is against local ordinances, the fire hydrants in neighborhoods across the city were on. Residents will usually emerge from their tenement apartments or projects to take advantage of the cooling effect, and the children will run wild in and out of the hydrants blast.

Under such a scorching heat wave, police will usually look the other way, unless someone commits an offense that threatens others. On Monday, July 22, videos surfaced that went viral on the internet that revealed in two separate incidents, one in Harlem and the other Brownville Brooklyn, groups of screaming, jeering punks attacking police officers who were in one case responding to a call, and dousing them with buckets of water from the open hydrants. Both cases presented a humiliating and embarrassing spectacle.

In both incidents, the police were responding to complaints of groups harassing residents. In one case when the officers asked the unruly to move on, they were splashed with water. Another video reveals officers attempting to make an arrest; they had the culprit and while handcuffing him on the hood of a car were being splashed with water. From somewhere behind someone tossed a bucket that hit one officer in the back of the head. What outraged many, especially police hierarchy, were the officers just turned and walked away with the culprit followed by the group cursing and mocking them while dousing them with buckets of water.

Another video shows a young woman being repeatedly doused with water as she attempts to speak with officers in a patrol car, while they remain inside without exiting the vehicle. Following the release of the videos, NYPD brass issued a statement under the heading “Finest Message” letting the force know that they don’t have to take this kind of behavior.

The head of the Police Benevolent Association, Pat Lynch, was outraged and commented “Our anti-cop lawmakers have gotten their wish, the NYPD is now frozen. It’s not the fault of the officers, it’s the end result of the torrent  of bad policies and anti-police rhetoric that has been streaming out of City Hall and Albany for years now”.

The President of the Sergeants Benevolent Association, Ed Mullins, called the videos horrific and dangerous”, while blaming Mayor deBlasio and police commissioner James O’Neill for the “lawless behavior and utter disregard for law enforcement”. Chief of patrol, Terrance Monahan, denounced the attacks and stated “the videos of police officers be doused with water and having objects hurled at them as they made an arrest is reprehensible”.

Many in the NYPD, all ranks and stations, had something to say about these events. One detective stated this is the result of the department becoming too soft in its efforts to gain back the trust and respect of neighborhoods, and a supervisor remarked “These cops should have done something, but they walked off like nothing happened; I’m seeing red”.

Usually I would end an article with my own criticisms and opinions about the issue in question, but I believe the NYPD police hierarchy has captured what most decent law abiding citizens’ feel, and have known for some time now. Suffice it to say the assaults were an egregious affront to officers of the law, and civilized society, and en existential threat to public safety.

There is a photo in a local tabloid that captures the character of a group of people mugging for the photographer that gives the impression of a crazed, unstable and uncivilized mob with little, if any, respect for the police officers and themselves. The perpetrators of this reckless lawless behavior are a disgrace to their community, the city and nation.