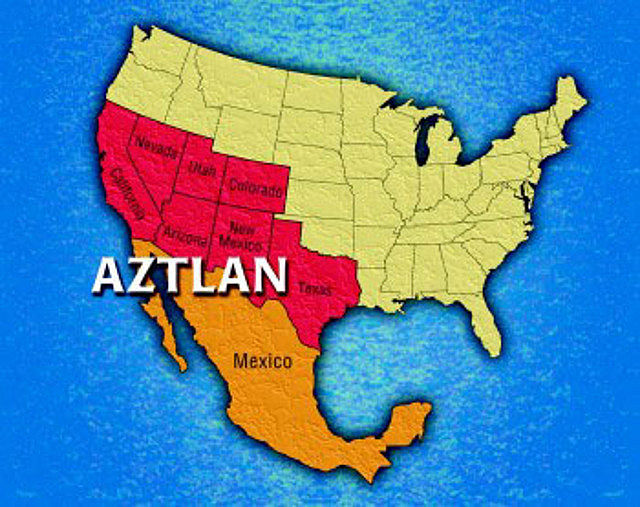 If the alleged El Paso killer’s so-called "manifesto" against Mexican “invaders” is to be taken seriously, what we have seen is a bloodthirsty backlash to a well-established political movement that seeks to diminish the influence of white voters and replace their role in American society with that of brown people and other designated minorities. This political movement favors free health care, free college, and public housing for illegals, in order to entice them to enter the U.S.

Former FBI agent Steve Hooper told the Mike Broomhead Show that the manifesto suggests the alleged killer saw the Democratic Party debate in which the candidates “all said [they favored] free healthcare [for illegal aliens], they all raised their hands. That’s what pushed him over the edge. He felt he was justified. He felt he ran out of alternatives.”

“White Nationalists Pose Urgent Threat” was the Wall Street Journal headline. But since liberals are supposed to be interested in the “root causes” of unrest, the FBI would be well-advised to examine the campaign by Latin extremists for the seizure of four Southwestern states and creation of a new nation called "Aztlan."

Founded in 1969, the Mexican-American student group MEChA, which is active on many college campuses, stands for Chicano Student Movement of Aztlan. “In its five decades, chapters of the group have been responsible for pressuring universities to create Chicano and ethnic studies programs. Chapters also raise money for scholarships and hold their own graduation ceremonies for Latino college students,” noted NBC News.

The group recently voted to remove “Aztlan” from the name not because it was offensive to whites but because it might imply “the erasure of Indigenous peoples [Indians] who are the true ancestral stewards of the US Southwest.”

Nevertheless, the “liberation” document, “The Spiritual Plan of Aztlan,” can still be found on the website. It denounces the “gringo,” the “foreign Europeans,” and “the occupying forces of the oppressors,” while calling for a “bronze continent…” An entire section is devoted to Chicano nationalism. Another section, “Action,” urges “‘self-defense against the occupying forces of the oppressors…”

As far back as 1996, Accuracy in Media (AIM) founder Reed Irvine and I were writing about the separatist Aztlan movement, based on an Aztec word that is used to describe the Western U.S. states that they hope to take over and restore to Mexico.

The title of the book, Brown is the New White, by a political strategist aligned with former President Barack Hussein Obama and House Speaker Nancy Pelosi, is designed to put whites in their place, subservient to a new ruling class.

The strategy involves deliberately overwhelming the white or European-American vote at the polls. As analyst Trevor Loudon has explained, this anti-white strategy aims to swamp a very damaged President Trump in 2020 and win with a bare majority of the vote. They’re counting on a small percentage of “progressive” white voters to join their new “Rainbow Coalition.” Then, they're going to legalize every single illegal immigrant remaining in the country, which will give the Democrats tens of millions of new voters overnight, virtually assuring them of permanent one-party rule.

At that point, in the next phase of the revolution, the “progressive” strategy will undoubtedly entertain the idea that Mexican-rights activists have a right to reclaim most of the Southwest United States as Mexican territory. If the United Nations continues its support for “indigenous peoples,” as some Mexicans in the Southwest U.S. continue to define themselves, we can anticipate the world body joining the effort to dismember the U.S., turning over some states to Mexico and perhaps others to “native Americans.”

The United States of America will be no more.

The destruction of the white majority has been an open objective of liberals and “progressives” for years. President Bill Clinton in 2002 had said he believed “an America without a white majority is a worthy destiny.” Clinton had told a small gathering of black columnists that, “Along with our founding, which was an act of genius, and the freeing of slaves in the Civil War and the long civil rights movement, this will arguably be the third great revolution of America, if we can prove that we literally can live without having a dominant European culture.”

Obama’s “Brown is the New White” strategy is the current practical approach to making Clinton’s vision a reality.

Rep. Nancy Pelosi said on February 7, 2018, that it’s “beautiful” to think of white America turning brown, saying, “I am reminded of my own grandson. He is Irish, English, whatever, whatever, and Italian American. He is a mix, but he looks more like the other side of the family, shall we say. When he had his sixth birthday, he had a very close friend whose name is Antonio. He is from Guatemala, and he has beautiful tan skin, beautiful brown eyes, and the rest. This was such a proud day for me because when my grandson blew out the candles on his cake, I said: ‘Did you make a wish?’ And he said: ‘‘Yes, I made a wish.’ We said: ‘What is your wish.’ He said: ‘I wish I had brown skin and brown eyes like Antonio.’ It was so beautiful, so beautiful. The beauty is in the mix. The face of the future for our country is all-American, and that has many versions.”

So a boy with an impressive European-American background is being encouraged by his grandmother to turn his back on his heritage – and America’s founders.

The late Larry Grathwohl, former FBI informant in the Weather Underground, understood the significance of a 2009 book by former communist terrorists Bill Ayers and Bernardine Dohrn, entitled, Race Course Against White Supremacy. Grathwohl said they always regarded Barack Obama, whose political career they sponsored, as a tool - a puppet - to use against white America. Ayers and Dohrn had declared America’s founders to be “white supremacists,” to be replaced by such figures as Karl Marx and Che Guevara.

Some students who applaud the vision of a non-white majority future may have gone to the University of Illinois, where Ayers was an instructor. One of his courses featured a book titled Pedagogy of the Oppressed as required reading. Author Paulo Freire, a Brazilian Marxist, declared: “This, then, is the great humanistic and historical task of the oppressed: to liberate themselves and their oppressors as well.”

It turns out that the Freire book was required reading in “Raza Studies” or Mexican-American courses in the high schools in Tucson, Arizona. Other required books were Occupied America by Rodolfo Acuña, a professor emeritus of Chicano studies at California State University in Northridge (CSUN), and Prison Notebooks by Antonio Gramsci, the Italian Communist.

Occupied America, the fifth edition, includes an image of Fidel Castro on the front cover, and Castro and Che Guevara on the back cover. It refers to white people as “gringos” and actually includes a quotation on page 323 from someone angry over the cancellation of a government program. He declared: “We are fed up. We are going to move to do away with the injustice to the Chicano and if the ‘gringo’ doesn’t get out of our way, we will stampede over him.” The individual “attacked the gringo establishment angrily at a press conference and called upon Chicanos to ‘Kill the gringo,’ which meant to end white control over Mexicans.”

Whether they intend to “kill the gringo” or just take their land, the message suggests a seizure of power and the end to a way of life. This threat has to be taken seriously by the FBI, already under pressure to monitor “white terrorists.”

In order to avoid more bloodshed, political leaders, including President Trump, have to understand the grievances of white voters, so their anger can be channeled into democratic channels. At the same time, whites have every right to peacefully advocate policies advantageous to their race.

Demonizing white people and denying their advocates access to the public square, in the form of the Internet and social media, can only cause desperate people to take matters into their own hands and generate more backlash.

But panicked by the liberal media into acting, the White House meeting on Friday about online “extremism” with representatives of Internet and technology companies could quickly degenerate into calls for more censorship.

As strange as it may seem, those who honor and want to celebrate the legacies of George Washington and Thomas Jefferson could even emerge as potential targets of censorship and FBI surveillance.