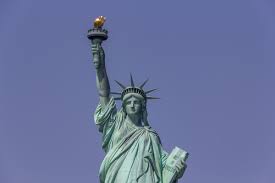 America is a great, grand, and glorious nation, not perfect by any calculation, but the most fair, generous, and freedom-loving nation in the world. Recently, we have heard many from the left field and right field talk about our founding fathers (and mothers) and our founding documents; however, it seems much is being overlooked. Consequently, I wish to reveal the truth, causing some heartburn.
It must be remembered that I want to explain origins, not our present day. I will get to modern-day America but we must look at our beginning. The farther one peers into the past will help him perceive and provide for the future.
The USA was founded by white (gasp), Christian (gasp, gasp), gun toting, homeschooling Englishmen who, after much patient frustration, fought their own ancestors to gain independence and legally became the “People of the United States.” The newly created “People of the United States” formed a nation for “Ourselves and Our Posterity” according to the first paragraph in our Constitution.
Our founders were not interested in people in other parts of the world.  They were not interested in proving to the world how broadminded they were. They were not concerned for people of other regions, religions, or races, but were concerned for “ourselves and our posterity.” That meant and still does, “ourselves and people like us.”
That meant “American first!” And that was true until recent years when it became selfish and vile to practice that wholesome maxim.
Were our founding fathers unloving, unkind, un-American (!) or only unthoughtful? Should they have organized a special action of Congress to seek with missionary zeal, the “tired…poor… huddled masses yearning to breathe free”? Should this struggling nation have allocated funds to bring people unlike them to the new nation to add to the diversity?
We are told that our strength is in our diversity but the fact is our strength is in our unity. It is noteworthy that African nations, China, and the Muslim nations never speak of diversity. Wonder why?
Early Americans had similar beliefs about free enterprise, similar (but not the same) beliefs about religion, the same language, and the same general culture. While having similar backgrounds was helpful in producing mutual support, sympathy, and success, it did not mean we disliked others. It only meant that whatever decisions we made, whether economic, religious, political, domestic, or foreign, the first thought was to put America first. Only a fool says otherwise.

President Donald Trump made it clear to the world during his Inauguration speech that once again the U.S. would make decisions based on the principle of putting America first. The media mavens got their knickers in a very uncomfortable knot because of that new operating principle. How dare Trump suggest such an un-American concept! To the media, the very thought is not only annoying, audacious, and aggressive, but also abrasive!
The radical leftists believe that the U.S. should put every other nation first when making decisions that affect the U.S. Of course, they don’t expect other nations to have such a stupid policy but America must never again follow policies, practices, and programs that always put America first!
The American people should help other nations in times of disaster as we have always done, but U.S. political decisions should be made asking, “Will this strengthen or weaken our nation?” Then do what is best for the U.S.
It is insane to make decisions that are not beneficial to America. Would any of these non-thinkers suggest that a family should not make decisions based on what is best for them? One media darling suggested that it was racist to put America first. But then, everything is perceived to be racist these days.
The Los Angeles Times pontificated, “And what would it mean if all countries are left free to pursue their narrow self interest?” Of course, all nations should be free to pursue their own interest! Have these people lost their minds, or are they so saturated with leftist ideology that this is their instinctive reaction to reality? A responsible public official will consider all the ramifications of a matter and then do what is best for America. It is incredible that this is even open for debate.
America – first, last, and always! Liberals scream “bigotry”; but most sane, sensitive, and sincere Americans believe that we don’t have to apologize for putting our national interests first and wanting to keep America, America! It does not mean that we are by nature superior to everyone else, nor does it mean that we wish anyone else ill. It simply means that we like what we have here, although we would like to remove the crime, hatred, perversion, abortion, etc. It would be abnormal if we did not want America to continue to be America. We even like to share it with others, but we won’t have it to share if we don’t maintain it!
The signers of the U.S. Constitution were white and most were Protestant. Most of the signers were “American-born and of Anglo-Saxon origin. The eight foreign-born...were all natives of the British Isles. Except for Charles Carroll, a Roman Catholic, and a few Deists, every one subscribed to Protestantism.”
There were only about 2,000 Jews in America in 1776 and in Charleston, SC, “almost every adult Jewish male fought on the side of freedom.” Moreover, a wealthy Jew Haym Salomon lent our fledging government $200,000 which was never repaid - and he died bankrupt. This was an amount worth tens of millions today; an amount that likely saved the Revolution.
With the Fourteenth Amendment, people who were not like “ourselves and our posterity” became citizens; and along with our generous admission of many others, it produced discussion, debate, division, and disruption.

One of my readers suggests a striking analogy likening the U.S. to the Ship of State “owned and operated by the Posterity of the founding generation [that] has been authorized by the 14th Amendment to pick up ‘hitchhikers’ as an act of hospitality.” Over the years, many hitchhikers have come on board and many shipwrecked have been rescued. They they have been generously and graciously received, and have often made impressive contributions to America.
There are now many recent hitchhikers on board who know little or nothing about our history, and consequently have little humility or gratitude for what America is. They have become so loud and powerful that they have lost any early vestige of appreciation. They seem to think they were “ourselves and our posterity” although they came on board much later. Some of them, including Members of Congress, want to not only take over the Ship of State, but also to change its registration, the ship’s log, destination, etc. A case can be made that it amounts to a mutiny and we are sailing in a different direction toward a hostile and foreign port.
The U.S. has opened its heart and doors to permit many others who were not like “ourselves and our posterity” to be accepted among us. This has added much to our nation but not without danger. Those who have been invited on board should smile and say with gratitude, “Thanks.” And the mutineers? Well, they can go back to their ancestral home on the next ship.
It is treason not to put America first.
Copyright ©2019
Read more by Don Boys, PhD
Tweet