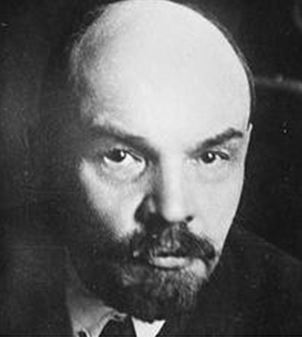 “Give me just one generation of youth, and I’ll transform the whole world.”
~ Vladimir Ilyich Lenin

“Give me four years to teach the children and the seed I have sown will never be uprooted.”
~ Vladimir Ilyich Lenin

“Destroy the family, you destroy the country. The way to crush the bourgeoisie is to grind them between the millstones of taxation and inflation.”
~ Vladimir Ilyich Lenin

While we were sleeping California passed SB524 and has set in motion the necessary precedent to shut down Christian Education in America. Yes, you read that right. "Standing for Faith" writes, “On the surface, this looks like a positive bill that is intended to ensure safe environments for children. However, when you look more closely, you will see that the bill is so broad and vaguely defined, that it has much more far-reaching repercussions than it implies.”

The new amendments that SB524 creates in California Health & Safety Code CCR § 1502 will force all boarding schools in California to be licensed by Community Care Licensing. This will set a precedent to restrict all religious schools from teaching their beliefs to students and will further violate parental rights. The key is the term “behavior-based services” which is left largely undefined. So any residential school that provides “behavior-based services” will be treated as a group home. A structured environment could be interpreted as a “behavior-based service” which would mean schools that have a certain expected behavioral outcome. Again, Standing For Faith states “This lack of definition gives CCLD carte blanche to claim almost anything is a behavior-based service and force any boarding school into CCLD’s licensing structure. This is only the beginning of what will inevitably affect all private schools (residential AND standard day schools) in California and eventually, across the country.” And finally “Additionally, this bill impacts any faith-based agency or organization that attempts to care for children and will preclude them from doing so as a faith-based organization. As Christians or any person of faith, we need to take a stand that it is unacceptable for the state to have sole authority over the care (and soon education) of children.”

California, the State is pushing sexual orientation and gender identification curriculum on grammar school students by asking them to question their God-given sexual orientation. This is where they introduce the use of condoms at fourth grade and have condom races where they have to describe the three forms of insertion V(Vaginal) O (Oral) A(Anal) with graphic descriptions of how each is performed while sliding the condom onto a full-size rubber model of a fully erect male penis.

Now they are attempting to outlaw all Christian education by forcing Christian education to include teaching the aforementioned sex education and their theory of gender fluidity and the practice of homosexuality as normal. This includes the homeschool environment because at home parents use “behavior-based services” in the form of instruction and expected behavioral outcomes.

California Community Care Licensing is testing their new authority on River View Christian Academy (RVCA) which is located in Northern California. It is a part of Teen Rescue, an organization I have personally supported, and have known a number of people who have gone through their program and it has changed their lives for the good in every case.

The State of California, based on some wild internet rumors claiming that RVCA was stockpiling guns and drugs, invaded the school with a SWAT-style raid which of course turned up nothing. The State, however, has not backed down and now using SB524 as their basis are demanding the school change its core principals and bow to their demands to embrace unbiblical teachings. A lawsuit has been filed and the outcome is still in question, but the chilling actions of the State are a warning to all in Christian Education in the entire state of California - as we have already seen the liberal progressive ideology of California pushes its way into other states as well.

The battle lines have been drawn. While we were sleeping California has attempted to steal our children and change the education landscape in our country forever. Please, for our children's sake, wake up and get in the game. Attend your local School Board meetings. Become engaged in your state's education policies. Find out what your children are actually learning, and defend your right to guide your child’s education. Their future and the future of our country depend upon your actions today.