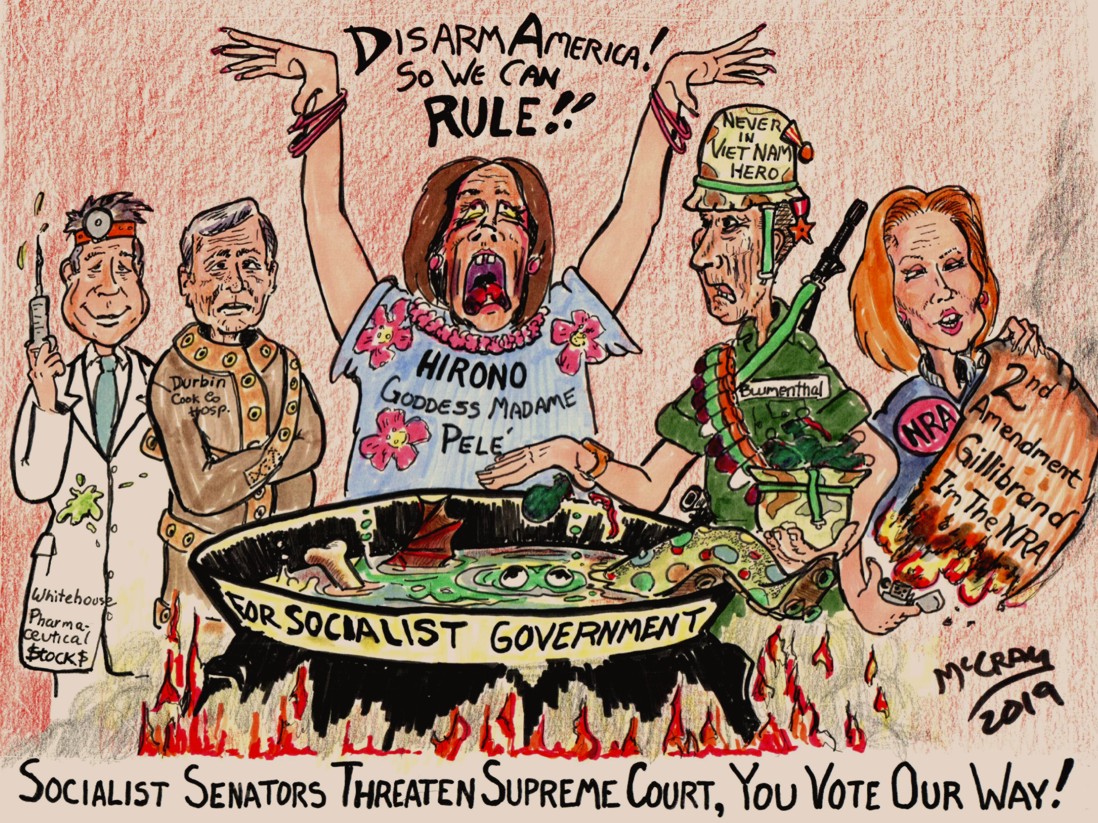 The New York State Rifle and Pistol Association has a long-standing lawsuit against the City of New York for trampling on the rights of legal owners of firearms. The New York City law highly restricts the movement of licensed firearms to only one of the 7 gun ranges in the city, where a record is maintained as to time, place, firearm, ammunition, residence, etc… This is nothing more than massive harassment of those who obey the law, criminals don’t care and avoid this by just ignoring the gun laws like any other law that gets in their way.

In an effort to avoid appearing in front of the Supreme Court, the City of New York, knowing that they’ve gone too far, tried to amend the law by relaxing some of the restrictions, thus making the challenge to the law a moot point. The plaintiff, the New York State Rifle and Pistol Association argued that even with the changes, the law is still in violation of the 2nd Amendment, and want a firm decision similar to the Washington D.C. vs  Heller 2008, and Chicago, ILL vs McDonald 2010, reaffirming 2nd Amendment gun rights.

To threaten any court, especially the highest court in the land, is a direct effort to influence and interfere with the Supreme Court’s mission. To threaten a federal court in order to affect a decision is to ‘Obstruct Justice,’ and also falls under threats to public officials. The question is, are we going to see any legal action against Senators, Maisie Hirono D-Hawaii, Sheldon Whitehouse D-RI, Dick Durbin D-ILL, Richard Blumenthal D-Conn, and Kirsten Gillibrand D-NY. Probably not, they know that no one will touch them; the so-called Democrats have gotten away with outrageous statements and actions for so long that they feel that no law or rule pertains to them. So much for the rule of law and for equal branches of government.

This action is one of desperation, the left’s naked grabs for power have been stymied by President Trump’s keeping his promises, sidestepping their attacks, making political appointments, and with growing economic and employment numbers. The so-called Democrat’s entire political position has been structured around defeating Trump in the 2020 election. All efforts have been positioned to obstruct the Trump administration regardless of the topic, to make Trump look impudent and ineffective as a President. Most of the left-wing politicians can’t come to grips with handling Trump, as he is a success-driven businessman who has a job to do, who is used to handling hard-head construction workers and union bosses. Most of these politicians are not business-oriented, never met a payroll, construction deadlines, and never got their hands dirty, doing a thing called work; their specialty is wordsmithing, better known as a BSer.

The parade of lunacy of the congressional left-wing’s efforts to stop Trump has resulted in nothing accomplished for the good of the nation, everything they do is for their ‘PARTY.’ For the last 2 years of propaganda, outright lies, and socialist show trials, the left has produced nothing of value; this bunch is now highly qualified for positions in the governments of places like Cuba, Nicaragua, Venezuela, China, North Korea, and Putin’s recreation of the old Socialist U.S.S.R.

All that the political left and their socialist news media propagandists have offered have been messages of hate, racism, bigotry, antisemitism, disarming the people, and undermining our constitutional government. All of this garbage about banning assault weapons has nothing to do about stopping crime or public safety, it is about controlling the people and establishing a National Socialist-style police state, that the congressional left wants to run.