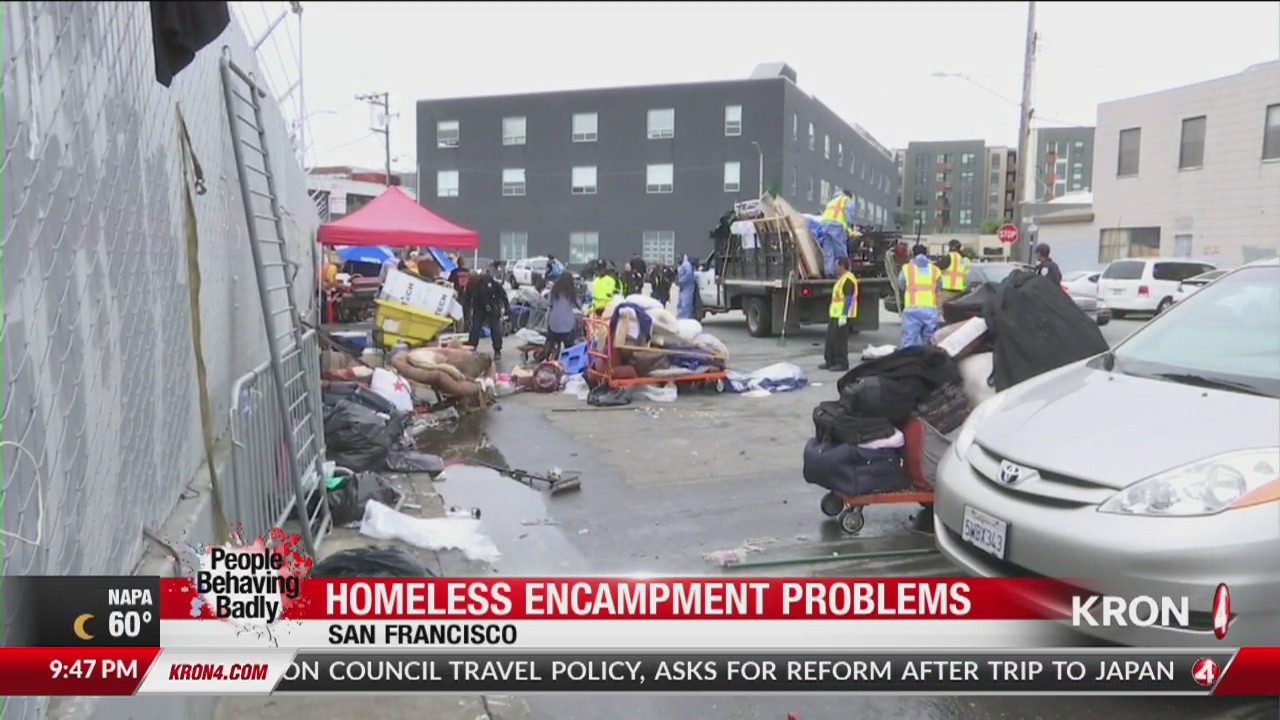 Throughout most of its history, San Francisco has been known as the beautiful “city by the bay.” It has wonderful scenery, the Golden Gate Bridge, the cable cars, Pier 39, among other wonderful cultural attractions. Sadly, it is also led by unhinged progressives who are in the process of destroying this unique city.

While there is incredible wealth in San Francisco, along with plenty of high-tech corporate headquarters, there is also a growing poverty crisis. Currently, according to the city’s own definition, there are approximately 10,000 homeless people living in San Francisco. This represents a shocking 30% increase in just the last two years.

Not only are poor people living in tents, cars, on the sidewalks, and under bridges, but they are also defecating and urinating on the streets. In a recent survey of downtown San Francisco, 300 piles of human feces were discovered by investigators. This has forced the city to hire a squad of employees dedicated to cleaning up the increasing mess of bodily waste on the streets.

Of course, with thousands of people using the streets as a bathroom, the rodent and health problems have exploded. San Francisco has become not only an eyesore, but a biological hazard, which could lead to the spread of deadly diseases such as rotavirus, hepatitis, and HIV among many others.

The calamity has been aggravated by a breakdown in the criminal justice system as liberal judges refuse to put offenders in jail. Recently, a homeless man, Austin Vincent, with a record of assault and attempted robbery was released by Superior Court Judge Christine Van Aken. After an uproar from the public and other city leaders, the judge did not reverse her decision and send the disturbed man to prison, but she allowed him to remain free with an ankle monitor.

San Francisco is the home of tolerance for criminals, which has a direct impact on the homeless catastrophe. It was also exacerbated by the passage of Proposition 47 by California voters in 2014. The measure downgraded the punishment for certain “non-violent” crimes such as forgery, shoplifting and using illegal drugs. With fewer drug-addicted people in prison or in treatment, more have found a home on the streets of San Francisco.

It seems clear that a tolerant attitude towards drugs in San Francisco has accelerated the homeless problem. Among the homeless are drug-addicted zombies who are given free needles in the city so they can shoot up and continue their unhealthy lifestyle.

An amazing total of 4.45 million free needles are given away by the city every year. It should surprise no one that this program increases not only drug addiction but also trash in San Francisco as the needles end up as litter on the streets.

Along with the drug-addicted, the homeless population also includes mentally ill individuals who are not being served in the area hospitals. In addition, some city officials are blaming the skyrocketing housing prices for forcing residents onto the streets. For example, a yearly income of over $117,000 for a family of four is not enough to survive in San Francisco. According to the Department of Housing and Urban Development, it would qualify for low-income status in the city.

Thus, San Francisco is a tale of two cities, one for the uber-rich and the other for the struggling middle class and the poor who cannot survive financially. Liberal leaders have not been able to grow the middle class, deal with the homeless problem, or keep the city safe.

Rather than worry about the growing number of victims, city leaders seem to be more concerned about how criminals are treated. For example, the San Francisco Board of Supervisors recently passed a resolution that targets such words as “felon,” “inmate,” “convict,” or “prisoner.” According to the geniuses on the board, such words are “dehumanizing” and “make the institutionalization of racism and supremacy appear normal.”

Thus, in the Orwellian city of San Francisco, it preferred that phrases such as “currently incarcerated person,” or “young person impacted by the justice system” be used to replace the supposedly racist language.

Clearly, San Francisco is not dealing with the liberal policies at the root of such problems as homelessness or crime. Instead, city leaders are attacking the language so they will not be accused of racism and criminals can feel better about themselves.

This is a city with “woke” leaders desperately trying to implement the latest politically correct polices, while problems are exploding on their watch. It is a sad state of affairs, and in fact, it might be called criminal, but, unfortunately, that word is no longer allowed in San Francisco.