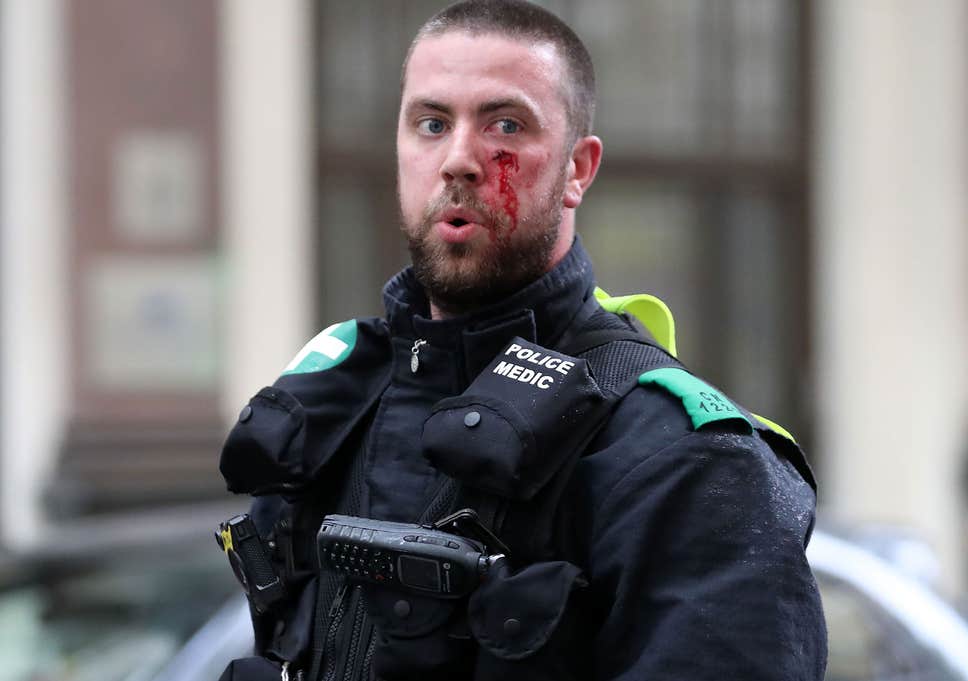 This will be the third article I have written, in succession, dealing with law enforcement. Although this was not my original intent, events have recently occurred that demand further discussion of this issue. Previously I wrote about an incident in New York City in which officers of the NYPD, responding to a call for assistance, were doused with water by an unruly mob. This was followed by an explanation of the “Fire Pantaleo” chant at the second debate.

It would seem that law enforcement in America is under siege and that assaults on police officers could very well become commonplace. On Wednesday, August 14 (2019), 6 Philadelphia officers were shot while attempting to serve a warrant for a drug arrest of one Maurice Hill, a 36-year-old with a lengthy arrest record.

According to reports, the suspect was holed up in a residential home with a handgun and AR-15. There were said to be several other people, including two officers inside; whether they were hostages has not been determined. A standoff ensued that lasted approximately 8 hours, until midnight. Tear gas was eventually fired into house and Hill surrendered. Thankfully the officers, both inside and out of the house, injuries were not life-threatening.

What made this incident so dangerous and troubling, like the dousing of officers in New York, was that while Philadelphia police were engaging the suspect, who fired over 100 shots at them, they had to face a jeering and threatening mob that was taunting and shouting vile anti-police rhetoric.

William M. McSwain, the U.S. Attorney in Philadelphia, placed blame in a statement issued for this vile and disrespectful behavior on the newly elected progressive District Attorney Larry Krasner. McSwain is quoted as saying Krasner has championed a “new culture of disrespect for law enforcement,” and “It disgraces the Office of the District Attorney, and harms the good people of Philadelphia and rewards the wicked.”

According to McSwain, the problems police are now facing began at Krasner’s electoral victory party where chants of “f—k the police, and no good cops in a racist system” could be heard without condemnation by District Attorney Krasner, a former civil rights defense lawyer, who has been known to refer to the police as “racist, corrupt,” and comparing them to “Nazi war criminals.”

In other incidents on August 14 and 17, New York City officers were physically threatened while trying to make an arrest when an open container of Chinese takeout food was hurled at them. Several days later, police responded to a call for assistance, and while on the scene were pelted with debris thrown from windows and rooftops.

The NYPD rank and file cast blame on the mayor and other local leaders for creating an anti-cop climate. The Police Benevolent Association issued a statement that read “Thrown noodles aren’t half the story here: a disorderly crowd felt emboldened to physically interfere with an arrest.” It went on to say “A chaotic and dangerous situation for all involved, and this is the atmosphere that City Hall has created on our streets.”

In a recent speech, Attorney General William Barr defended the men and women of law enforcement and denounced the flagrant and vile antics of the mob. His comments were profound and I’m certain greatly appreciated, and in part included “Human beings are capable of great good, and also of the basest evil. Even in a healthy society, violence, lawlessness, and predation lie just below the surface. In the final analysis, what stands between chaos and carnage on the one hand, and the civilized society we all yearn for is the thin blue line of law enforcement.”

When you consider all the stress and strain, both mental and physical, that police officers have to endure, and the lack of support from their superiors, is it any wonder that the suicide rate among police has reached epidemic proportions. For 2019 there have been more than 120 suicides nationwide, and 9 in New York City.
Someone once said, “Disorder makes nothing at all, but unmakes everything.” What is happening in America today is both a travesty and national disgrace. We face imminent danger; I believe there is a sinister force at work that seeks to create havoc and unrest. The people should be enraged and must rise up in support of law enforcement, and demand remedial action is taken at the local and federal government levels before it’s too late.