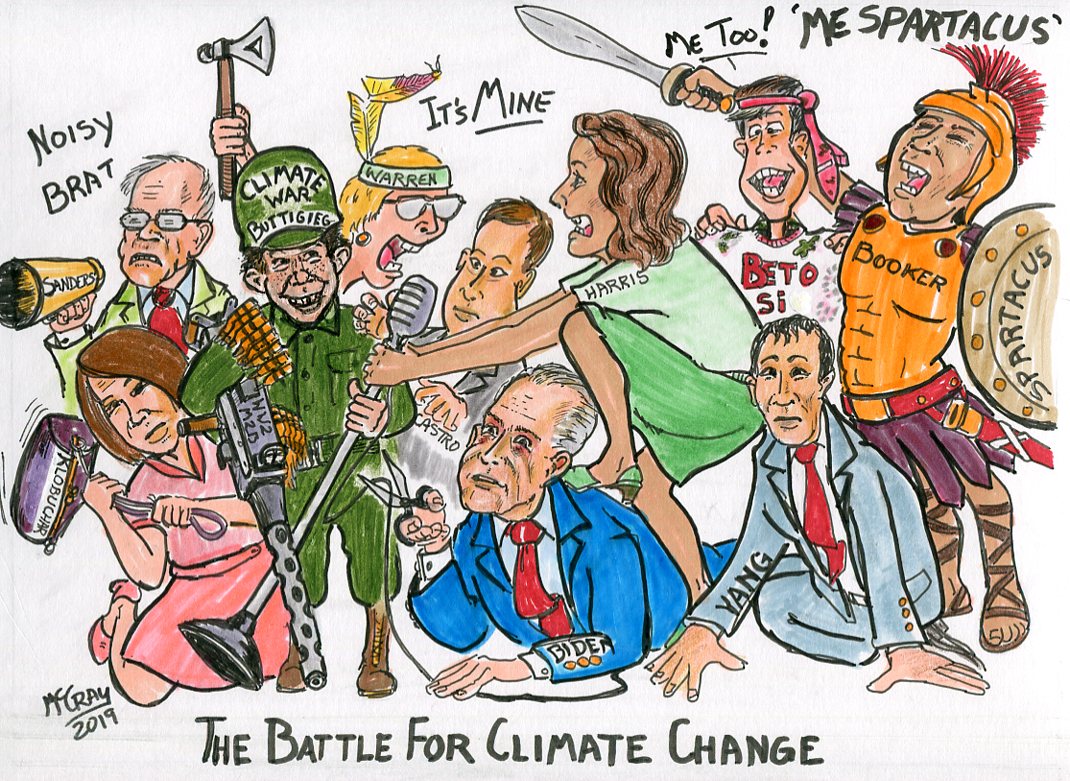 The sky is falling, the sky is falling, the world will end in 11 years, the oceans are rising we are all going to drown. This was the mantra of the left-wing candidates for President, at the CNN’s 7-hour marathon town hall, which aired on 4 Sept 2019. Candidates Sen. Bernie Sanders (D-VT), Joe Biden (D-Del), Sen. Kamala Harris (D-CA), Sen. Amy Klobuchar (D-MA), Businessman Andy Yang (D-NY), Sen. Cory Booker (D-NJ), Rep. Robert O’Rourke (D-TX), Sen. Elizabeth Warren (D-MA), Mayor Pete Buttigieg (D-IN), Julian Castro (D-CA), were spread out over seven hours for them to present their position on Climate Change.

If anyone was expecting an intelligent discussion on topics that are important to the United States, forget it, it was a droning marathon of one-upping the other on who is more extreme on Climate Change. They should have waited till Halloween to carry out this scare-fest - the world is under attack from gas-emitting cows with big carbon footprints, creeping plastic straws, no more meat for your cheeseburger, the elimination of gas-powered cars, we are all going to drown, and that we have only eleven years left to solve the crisis.

CNN – Cable News Network which presented this Global Warming – Climate Change Town Hall suffers from the same malady as the ten politicians, who have committed to the cause of Climate Change as if addicted. Either they have sold the Global Warming/Climate Change story so long they believe it or they are part of the Socialist effort to deliberately misinform the public in order to help institute Socialist single party governmental controls on the public.

CNN can’t play dumb on the subject as they have been duly informed of the Climate Change Hoax by the Co-Founder of the Weather Channel, John Coleman, among others. Appearing on the CNN program ‘Reliable Sources’ with Brian Stelter on 14 Sept 2014, John Coleman pointed out that there is no scientific consensus when it comes to Global Warming. Stelter countered that 97% of government, NASA, and other institutions accept Global Warming as settled science. Coleman refuted the claims of Global Warming and government climate science studies, that they were all about the money and scientists who wanted their paycheck. In other words, bought and paid for, supposedly $2.5 billion was available for climate science that agreed with the government’s position.

Coleman stated that 31,487 scientists, 9,000 of them with Ph.D.s in atmospheric science, had signed the ‘Global Warming Project Petition’ that was started in 1998 to refute the Global Warming Hoax. The scientists stated that “there is no convincing evidence that human release of carbon dioxide, methane, or other greenhouse gases is causing or will, in the foreseeable future, cause catastrophic heating of the Earth’s atmosphere and disruption of the Earth’s climate”

One of the notables that signed the petition below against the Climate Change Hoax was Edward Teller, the creator of the Hydrogen Nuclear Bomb and leading physicist of the Cold War. 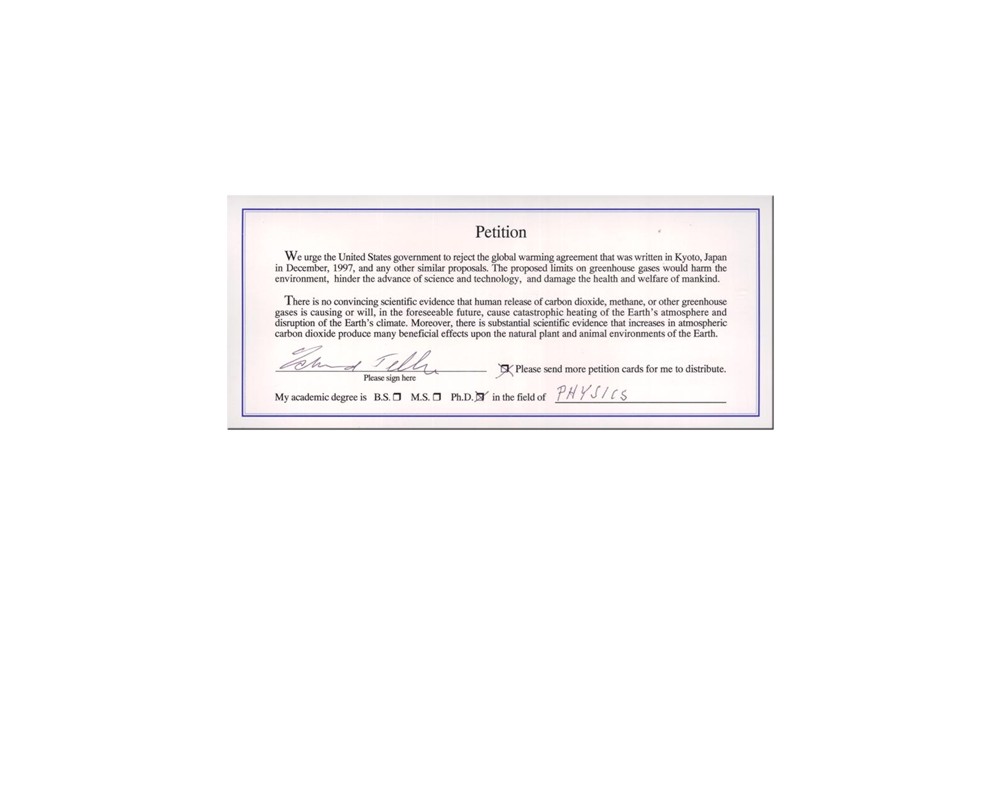 Those of us who received a proper education in the basic sciences in third and fourth grade before the education programs in the public schools were watered down, were taught that carbon dioxide is a major component of photosynthesis which turns plants green and produce the waste gas of ‘oxygen’ which we humans and most other creatures need to breath.

Looking back over the past 2,000 years of world climate history, in a 2007 review, scientist Fred Singer and Dennis Avery conducted two studies. The first reviewed the work of 500 scientists and determined that the ongoing warming of the earth is not caused by greenhouse gases. The current warming is part of the normal heating and cooling cycles that occur every 1,500 years. The second study looked at the cold and warm period over the past 2,000 years and pointed out that the cold period of the Dark Ages and the Little Ice Age caused more harm to people and the environment. The warm periods resulted in historic floods on the Nile, production of wine in Britain in the first century, and noted ancient paintings with sunny skies depicting the time known as the Medieval Warming that reflected the temperature fluctuations.

The entire Global Warming Hoax is a politically driven device that was created in the United Nations to take control of governments around the world by imposing controlling regulations under the guise of climate protection. This Socialist-driven hoax clearly shows how willing the media and politicians will sell out their countries for political advantage and power.