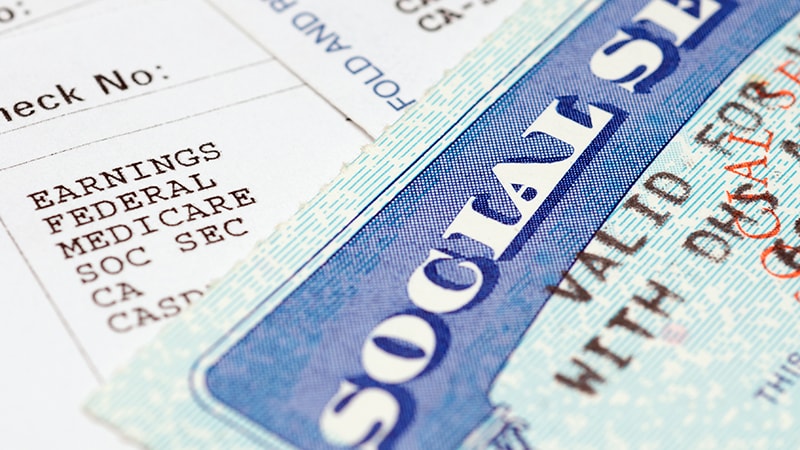 Social Security must be saved and soon. As it is projected to run out of money in 2033, even people I talk to who are in their fifties feel that it will not be around for them.

This situation provides a great opportunity for Donald Trump and Republicans in 2020 if they just begin to solve the problem. Although our President has indicated he will not touch entitlements, doing so would be a great help to him if he did it in a positive way. While with the current makeup of Congress it is unlikely that any rapid improvement will be made, just presenting a good plan could be a winner for all Republicans.

Social Security was created as part of President Franklin D. Roosevelt’s New Deal with the signing of the Social Security Act on August 14, 1935, and has been among the more popular of all government programs.

Today many Americans believe in error that the money deducted from their paychecks is held by the government in a single account to pay claims later on. In actual fact, the government is simply using that deducted money to pay for its daily operation.

It simply issues an IOU to the Social Security Administration and uses the money for other things. This must be changed.

Almost all solutions presented so far to solve Social Security’s financial shortfall involve reducing benefits or increasing taxes. A better way as a first step would be to recognize that the FICA taxes deducted out of each person’s paycheck is their own money. And following that recognition let each person invest at least a part of the money in a controlled way in their personal private retirement investment accounts.

In a great piece in the Wall Street Journal, Jeff Yass and Stephen Moore suggest that 10% of a workers paycheck should be allowed to be invested in a low fee index fund of roughly two-thirds stocks and one-third bonds. They cite the fact that although the stock market is volatile in the short run, over forty years its return averages 6%, much more than they assert is the government’s 1%. How that 1% is arrived at I do not know, but in any event, I would take their approach a step further and allow a small percentage of that total amount to be invested in whatever stocks the worker decided on. Risk-taking and a better knowledge of our capitalist system would then again become a part of the American character. And in any event, it would move capital from the inefficient hands of government to the more efficient hands of enterprises which have been the source of America’s prosperity since its founding.

There would be further benefits. Fraud would be eliminated since each and every American would be watching his or her own money rather than the government watching it and not seeming to care very much. This lack of caring is evidenced today by many disability payments which are obtained fraudulently, and by checks which are given to people who are no longer above ground. Another benefit is that with the new system, money would be more heavily invested in revenue-producing businesses rather than the government, resulting in tax revenue to the government increasing substantially.

Why has this not been addressed before? Likely because the members of Congress in both parties realize they need the FICA tax money to fund their own often wasteful projects. So a transition period likely would be necessary. If so maybe states could compete for the right to be the first to adopt the new program. It could be piloted in one state for a year or two using the tried and true method of business, gaining from lessons learned, before expanding to all 50 states. Compare this wiser approach to the implementation of Obamacare nationwide by Democrats which failed miserably virtually everywhere.

If President Trump and all Congressional Republicans took up this investment approach and explained it clearly and relentlessly to the American people - who I believe would overwhelmingly support it -  it could be very helpful in making great gains in the 2020 elections.