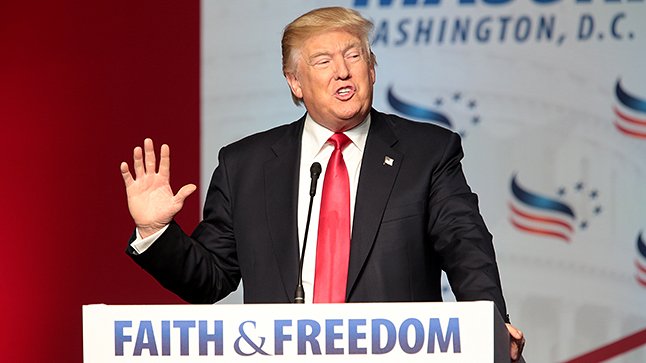 Christianity is the root of all democracy, the highest fact in the rights of man”, Novalis

Since the 2016 presidential election, many of the president’s detractors in the Democratic Party, the media, and among the progressive left, have expressed their bafflement with Christians, especially Evangelicals. It’s about their support of a president of questionable character and whose history, according to some, is antithetical to the tenets of the faith; it is indeed a conundrum to the naysayers.

According to the Pew Research Center, the breakdown of the Christian vote for candidate Donald Trump in the 2016 presidential election was as follows:

Whenever the discussion comes up, the term hypocrite is usually directed at Christians for what is perceived to be the compromising of their faith. What most of them fail to realize, or perhaps they do, is that Mr. Trump is possibly the most pro-life president in recent memory. This together with the Democratic Party’s radical and extreme position on matters of religion, family, and traditional values, I believe is enough reason for the overwhelming Christian support for the president. I’ll elaborate further and hopefully enlighten the skeptics.

President Trump has on a number of issues revealed his conservative and pro-life bona fides with executive orders, which in many cases were reversals of his predecessor President Obama. This is particularly the case when it involves abortion. The president has stated on social media, “As most people know, and for those who would like to know, I am strongly pro-life, with these exceptions - rape, incest, and protecting the life of the mother, the same position taken by President Ronald Reagan.”

In another social media post, Mr. Trump stated, in part, “We have come very far in the last two years; (there) is a whole new and positive attitude about the Right to Life. The Radical Left, with late-term abortion, and worse, is imploding. We must stick together and win for Life in 2020. If we are foolish and do not stay united as one, all of our hard-fought gains for Life can, and will, rapidly disappear”.

Recently the administration issued a ruling that made an adjustment to a section of a federal family planning program. The change barred recipients that receive Title X funding from making referrals for abortion services. Planned Parenthood claimed the Trump administration forced them into deciding to not contest the change, and in so doing they forfeit $60 million. The war against abortion is on. The “Mexico City Policy” was another assault on abortion. It denies funds to any overseas organization that uses those funds to promote abortion.

In April of this year (2019), the Trump administration issued a reversal of another Obama executive order that transgender individuals can serve openly in the military with full medical availability. The new policy is not a ban according to the Pentagon. Individuals currently serving can serve in their preferred gender and receive hormone treatments and adjustment surgery. All new prospective recruits, however, with gender dysphoria that has gone through hormone treatments and surgery will not be allowed to enlist.

According to reports by the U.S. Health & Human Services Office of Civil Rights, thousands of complaints that involve allegations of conscience rights violations and religious discrimination have been filed. In one particular case of note, a Catholic nurse at the University of Vermont Medical Center was forced to assist in an abortion even though her employer knew she was pro-life. According to the administration, this was a violation of federal law under what are known as the Church Amendments.

In what I believe is a monumental and historic move, and one that will send the abortion industry into fits of outrage and hysteria, the United States will now recognize that life begins at conception through a change in the Department of Health and Human Services policy.

Should there be any further lack of understanding by the naysayers as to why a majority of Christians support President Trump, with all his blemishes, idiosyncrasies, and past indiscretions, just take note of the issues he is addressing and the changes being made. And should you still ask why, then we know, you just enjoy insulting and denigrating those of the Christian faith.