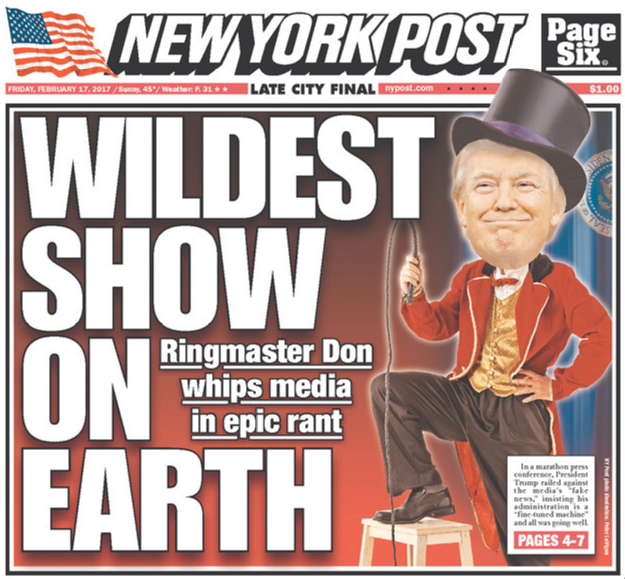 In what must be one of the most, if not the most, significant of stories to come out of the 2016 election of Donald Trump for president, is the slow but steady deterioration of the American media in all its sordid manifestations.

This president has brought to the surface the very worst in the Fourth Estate. With few exceptions, this once noble profession has proven that their deep-seated hatred knows no bounds, and they will go to any length, even to the extreme, to bring Mr. Trump to his knees and out of the White House. It has gotten so absurd that they become involved in petty and vindictive reporting and other inane initiatives and activities without realizing just how foolish they appear.

With the onset of Hurricane Dorian, there were various climate reporting agencies attempting to determine the course the storm would take. At some point the state of Alabama was mentioned as being a possible target of the storm's trajectory; the president voiced his concern for the state. In the aftermath, it appears that Alabama was not in any danger.

The media then went into full battle mode and insisted the president was wrong and accused him of doctoring a map with a black Sharpie marker to encompass the state. Whoever, whatever, who cares, apparently the media, as this was a story that spanned a week’s reporting. The president must also, in this case, accept part of the blame for exacerbating this ridiculous issue with his tweets. Neither he nor the media would give in and just let it go. The passage of time did the trick.

On MSNBC, where most if not all reporting is negative toward the president, host Lawrence O’Donnell engaged in a conspiracy about information he had received from an anonymous source. The host reported that “If true,” it appears that prior to his assuming the presidency, while still in business, Mr. Trump's dealings in Russia were underwritten by Russian oligarchs. The threat of a lawsuit by the administration and the revelation that the story was false caused Mr. O’Donnell the following day to refute his faux-accusation and apologize. Also, Rachel Maddow, MSNBC’s all-star, is being sued by the OAN Network for falsely reporting that they are a paid Russian propaganda outlet.

On Wednesday, September 4 (2019), on CNN seven hours of broadcast time was devoted to what was called a Climate Change Town Hall. The current Democratic presidential candidates all participated. Viewership was dismal, and the very concept of this kind of gathering and its intent was ridiculous to even others in the media.

What made this theater of the absurd a lesson in what is proving to be an even greater extreme Democratic agenda, was that some of the ideas from the candidates for curbing climate change and global warming ranged from the unrealistic to the delusional. CNN in its daily programming, and on-air hosts, never cease to disappoint. I would venture to say, there isn’t a real reporter or journalist among the lot.

In an interview for his new book “Call Sign Chaos,” former General and Secretary of Defense James Mattis was interviewed by NBC’s Andrea Mitchell. This get together was only to serve one purpose, but thankfully it failed. Ms. Mitchell was devoid of all objectivity and did all within her narrow-minded agenda to goad the General into criticizing President Trump, which he refused to do. It was apparent that Ms. Mitchell was getting frustrated for she continued at each opportunity to extract from the General the reaction she so desired.

Mitchell’s questions were more inferences, such as “Aren’t our alliances now weaker than they were when you took office. In the last two years, we’ve seen our alliances weakened in NATO.” Mattis responded, “I think we’re all in the fourth or fifth straight year of the nations, and almost all of them increasing their defense budget, so I could quantitatively say, NATO is actually stronger today.”

Mitchell continued to conduct the interview along the same partisan lines. Eventually, the General made this statement. “Having left the administration and laid out in writing and straightforward manner with the president, before I left, that I was leaving on policy differences; I believe in an old French saying, ‘devoir de reserve/ a period of silence.” The general’s interviews in other venues followed a similar pattern of questioning or inferences.

These are just a few of the media’s insubstantial and even reckless methods of doing business that do not uphold standards of integrity and professionalism. With few exceptions, the Fourth Estate is indeed in a sorry state, and they have only themselves to blame. They have allowed their contempt and hatred of this president and his supporters to contaminate their hearts and minds, and as far as I’m concerned, they walk in darkness.