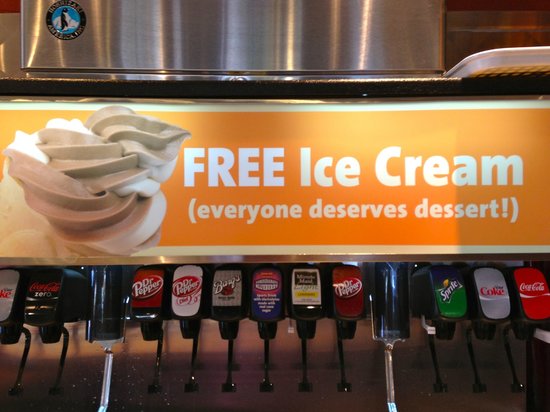 As the country careens toward the 2020 presidential election, the Democrats have a clear strategy. In Congress, they will spend all their time harassing and investigating President Trump and his administration instead of doing anything for the American people. Their presidential candidates cannot talk about the economy because it is very strong. In fact, President Trump’s policies have worked so well that our unemployment rate is at a historic low and more people are working today than at any time in our nation’s history.

Instead of discussing real issues and admitting the success of the Trump agenda, the Democratic presidential candidates have decided to engage in an auction to buy the votes of the American people. The candidates are trying to outbid each other to gain support among primary voters.

For example, U.S. Senator Elizabeth Warren (D-MA) has announced a plan to increase Social Security payments to 64 million Americans by $200 per month. The ultra-rich will face tax increases and pay their “fair share” to fund this $150 billion per year program.

U.S. Senator Bernie Sanders (D-VT) would fund his plan to offer free college tuition and eliminate student debt by taxing “Wall Street speculation.” In his view it is only fair for Wall Street to fund benefits for “all the working families in this country.”

What Warren and Sanders are offering will be expensive, but the cost of their programs pale in comparison to the audacious plan offered by another Democratic presidential candidate, entrepreneur Andrew Yang. Over the course of the race for the Democratic presidential nomination this previously unknown businessman has pushed his way into the top ten. In the first two candidate debates, Yang received little airtime, but used it effectively to differentiate himself from the other candidates.

He is clearly trying to appeal to millennial voters with his casual look of a jacket and no tie and his offer to pay Americans $1,000 per month. According to a study by the Tax Foundation, this “freedom dividend” will cost a cool $2.8 trillion per year. Yang proposes a set of five additional taxes to pay for this program including a European style value added tax (VAT); however, a Tax Foundation report concludes that the revenue raised will fund less than half of the total cost of the program.

The specifics are not important to Yang, who stresses style over substance. To emphasize his unique approach, Yang prepped for the third Democratic presidential candidate debate Thursday night in Houston by boxing and crowd surfing with his supporters.

On Thursday night, Yang took advantage of the media spotlight by offering to pay ten lucky families $1,000 per month for a year. This sample “freedom dividend” giveaway will be funded by Yang’s campaign and his attorneys claim that it is legal to reward ten random families.

Unfortunately, the real problem is not whether the payments are illegal, but that the “freedom dividend” giveaways are a disincentive for Americans to work and be productive. If Americans receive a continual stream of free benefits from the government, there is no incentive for them to support their families by becoming industrious and contributing to our private sector economy.

The Founding Fathers did not create a constitutional republic 243 years ago for our federal government to reward every American with $12,000 per year for doing nothing. This stunt is another in a long line of Democratic Party proposals that are an insult to the legacy of our Founding Fathers, who endured tremendous sacrifices to establish this “shining city on a hill.”

When our country was created, it would have been an insane idea for any Founding Father to advocate that it is the responsibility of the American government to reward able-bodied Americans with financial assistance. Our federal government should provide a “hand up” to those in need of assistance, not a handout for those who can take care of themselves.

Our federal government should aid Americans who are truly needy, such as those who are sick, disabled, or elderly. It is certainly not the role of government at any level to provide free cash to Americans unwilling to work.

Yang continues this disturbing trend in the Democratic Party to buy the votes of Americans with handouts. Among the current field of Democratic presidential candidates, there are proposals for free healthcare, free education, the elimination of all student debt, and now free cash.

Yang is hoping this stunt will catapult him into the top tier of Democratic presidential candidates in this election. With such an unimpressive field, his gambit may work, but it is unfortunate that his main message is to give people free money.

A better approach is what President Trump has achieved in our economy. He has provided tax cuts, reduced government regulations and given Americans an opportunity to succeed. Fortunately, Americans have taken full advantage of the President’s proposals and our economy has become the envy of the world.

This county was built into the world’s only superpower by Americans who enjoyed risk-taking and engaged in courageous exploration. Americans have an exceptional history of bold entrepreneurship and hearty individualism. It would be a travesty if we abandoned that history to follow the lead of so many ruined socialist and communist nations who saw citizens not as partners in a successful future, but as just subjects of the state receiving crumbs from an almighty government.

With such contrasting visions of our government and the future of the country, the stakes could not be higher in the all-important 2020 presidential election.