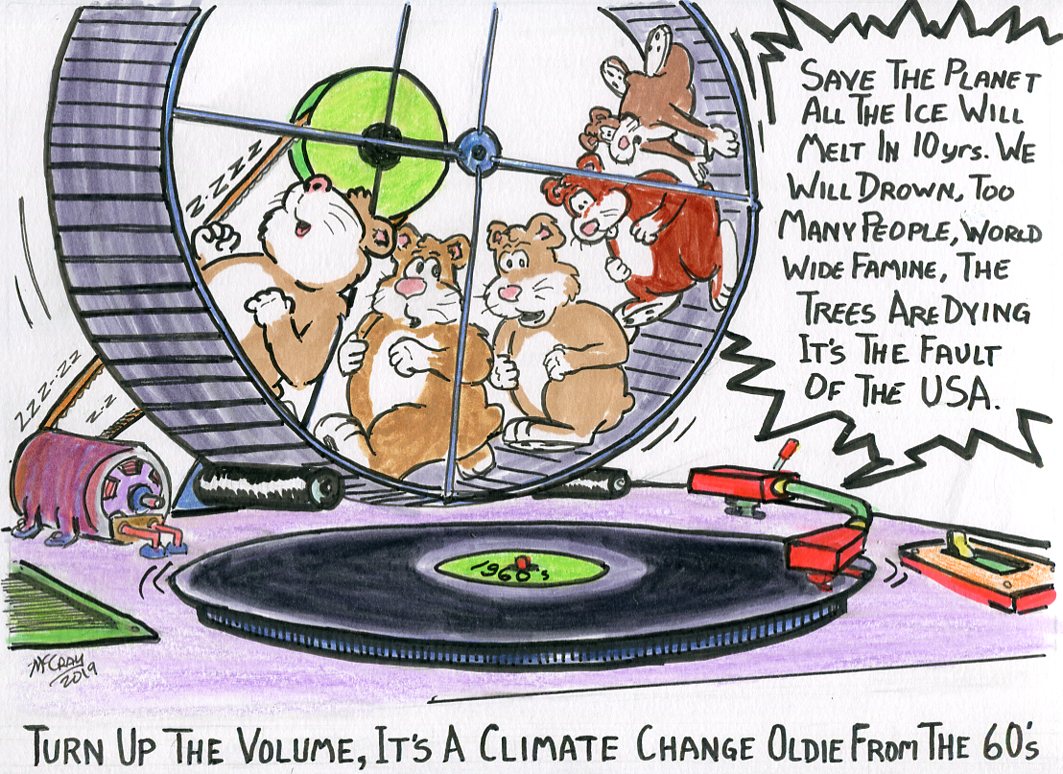 Is it another blast from the past or old recurring nagging pain, going back to the "Earth Day" and "Save the Planet" protestors of the 1960s and 1970s? Most of today’s protestors think they are doing something new and earth-shattering; sorry, it’s the same old song being sung by these clueless politically indoctrinated students having fun skipping school to go out in the street making a lot of noise.

We heard all of this back in the 1960s when we had serious pollution problems, cities with foggy brown clouds of air pollution called smog, so thick that vision was lost after a couple of city blocks, polluted rivers that caught fire from the chemicals in the water, contaminated communities had to be abandoned to save the lives of the local citizens. Groundwater in some areas was no longer usable for drinking or bathing, rain was contaminated as it fell from the sky and was called acid rain. Factories were pouring out clouds of polluting fumes from smokestacks and it goes on and on, most of this has been cleaned up through major programs mandated and ordered by the U.S. Government. Are we finished? No. While a lot has been done, there is more that can be done.

The people who are protesting today have no idea and don’t care about the amount that has been accomplished in the U.S. and many other countries to save the planet. Egos are being pumped up, students are so sure they are on some great crusade and are not interested in hearing facts that will ruin their great adventure quest. The United States has been in the forefront of creating a clean environment for decades, while countries like China, Russia, and India have never put any real effort to clean up pollution or take major steps to prevent pollution. If you listen to these modern-day climate protestors, it’s all the fault of the United States, they don’t say a word about the biggest world polluters. In China, Russia, and India you still have cities with air pollution that requires that people wear masks and respirators to breath, standing pools of oils still sit in the open in and around industrial areas with no plans of clean up. China generates 91 percent of the 8.8 million tons of the plastic found in the world’s oceans, and guess who gets the blame.? (1) Remember, with the left it’s always the fault of the United States.

This is all political and it goes back to a bunch of scammers in the United Nations who took a "what if..." doomsday paper, written 30 years ago by a grad student on what would happen if all the ice in the world melted. Possibly it was inspired by all of the end of the world disaster movies that were popular at that time. The socialist in the UN decided this would be a great way to trick countries to follow their control by convincing people the world will end if they don’t surrender to the United Nation’s climate controls. Their biggest success so far is the 1992 Kyoto Agreement where many countries signed on to follow their climate controls which dictate how and who controls different aspects of those countries. Many of the big polluters were given waivers and have no plans of doing anything that will clean up pollution. The United States was wise enough not to fall into that trap, we would have surrendered control of our industry and agriculture to the socialist nuts in the UN.

The Global Warming/Climate Change scam is nothing more than a shakedown geared to control countries and drain their wealth into the pockets of a few. The protests all blame the U.S. as if nothing has changed in the past 50 years, they are way late for the party, most of the protestors are too young to know about the previous pollution cleanups. These modern-day protestors are willingly being used, they are what Vladimir Lenin (founder of the USSR, 1917) called his "useful idiots," people who will scream, yell, repeat slogans, and will run around in circles with their hair on fire. These are clueless people who might think the 1960s Bob Dylan song “Blowing in the Wind,” has something to do with gassy cows.