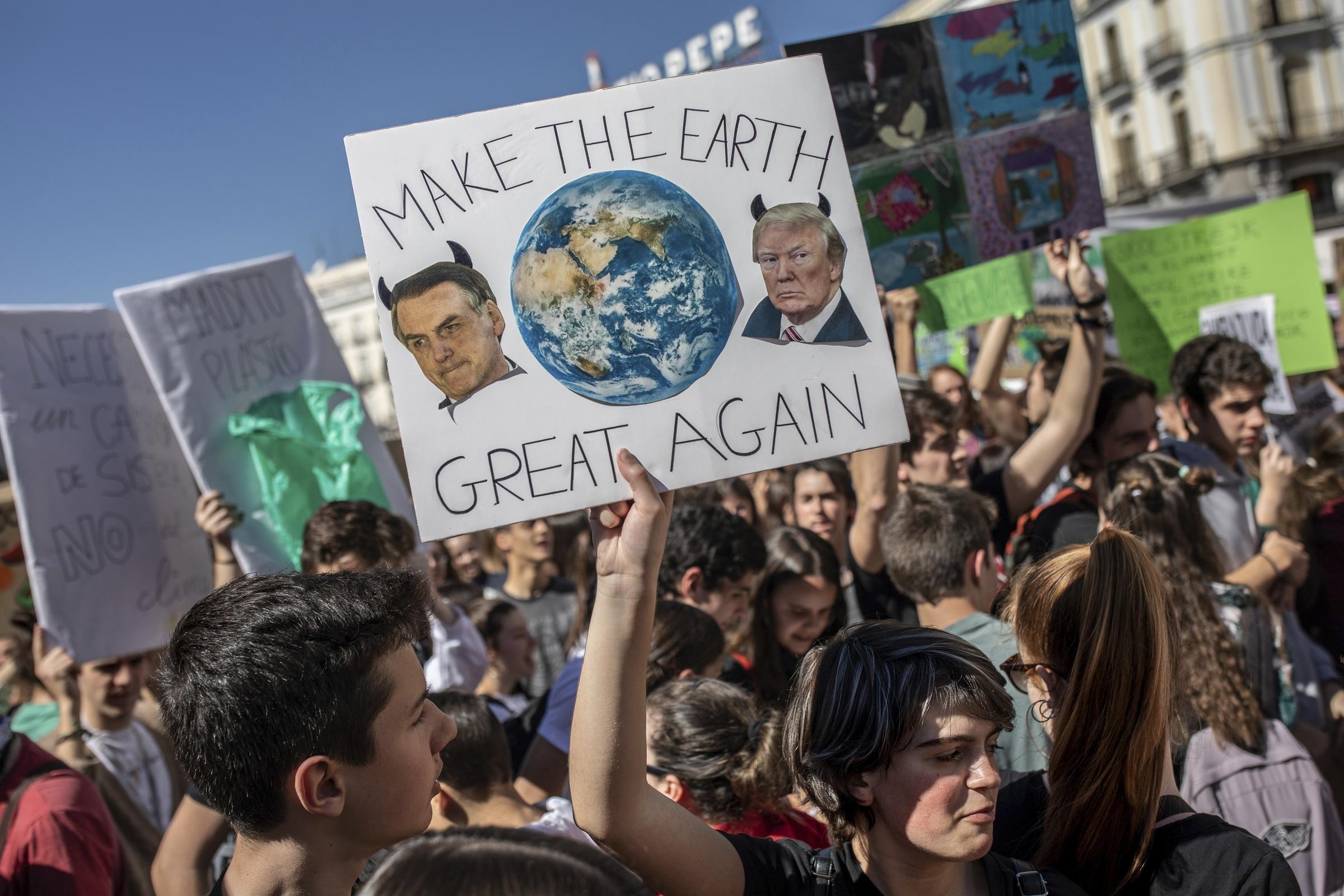 Seeing the millions of children out marching during last week's Climate Strike was not uplifting, but quite sad. Our children today are privileged and spoiled and possibly more ignorant than any generation previous. And it’s not their fault.

They have been so thoroughly and successfully brainwashed by radical leftist adults – teachers, parents, actors, and politicians, that they’ve lost any ability to even listen to, much less consider an alternative view.

Oh sure, we’ve all been teenagers that think we have things figured out. But we didn’t predict the end of the world if we didn’t get our way. And we certainly didn’t insist that world leaders heed our warnings of an apocalypse.

Usually it was a thought, or lack of, that I can do X, and what could possibly go wrong? A very localized concern. And when it invariably did go wrong, our parents were there to fix it. As smart as we thought we were, we knew Mom and Dad had our backs, although doubtful we’d admit it.

Yet today, with this new generation of climate warrior children, they collectively blame their parents and all adults for ruining the planet.

But I stress - it’s not the fault of the children. They’ve been wholly indoctrinated with hatred and disdain for - well - capitalism. They’re being exploited by adults, who fill their heads full of misinformation and junk science because these radical leftist adults understand that children can better carry the message with minimal backlash. No one who disagrees is going to negatively engage a child the way they might an adult. They are the perfect shill.

That’s a pretty bold claim, you may say. We were told that this was a kids' strike to speak the “truth” of our ending, should we not heed their carbon-neutral warning. Not exactly.

See, one of the sponsors of the “Climate Strike,” wrote the official manifesto.

“We, the youth of America, are striking because the science says we have just a few years to transform our energy system, reduce our greenhouse gas emissions and prevent the worst effects of climate change,” the manifesto of the Youth Climate Strike (one of the event’s sponsors) begins.

Short and to the point – right? But it doesn’t end there, which is why we know this is not really about the climate. The kids may think it is, but it isn’t.

Remember – green is the new red. This is just Occupy Wall Street, with a twist. Our children are being taught and exploited by the same kinds of socialists/communists who organized that event some 8 years ago.

The manifesto asserts that “marginalized communities,” including the impoverished, disabled, LGBT, and minorities, and the economically displaced should be foremost on the minds of policymakers.

Because just like every other doomsday pronouncement from the left, women and minorities will be hardest hit. And I guess we now must include those who are transitioning. I mean, they’re fine now – but after they transition, they’ll be hardest hit.

The game is further given up when the manifesto insists on leftist progressive reforms like the creation of state-owned banks, affordable housing, local living-wage jobs and fully paid quality health care.

What does this have to do with climate change? Nothing – of course. Again – green is the new red.

What the adult organizers of this child exploitation event are really pushing is the AOC, Green New Deal.

And as was discovered, the creator of the Green New Deal, AOC’s former Chief of Staff and puppet-master, Saikat Chakrabarti, admitted during a meeting with short-lived presidential candidate Jay Inslee’s climate director, Sam Ricketts, that, “The interesting thing about the Green New Deal, is it wasn’t originally a climate thing at all,” wrote the Washington Post.

“Ricketts greeted this startling notion with an attentive poker face. ‘Do you guys think of it as a climate thing?’ Chakrabarti continued. ‘Because we really think of it as a how-do-you-change-the-entire-economy thing.’”

Scaring these kids with dire warnings of an apocalyptic ending is a form of child abuse – psychological child abuse. Now most of the children at these various marches, were 'unserious.' Sure they would spout some nonsense someone told them to say, but the minute they leave, it will back to just being a kid or teenager.

However, many children, like Greta, may be irreparably damaged.  And that, by any reckoning is child abuse.