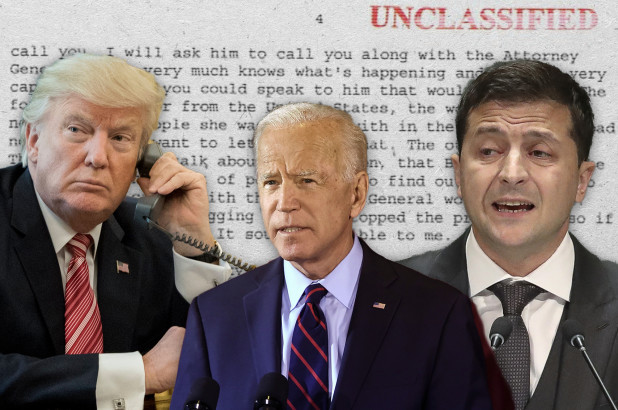 Ever since he burst upon the political scene, the political establishment has been targeting Donald Trump. First, they attempted to deny him the nomination, then they worked overtime to deliver the election to Hillary Clinton.

A phony dossier on Trump was prepared by Christopher Steele, a former British spy, using Russian sources. It was funded by the Clinton campaign and used to obtain approval for FISA warrants targeting Carter Page, a volunteer Trump campaign foreign policy advisor.

This sophisticated spying operation investigating “Russia collusion” failed to defeat Donald Trump and he still won the presidency against all odds. Thereafter, there was an effort to thwart his transition team as the spying operation continued into the start of his administration.

Donald Trump was framed by opponents both within and outside of his administration. After he fired FBI Director James Comey, a lying Deep State political operative, President Trump had to withstand a “witch hunt” led by a conflicted and biased Special Counsel Robert Mueller. When the Mueller report was completed, it was determined there was no “Russian collusion” and obstruction of justice could not be proved. Thus, President Trump was innocent because he certainly was not proven guilty.

It took two years and $40 million and a full-scale investigation from Mueller’s team of attorneys, filled with Democratic Party donors and supporters of Hillary Clinton, to determine that President Trump was not guilty of any crimes.

After the failed Special Counsel report was published and testimony of Mueller was a disaster for the Democrats, Trump’s enemies began searching for their next method of attack, all to destroy Donald Trump.

After searching through everything related to Donald Trump and launching six separate House investigations, Democrats believe they have struck gold with the intelligence community whistleblower complaint about the President’s phone call with his Ukrainian counterpart. Never mind that the whistleblower never heard the call or even read the transcript. The complaint was filed even though the Ukrainian Foreign Minister claimed the call was fine and no aid was withheld from the country.

The demands grew until the President released the transcript of the call on Wednesday. It showed the President asking about a prosecutor who was relieved of his duties after investigating the activities of Burisma, a Ukrainian oil company, that paid Hunter Biden, the former Vice President’s son, $50,000 per month.

In the call, the President said, “The other thing, there’s a lot of talk about Biden’s son, that Biden stopped the prosecution and a lot of people want to find out about that so whatever you can do with the Attorney General would be great. Biden went around bragging that he stopped the prosecution so if you can look into it…It sounds horrible to me.”

Not only does it sound “horrible” to the President, but to many Americans as well. Why was Hunter Biden cashing in on a relationship with Ukraine? He had no expertise in the oil business, and he had no specialized knowledge of Ukraine. His main qualification was that his father was Vice President of the United States. Imagine the liberal media uproar if one of Donald Trump’s sons had signed a similarly lucrative deal with a foreign oil company.

During his tenure as the Obama administration point person on Ukraine, former Vice President Joe Biden did demand that prosecutor Victor Shokin be relieved of his duties right before he was about to interview Hunter Biden. In a 2018 speech for the publication Foreign Affairs, Joe Biden boasted that he pressured the government to fire the prosecutor. He said, “I’m telling you; you’re not getting the billion dollars. I said, you’re not getting the billion. I’m going to be leaving here in, I think it was about six hours. I looked at them and said: I’m leaving in six hours. If the prosecutor is not fired, you’re not getting the money. Well, son of a b-tch (laughter). He got fired and they put in place someone who was solid at the time.”

For Joe Biden, someone “solid” was a prosecutor who would not investigate his son. Once again, Trump is investigated for potentially illegal activity being committed by his Democratic Party opponents. Only Hillary Clinton colluded with Russians, yet Trump was investigated. Only Joe Biden improperly pressured Ukraine, yet President Trump will probably be impeached. The effort is being led Democrats in the House of Representatives who are obsessed with destroying President Trump and could not care less about serving their constituents.

No wonder so many Americans have lost faith in our political and judicial systems. Everything is upside down and the one who is continually mistreated and unfairly investigated, President Donald Trump, is the person trying to “drain the swamp.” Unfortunately, the corrupt denizens of the swamp still wield incredible power and they want to keep it. Get ready America, another political battle royal is about to begin.