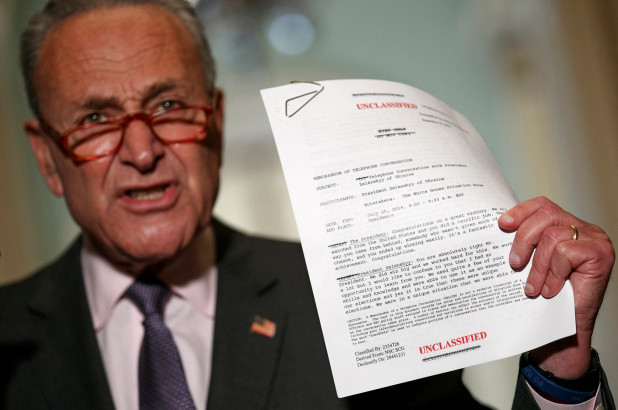 Channeling my best Andy Rooney – Have you ever noticed that everything the Democrats accuse the Republicans of is something they have already done or plan on doing?

It’s called projection and it’s quite common. As they accuse Donald Trump of strong-arming the Ukrainian president, we find out that Trump didn’t but Joe Biden did. The democrats are a collection of liars and cheaters, so they project their bad behavior on others.

Because they do it, they figure everyone must.

We’ve all done something similar from time to time – project our values or assumptions onto someone, something, or some circumstance.

In sales, there is a maxim to never allow your values to cloud a transaction. You’re trying to sell something to someone and you hesitate to divulge the price because you assume that he or she will say it’s just too costly. You’ve “projected” your value system onto the other party. But just because you think something is too expensive doesn’t mean your customer will. Maybe they are accustomed to paying twice as much. How do you know?

And that, for good or ill, is projection.

The Dems make crap up all the time, like did Adam Schiff when he recited his phony soliloquy of what Trump said to the Ukrainian President. He was able to do so easily because put in the same situation, that’s what the dirtbag Schiff would have done and said.

The same thing happened on a much grander scale when the Dems concocted the tale of how Trump stole the election. Again, it was easy, because it’s exactly what they would do and ended up attempting.  Again – projection.

And so it goes with this next lame attempt at trying to rid themselves of the plague that is President Trump. They don’t care about the harm to the people, the office of the president, or the nation.

They just keep myopically plodding along from one fantasy scenario to the next, hoping that this will be different. But it never will, because the only criminals in our midst are the liars and cheaters in the Democrat party. And every time they come up with a new scenario, it is they who end up with egg on their faces.

But again – they are far too myopic and invested in the president’s destruction to even notice how stupid they look. Take this latest faux-scandal involving a whistleblower who turns out not to have first-hand knowledge of anything, but rather his or her information came from, “your father's brother's nephew's cousin's former roommate” (h/t: Dark Helmet/Spaceballs).

In other words, the whistleblower, he or she, knows nothing of Trump’s conversation with the leader of Ukraine, more than what they’ve been told by others (or not) without an ounce of evidence. It may as well be whisper-down-the-lane.

Yet this is enough to impeach a duly-elected sitting president? It is for them.

This just shows America, once again, how low these Democrats are - that they get deep-state intelligence operatives, who’ve been working with the Dems to oust Trump, to quietly change the official whistleblower disclosure form.

The left has downplayed the importance of it by calling it an “obscure” form.

Yet evidently this "obscure" little form, which is actually quite important and part of the Intelligence Community Whistleblower Protection Act (ICWPA), was just changed last month.

Shazam! Just in time for this latest anti-Trump revelation. I mean – what are the odds?

Up until quite recently, all whistleblowers had to have creditable “first hand” information of the existence of wrong-doing, which they had to attest to on the official government form – the “Disclosure of Urgent Concern Form.”

Yet now, by sheer coincidence the standard has been changed to, in effect: “Well – that’s what I heard!”