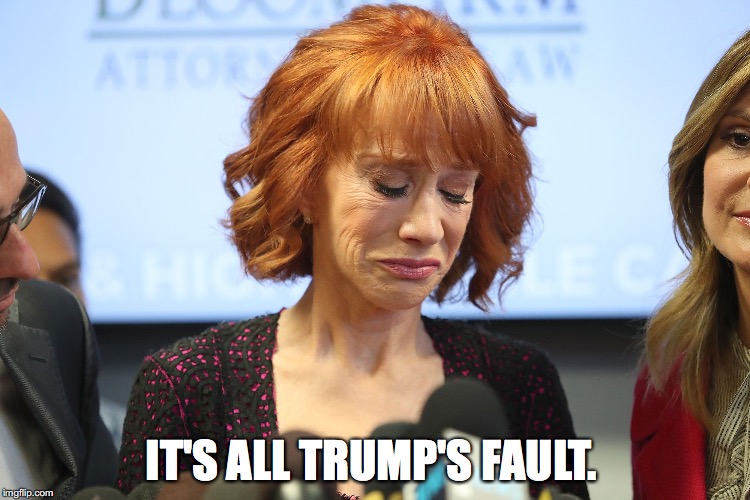 The left screams and rants about Trump every day.

“Just get rid of him and everything will be wonderful again and we can get back to ‘civility'!” they rant.

Really - "Civility?" Just like under George Bush? But didn’t they hate him too? Wasn’t he the villain of the Left and the MSM?

“No," they say, “Like under the halcyon days of Obama.”

Ah…so that’s the real issue. The Left longs for the days when they ruled unopposed and the ‘Deplorables’ were put firmly in their place by Obama, Hollywood, and the DNC/MSM.

Because that’s who the real target of their animosity is, not Trump - he is merely a convenient smokescreen. It is the 63 million conservative Americans who vote for him.

An easy test to prove this is to ask yourself what would happen if they succeed in hounding Trump from office and Pence became president.

Would the DNC/MSM rise the next day, smile and say, “Ahh - all is right with the world. No more Trump, so we can all go back to being civil and unite as Americans”?

Right…And I’ve got some clean, needle-free, feces-free, sidewalk space for you in San Francisco.

No, it’s not Trump who they hate. He’s is actually the best thing that’s ever happened to the unhinged left. He’s the gift that keeps on giving. A cardboard cut-out to pin-up and scream, “We’re not ranting, hate-filled, violent loonies…It’s all about Trump!”

It’s merely misdirection and a cover for their real hate. The ones they can’t control. The people that refuse to be bullied, cowed, shamed, or intimidated by their rants, riots, brainwashing, or political correctness. The people that they know they must silence and intimidate, just as the single-minded totalitarians did in Germany, Russia, and China and all societies that demand conformity to their far-left monolithic vision and punishes the rights and thoughts of any individual who will not acquiesce.

Those who continue to think for themselves and will not parrot the lines fed to them by the DNC/MSM. Those who still think that America is the greatest and freest country on earth…you and me.

So let's not be fooled about what is really going on here.

It's not about Trump. It's about us.

They can't implement socialism, pervert the Bill of Rights, and force one-party rule while we still vote for freedom.

Let’s keep it that way.