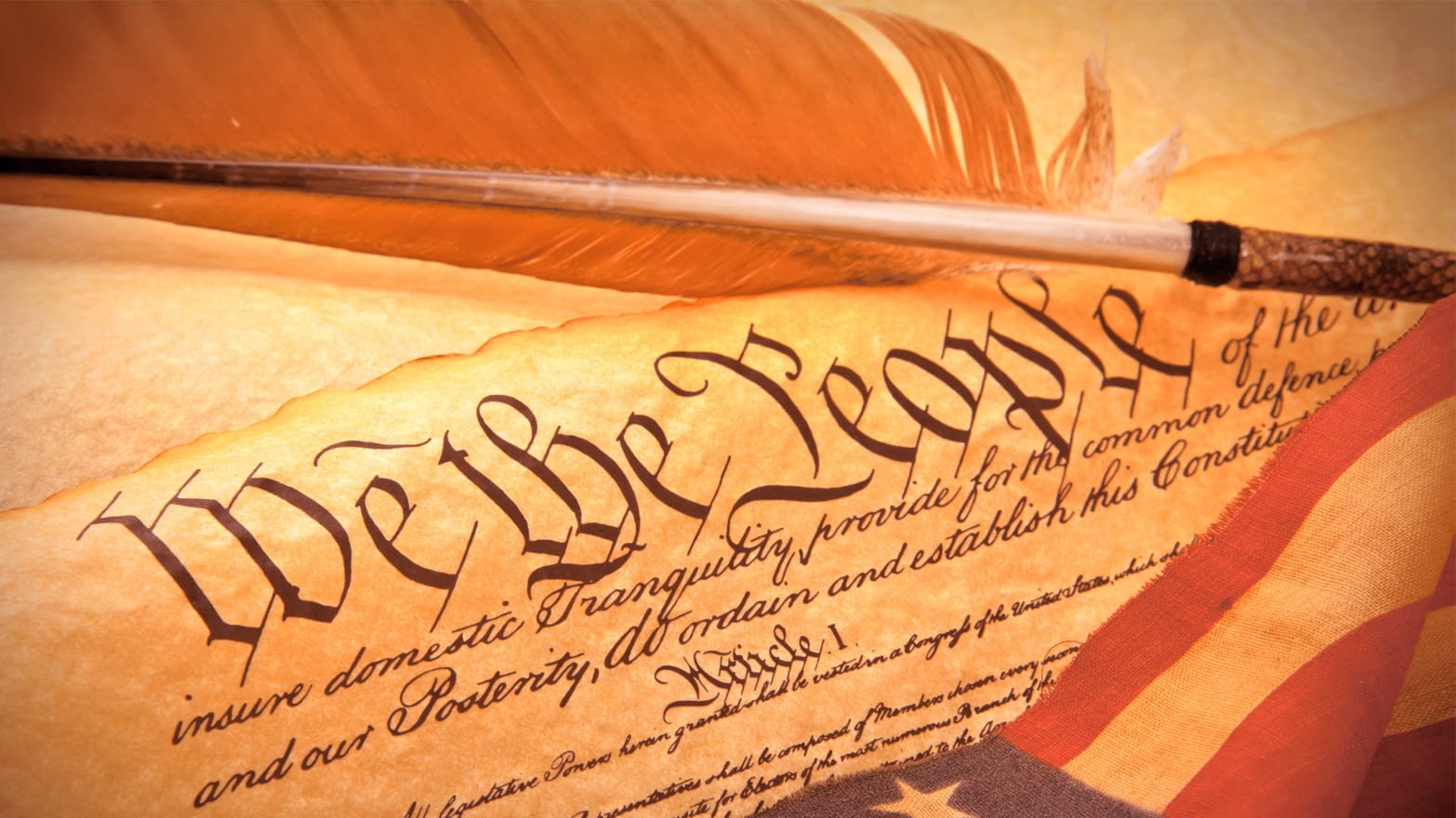 Our Founding Fathers made it very difficult for Americans to be sent to war. They had witnessed centuries of tyranny strengthening itself in countries where kings and parliaments used their own people as pawns and slaves in self-serving wars for more power and self-aggrandizements.

Therefore, the Constitution they crafted did not grant the president any authority to unilaterally attack other nations.

“The Constitution vests the power of declaring war in Congress,” said George Washington, “Therefore, no offensive expedition of importance can be undertaken until after they shall have deliberated upon the subject and authorized such a measure.”

James Madison asserted, “The executive has no right, in any case, to decide the question, whether there is or is not cause for declaring war.”

The operative clauses to look up here are Article I, Section 8, Clause 11, of the U.S. Constitution, which grants Congress the power to declare war. The President, meanwhile, derives the power to direct the military after a Congressional declaration of war from Article II, Section 2, which names the President Commander-in-Chief of the Armed Forces.

So while cooperation between the President and Congress regarding military affairs is required, only Congress has the authority to attack or “declare” war, not the President.

Unfortunately, throughout the 20th and 21st centuries, many presidents have engaged in military operations without express Congressional consent. The Korean War, the Vietnam War, Operation Desert Storm, the Afghanistan War of 2001, and the Iraq War of 2002 are some examples.

Amidst a cascade of criticism by many in the media regarding President Trump’s abrupt withdrawal from Syria, I saw this as an opportunity to comment on the constitutionality of dangerous wars for empire.

Trump has answered his detractors saying the U.S. shouldn't be involved in "endless wars" in the Middle East and "it's time for us to come home."

He also commented that if Syria wants to fight over land that doesn't belong to the United States, "That's up to them and Turkey."

The President is correct in his assertions. Let me explain by way of an illustration:

Imagine your yard is an embarrassment to the community and an eyesore to my family and me. It is a disaster that needs mowing, weeding, and trimming. To top it off, your dog has not been cleaned up after for months!

Despite my tremendous abilities as a landscaper and my urgent desire to bring your yard to the level of my satisfaction, I am powerless to do anything absent your authorization even if it is a good idea for the neighborhood and my family. If my obsessing leads me to act without your permission, I would be guilty of illegally trespassing.

Syria may be a mess, but our boots on Syrian soil is a trespass without a specific congressional declaration or authorization.

In his characteristic and untactful way, the President declared, "It's not between Turkey and the United States, like a lot of stupid people would like you to believe."

In the meantime, he said, "Our soldiers are not in harm's way, as they shouldn't be."

If we need to be in Syria, let’s have Congress declare war.