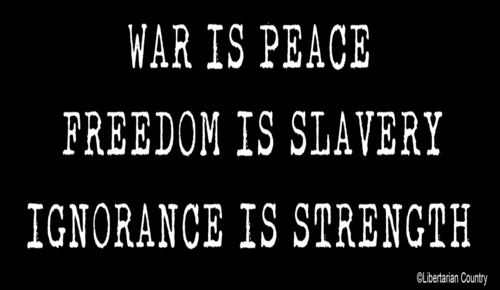 I was a latecomer to accept candidate Trump and have criticized President Trump often; however, the level of hatred toward him by progressives is unprecedented, unbelievable, and most unwholesome for America. In the past, I often disagreed with politicians in both parties and while some were scumbags, none were Socialists; some were crooks but none were Communists. The radical leftist crowd has virulent hate for Trump and all things Trumpian and it seems nothing is too low, untrue, or vile if they can score points against him. Trump started the fanatics caterwauling by suggesting that four congresswomen could go back to where they came from if they don’t like America. I’ve said that for decades and it’s a good statement! If people don’t like where they live, of course, they should choose to go back to where they came from.

However, Trump said more than that and few media reports reflect his complete statement. He suggested that critics of American could go back to their original nations, fix their problems, then come back, and show us how to fix ours. Sounds like a great idea to me. And frankly, while Trump can’t say this, I will: I will not be disappointed if one or all of the four ladies stay there. After all, they are whiners and radical leftists who make blonde jokes obsolete.

I would be delighted if a large group of Democrats and a few carefully chosen Republicans accompany the four ladies of color. By the way, I don’t suppose it is permissible for one to refer to the four ladies of color as four 'colored ladies.' I would like for the racists (black or white) to explain that to me. But I won’t hold my breath since blue is not my favorite color.

The President suggested that the then-alive Congressman Elijah Cummings is a racist and the left went bonkers, but can’t Democrats, even black Democrats, be racists? No one asked, “Is his statement true?” Everyone assumed it was not; it could not be true since Blacks are a protected class. They even clearly state that a Black cannot be racist!

Sane people have just fallen to the floor, holding their sides in raucous laughter.

Trump called Cummings “a brutal bully” and his majority-black district “disgusting.” He went on to call Cummings’s district the “worst in the USA,” a “rat and rodent-infested mess,” and a “dangerous and filthy place.” Trump also accused the late congressman of corruption. If one has seen Cummings during hearings, he was clearly a bully. While it’s been a while since I’ve been in Baltimore (I always try to skirt the area), my knowledge of the city for many years is that it is one of the worst in America.

In July of 2019, one-third of polled Democrats say it is racism if white politicians criticize politicians of color for their political views. Say what? Wow, such nonsense gives any minority a free pass not to answer for any senseless, stupid, and silly position.

Furthermore, leftist radicals need to understand that making a statement about anything does not make it true, not even if all leftists in America agree with it. I know that is a sobering, shocking, and surprising truth to the left, but it is true.

The haters on the left have even taken over the language to bring about the rule of the Proletariat. It seems truth is totally irrelevant to the screamers - male and female, black and white, Democrat and Republican.

Confucius prudently cautioned about 500 B.C. that “when words lose their meaning, people will lose their liberty.” That is one time Confucius was correct.

Furthermore, the concerted attack on precision in speaking and writing was clearly seen by C. S. Lewis when he coined verbacide - the killing of a word by a calculated misuse of it. Agenda-driven people in politics and the media are guilty of such "verbacide."

Pedophiles speak about the “love” they have for children when it is not love but vile affections for innocent children. Affirmative action should mean taking action to right a wrong but today it means to give special consideration to one because of his or her gender or race or age or, well you know.

A lesbian radio caller said to the prominent conservative radio host, “Rush, once we got your side to using our term [gay], that’s when I knew we had won.” Note that she called it “our” term. They took control of the word and convinced the anemic media to follow along.

The perverts also misappropriated the rainbow to be their banner. It is a promise from God to not use water to destroy the world again. Their use is dishonest but they have never been concerned with honesty and only faintly disguise their hatred of normal people.

We have seen Orwell’s 1984 become reality. Their slogans were "War Is Peace, Freedom Is Slavery, Ignorance Is Strength." The naïve will say, “But those words don’t mean that.” No, but when used enough, they will. At one time one could say, “I had a gay time yesterday.” Now, normal people don’t talk that way because the LGBTQ crowd has taken the word "gay" hostage.

The bullies will try to badger, berate, bribe, and bamboozle us, but we must stand strong. As a child, we usually handled the bullies and if one of us could not do so, then two or three took care of them. The anti-bullying campaign is being used as a cover for letting the liberals, leftists, Socialists, and the LGBTQ crowd have their way.

No, not even if pigs learn to fly in formation over the White House, each with an LGBTQ flag.

Seneca declared, “The art of conversation is dead.” If not dead, it is gasping in the streets.