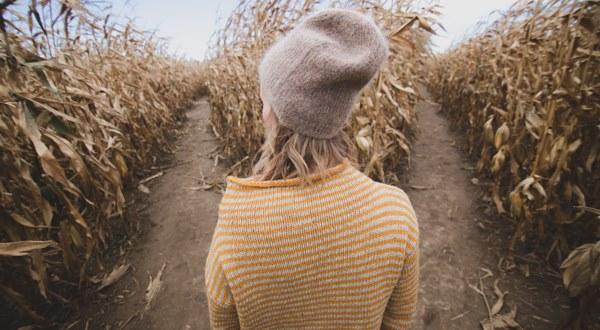 A fisherman from the city was out fishing on a lake in a small boat. He noticed another man in a small boat open his tackle box and take out a mirror. Being curious, the man rowed over and asked, "What is the mirror for?"

"That's my secret way to catch fish," said the other man. "Shine the mirror on the top of the water. The fish notice the spot of sun on the water above and they swim to the surface. Then I just reach down, net them, and pull them into the boat."

"Wow! Does that really work?" "You bet it does." "Would you be interested in selling me that mirror? I'll give you $30.00 for it." "Well, okay." After the money was transferred, the city fisherman asked, "By the way, how many fish have you caught this week?" "You're the sixth," he said. I discern that fisherman caught himself.

Here’s a real-life example of discernment in action. For a long time, the Swiss had a lock on the market of watchmaking. They built the best watches money could buy, and by the 1940s, they produced 80 percent of all watches worldwide. In the late 1960s, an inventor presented a new idea for a new type of watch to the leaders of the Swiss watch company. They rejected it. In fact, every Swiss company he approached had the same negative reaction.

Believing his design had merit, the man took it to a company in Japan. The name of the organization was Seiko, the design of the watch was digital, and today, 80 percent of all watches use a digital design. The lesson here is one discernment-driven decision can change the entire course of a whole industry and the destiny of one person.

Management consultant Robert Heller says: "Never ignore a gut feeling, but never believe it is enough." Discernment allows you to use both your ‘gut’ and your head to find the best option or solution you are looking for. Discernment enables a person or leader to see a partial picture, fill in the missing pieces intuitively and rationally, thus finding the real heart of a matter.

John Maxwell notes, "Smart leaders believe only half of what they hear. Discerning leaders know which half to believe." Discernment requires that we appraise, analyze, recognize, understand and judge a matter correctly. Discernment arrests underachievement. Discernment puts us in a position to succeed. Discernment is a gift we need for these very disorientating times of everything from internet scams to fake news. When things are not as they appear, you need discernment.

Would you like to acquire more discernment? You can learn to discern. Here's where to start. Look at what the Psalmist said in Psalm 119:66 to God. "Teach me good discernment and knowledge." If you want it, ask God for it. Desire it and acquire it because an abundant life requires it. Wisdom and discernment release the ‘smart’ in you to move from your head to your heart to your feet. My advice is to mine this resource. Tap into supernatural assets you could never get on your own.

Real discernment is a gift from God to us and for us. Discernment is a way God gets into our lives. That gut feeling or instinct I have been talking about could be God speaking to us on the inside. Even if one doesn’t know God or acknowledge God, God has given them a capacity for discernment. Our experiences, successes, and even learning from others can add to our discernment, but God created real discernment and put it into circulation for everyone’s benefit.

Think about it, asking God for discernment requires discernment. You’ll reduce the number of bad decisions you make in your life. You won’t have to deal with the emotional clutter and consequences of bad decisions as much. Discernment increases your efficiency and effectiveness. You will be mentally and emotionally free to do great things for yourself and others. Your relationships will be smoother and more uplifting.

Author James Clear enlightens us on how to use discernment. “When you say no, you are only saying no to one option. When you say yes, you are saying no to every other option. No is a decision. Yes is a responsibility. Be careful what (and who) you say 'yes' to. It could shape your day, your career, your family, your life.

The best thing I can say about discernment is that it works. It’s a gift. Take it. It’s yours.