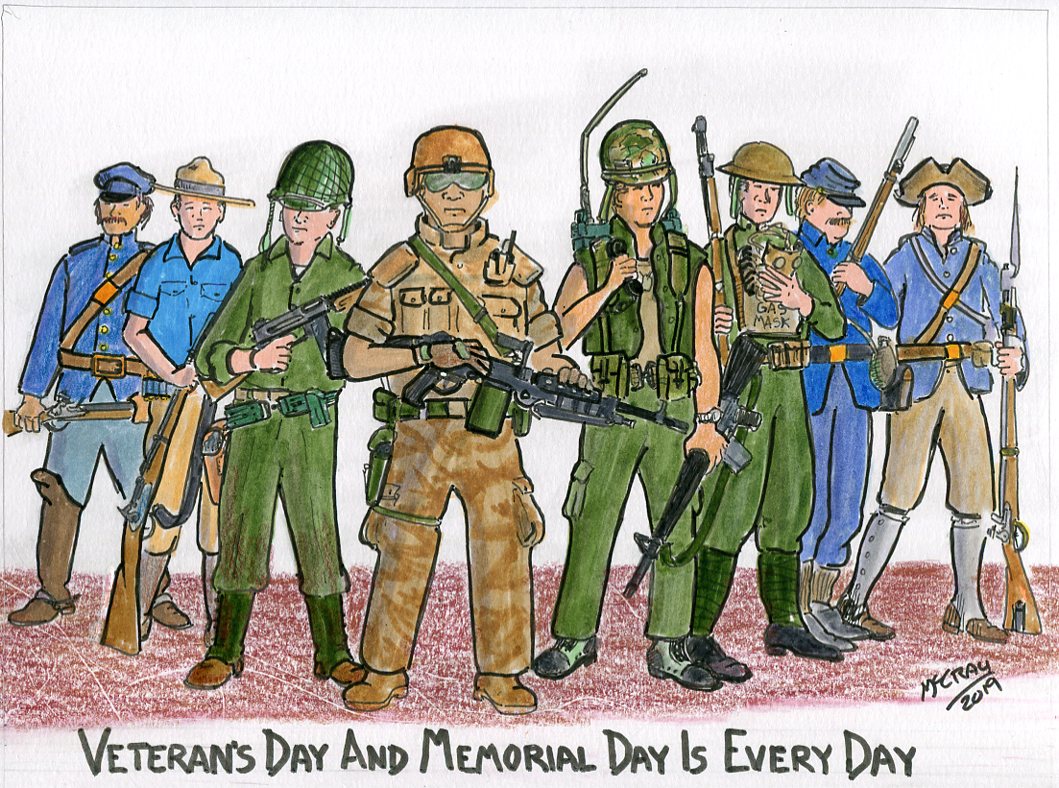 Another Veteran’s Day has passed with all of the right things said and the proper ceremonies were conducted, much of which is repeated every Veteran’s Day and Memorial Day. The meaning of these holidays for remembering those who have served and those who didn’t come home is lost on many of the people who live in the United States.

Roughly, 1% of the population of the United States serves in the U.S. Military and many people have little or no connection to the military. Many of the last two generations have scant knowledge of anyone in their family who may have served during World War 2, in the Korean War, or the Viet Nam War. In today’s socialist atmosphere, the subject of American and World History is given little coverage in the public schools, the students consider it all as ancient history. Students have been taught that the United States is a bully and is to blame for starting all of these wars and the service members are evil, demented people.

The socialist movement in the U.S. has grown from a small group of obnoxious anti-American followers of the old Russian U.S.S.R. in the 1920s to controlling today’s Democrat Party. Now they exist at the national level, in the state, county, and cities pushing their socialist style of government and controlling the school systems. The U.S. Congress is peppered with socialists who masquerade as Democrats who are seeking to overthrow a duly-elected President of the United States. In the era of the Second World War, people loyal to the National Socialist (NAZI) movement in many European countries were referred to as 5th Column. They undermined their own governments and assisted the NAZI’s in the occupation of their conquered countries. After the Second World War, the 5th Columns were branded as traitors by their countries, many were imprisoned, and their leaders were executed.

Those serving and who have served in the United States Military are responsible for the almost 250 years of freedom in our country. Now we are seeing all of their efforts being undermined by today’s version of the 5th Column. Unbelievably, we are witnessing the rights that have been protected by our military being pushed aside, with a socialist show trial in the U.S. Congress. The Right of Due Process under the law is being denied to President Donald Trump, and while no one is above the law, no one should be below it either. But, in the socialist world of Rep. Adam Schiff (D-CA), he has already convicted Donald Trump and now he is going to have a trial to supposedly make it legitimate.

In Hong Kong, a province of China, the population is using violent protests to avoid being stomped into submission by the Socialist Police State of China. The former British colony was returned to China in 1997 with stipulations of a gradual takeover of the province. China is violating the agreement with Britain by accelerating the takeover, most of Hong Kong is against this move and are revolting. The protestors routinely sing the national anthem of the United States while waving the American Flag in the faces of Chinese Officials and their police. Many in Hong Kong want to be free with the same rights as the United States, while the socialist 5th Column in America want to be like the Police State in China. Something has to be seriously wrong with Adam Schiff and his cohorts for wanting a Socialist Police State; they are corrupt, all they see is complete power and money.