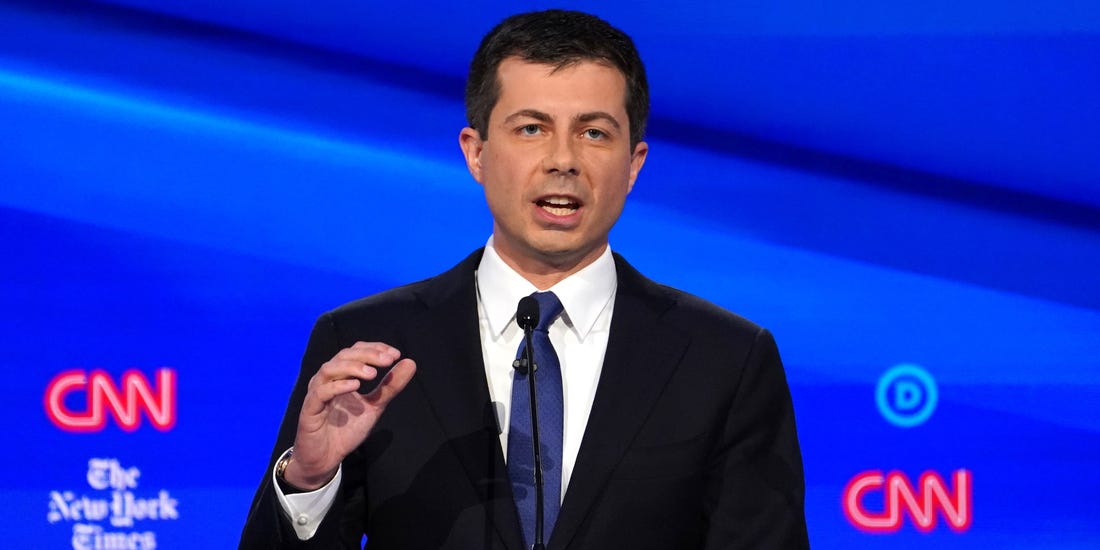 Since Pete Buttigieg is the most vocal “Christian” in the Democrat presidential race, he should stop his fuzzy, fractured even false references to the Bible. Principled Christians resent having the Bible twisted like a pretzel to prove a false point of view. Even the media is sarcastically calling him “St. Pete” because of his many biblical references and his talk of morality. A Federalist article really pegged him rightly when they wrote about his speaking of morality: “But someone who lives in sexual immorality and supports abortion right up until birth is quite obviously the wrong person to do it.”

Voters want to know if Pete is a genuine Christian or simply a church member. Does he really believe that Christ is the Way, the Truth, and the Life? If not, he is a professor but not a possessor, making him a pretender. That means he is using Christianity for self-aggrandizement. If he is not a sheep, he is a wolf in sheep’s skin.

Pete could be similar to Julian the Apostate who, according to Will Durant in his eleven volume History of Civilization, “conformed in all externals to the Christian worship, and even read the Scriptures publicly in church.” Julian was the Roman Emperor from 361 to 363 and was the last non-Christian emperor. Frankly very few of them were true Christians, including Constantine. Julian was from a long line of “Christians” who had been corrupted by a corrupt Christianity. He was an unannounced pagan (at the time) while reading the Bible in church!

Of course, there are plenty of pompous pagans in the pulpits in our day.

Even an apostate can do some things right as proved by Julian’s dismissal of thousands of servants, eunuchs, and superfluous government officials. He also slashed taxes and streamlined administrative procedures. Julian established the principle that a man was presumed innocent until proven guilty. He was the first political leader to take that position, to my knowledge.

Julian was a pagan who practiced animal sacrifices while heading up the “Christian” empire, attempting to revive paganism to replace the quickly advancing paganized Christianity.

Could Pete be philosophically related to Julian the Apostate?

Desperately trying to sound normal, Pete has promised he “would bring Christianity back to the White House if he were elected president.” Well, “Christianity” is not something that can be toted around. It is a faith, “the evidence of things not seen.” Pete said, “Faith doesn’t have to be something to divide us.” But faith does divide us since some believe the Muslim faith, others the Hindu faith, others the Christian faith. Christ said in Luke 12:51 “Suppose ye that I am come to give peace on earth? I tell you, Nay; but rather division.” And only a fool or fanatic says all faiths are equal or that one is as good as another.

Christ divides light from darkness, truth from error, and good from bad; however, radicals don’t like such absolutes.

I see Pete as a man who has rejected biblical standards as well as common decency and is using biblical language to confuse shallow voters and steal their votes with his deception.

Pete went on to decry Georgia’s abortion law where they have male politicians telling a woman “what she ought to do with her body.” No, if a woman had made the right decisions about her body she would have stayed out of bed, kept her knees together and yelled, “no.” Failing to do that, she wants to kill the innocent child. And Pete wants to guarantee her that right. Surely an innocent child’s right to live is far more precious than a woman’s right to slip into her form-fitting evening gown for a night on the town - something a pregnant body would make cumbersome.

When Pete and his “husband” move into the White House, he will provide an example to people “who are guided by a faith tradition in making their decisions about what they think is right and wrong.” However, he does not tell us the standard that will be used to make those decisions. If the Bible is used, then Pete and his “husband” would not be in the White House or any house since sodomy is clearly condemned in the Bible as the most gross and shameless act of depravity.

Are Christians “on the wrong side of history” as to LGBTQ issues as Pete told CNN? Is Pete totally unaware of history? Sodomy has been known as the sin (and crime) “against nature”; “that unspeakable sin”; “that unmentionable vice;” and “crime without a name.”

While Pete is now promising to bring Christianity “back to the White House,” he was critical of Vice-President Pence for actually doing that. Of Pence, Pete said, he was “fanatical.” Pence, not wanting to be tarred and feathered by the LGBTQ crowd said of Pete, “I see him as a dedicated public servant and a patriot.”

While Pence is a kind, decent, and good man, he is not a committed warrior in support of truth. He is also a politician.

Pete is not aware that a homosexual is at war not only with himself, but with his Maker. He must not know the Bible truth about homosexuality that has been confirmed by all religions since the beginning of time—perversion will destroy a society. You may have noticed, they are no longer gay in Sodom.

Why can’t people believe that perversion is wrong without being haters, bigots, and homophobes?  Even if one agrees that criticism of LGBTQ positions is bigotry, why can’t Pete’s crowd be tolerant of the intolerant?

Or, is tolerance a one-way-street?

However, Pete suggests that he will use the Bible (but not Leviticus or Romans) to guide him in making decisions. He will use some of the “safer” commands of Christ such as “For I was an hungered, and ye gave me meat.” However, what Pete doesn’t know is that Christ was speaking to persons, not governments. It is people who are to have compassion and reach into their purse and feed the hungry and take in the stranger. It has nothing to do with government action at any level.  To make it otherwise is a perversion of truth.

Governments are in place to protect the liberties of the citizens from internal and external threats, not feed us, house us, cloth us, suckle us, regulate us, educate us, or provide health care.

But then, Government must have some excuse to take what we produce, so they provide all the goodies that people are too lazy to provide for themselves.

Pete implied that if God belonged to a political party, it wouldn’t be the Republican party. And neither would it be the Democrat Party; after all, God was booed at the last Democrat convention. No, Christ would overturn their conference tables, rip the microphones out of their outlets, break their television cameras, and whip the whole crowd (with few exceptions) out of Washington.

Pete has castigated Conservative Christians for supporting Trump, suggesting that we approve of his unseemly actions. Yet, Pete expects the voters to elect him when he doesn’t even know what is natural, acceptable, and biblical - since he slips between the sheets with another man.

Pete talks about Christianity but he speaks of a false, pagan religion totally unknown to the Scriptures.

I am viciously attacked for my stand against baby killing and all forms of perversion by the same people who believe Bruce Jenner is a woman, males can use female restrooms, a person is whatever gender he or she desires, Blacks can’t be racists, Elvis is still alive, and that two people of the same gender make up a family - so my critics aren’t the best thinkers on planet Earth.