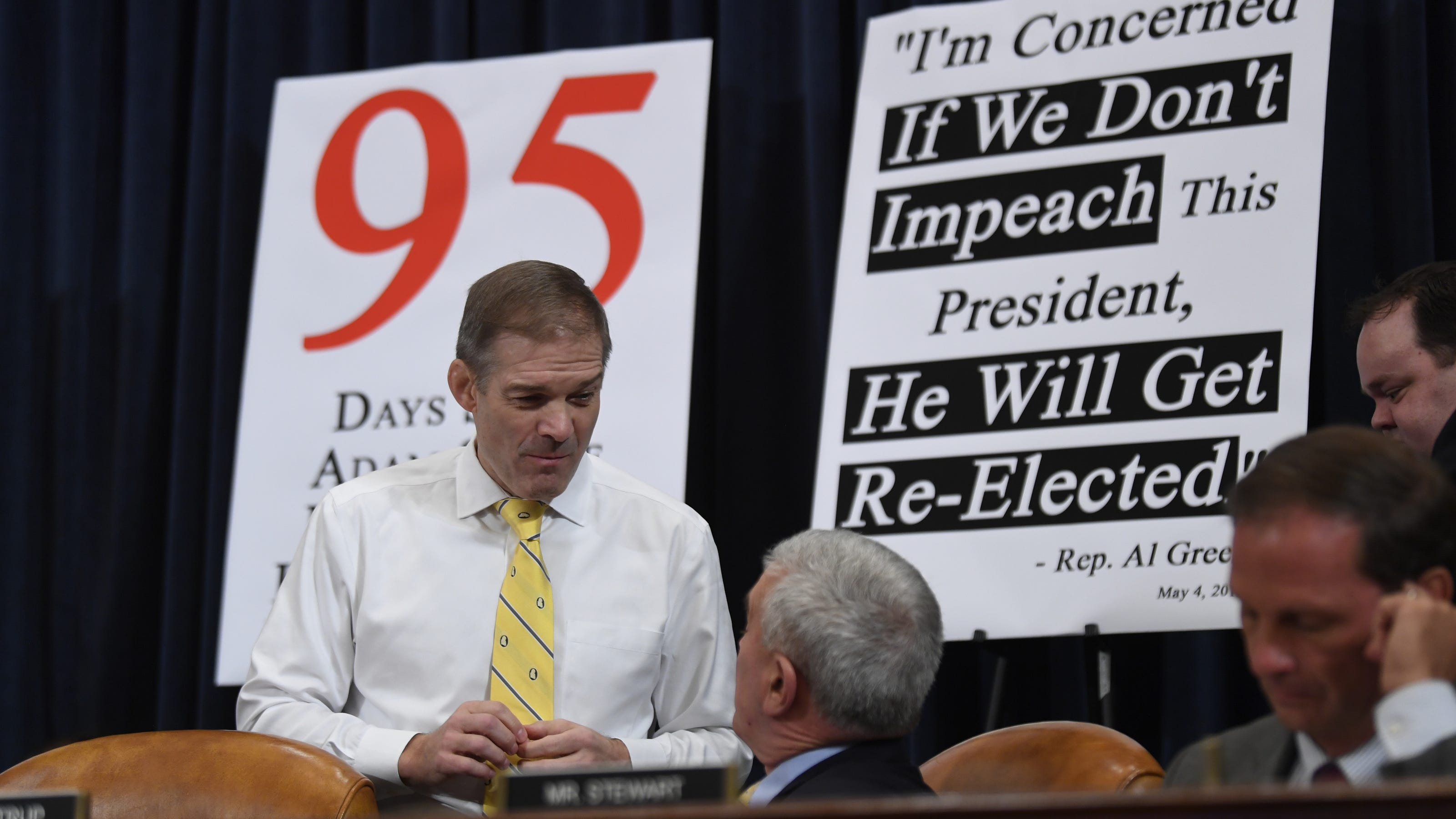 The goal of the House Speaker Nancy Pelosi (D-CA) and other Democratic Party leaders in the U.S. House of Representatives has been to use the impeachment inquiry to destroy President Donald Trump. They hope to impeach him, followed by conviction and removal by the U.S. Senate. Otherwise, they believe he will be so politically damaged that he will resign before the next election. Ironically, the exact opposite political result is occurring.

In the past two weeks, the nation was subjected to partisan impeachment hearings orchestrated by House Intelligence Chairman Adam Schiff (D-CA). The process has been unfair to not only House Republicans but also to the target of their investigation, President Trump. Over three days this week, nine witnesses testified about the President’s involvement with Ukraine, his phone call with the Ukrainian President, and his supposed demand for a “favor” in return for military aid and a White House visit.

Most of the witnesses relied on hearsay and did not directly talk to the President. Others implicated the President’s attorney Rudy Giuliani. The result of the process has not been a “smoking gun” confirming any sort of crime committed by President Trump. Instead, the American people are being turned off by the entire stunt. Despite coverage on all the broadcast and cable news networks, only 13.1 million people watched the first day of the hearings. This is a sharp decline from the audience of over 20 million Americans who watched the Judge Brett Kavanaugh hearings or the 19 million Americans who watched the testimony of former FBI Director James Comey.

It seems the American people are realizing there are major problems with the impeachment process. The inquiry was approved by the House of Representatives without a single vote from a Republican member. In fact, two Democrats voted with the Republicans against launching the inquiry.

The inquiry was a fulfillment of a longstanding desire on behalf of members such as Congresswoman Maxine Waters (D-CA). Other Democrats and liberal media outlets have been championing the impeachment of the President for the entire three years of his administration.

Overall, these results should worry Democrats who are putting all their political hopes on impeachment. Other than pursuing the President with multiple investigations, House Democrats do not have much of an agenda.  There has been little to no action on healthcare, the opioid crisis, infrastructure, the USMCA trade agreement, etc.

In the 2020 election, the President will be able to make the argument to the American people that Republicans should be given control of Congress again. The reason is clear since Democrats did nothing with their power except pursuing impeachment and other harassment schemes caused by their unrelenting case of “Trump derangement syndrome.”

As the impeachment saga continues, fundraising totals for the Trump 2020 campaign have been skyrocketing. The third-quarter contributions for the President’s re-election campaign and the Republican National Committee (RNC) exceeded $125 million. At the end of October, the RNC had $61 million in the bank, compared to only $8.7 million for the Democrats, who also had a debt of $7 million.

Democrats are not only suffering from poor fundraising totals, but their presidential candidates are not creating much enthusiasm among the American people. Their latest debate was held this week and broadcast on MSNBC. Overall, it was a massive failure. On social media, mentions dropped significantly from their previous debates.

More worrisome, viewership for the latest debate was quite anemic.  According to the Nielsen ratings, only 6.6 million Americans watched the fifth Democratic presidential debate. This was the lowest rated presidential debate of this election cycle and represented a huge 20% decline from the last televised debate in October.

On Thursday night, Democratic staffers enjoyed cocktails on Capitol Hill to celebrate the end of a week of televised impeachment hearings. The partygoers believed the hearings were a smashing success on the road to the impeachment of the President.

Instead, the evidence shows that Democrats should be worried, not celebrating. The American people are tiring of the Democratic Party’s political antics. It seems the party’s obsession with destroying President Donald Trump may backfire on them in the 2020 election. For our country’s sake, let’s hope and pray they get the political result they richly deserve.