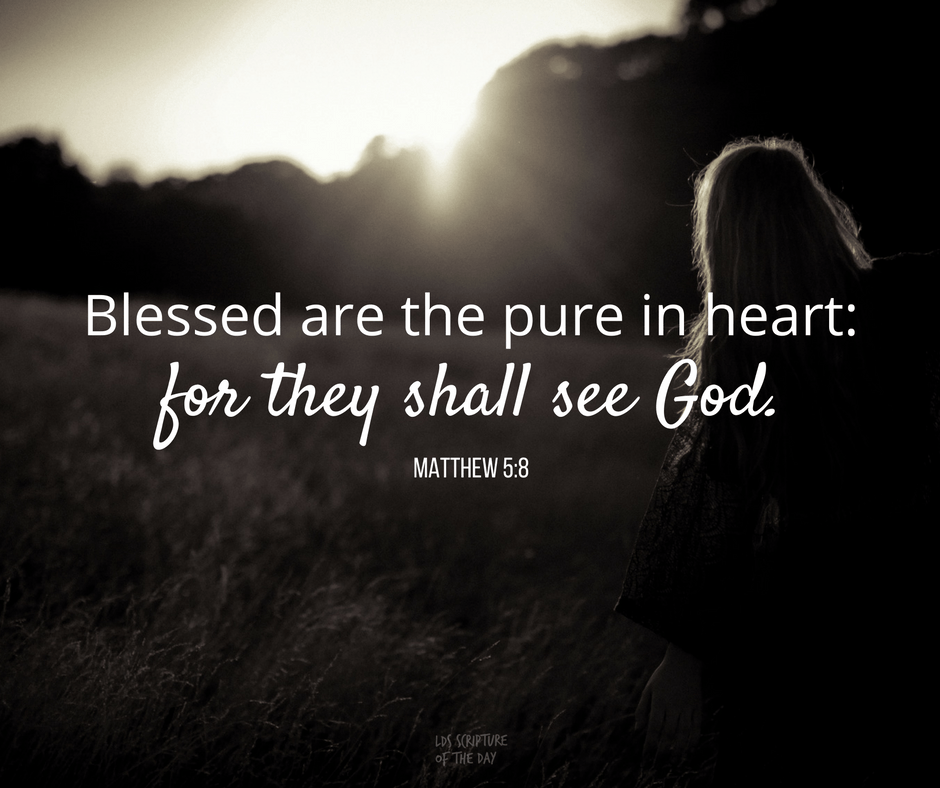 For fifty-one years Bob Edens was blind. He couldn’t see a thing. His world was a black hall of sounds and smells. He felt his way through five decades of darkness. And then he could see.

A skilled surgeon performed a complicated operation, and for the first time, Bob Edens had sight. He found it overwhelming. “I never would have dreamed that yellow is so...yellow,” he exclaimed. “I don’t have the words. I am amazed by yellow. But red is my favorite color. I just can’t believe red. I can see the shape of the moon. I like nothing better than seeing a jet plane flying across the sky leaving a vapor trail. And of course, sunrises and sunsets. At night I look at the stars in the sky and the flashing light. You could never know how wonderful everything is.”

Max Lucado in his book, God Came Near, offers his insight to us on Bob Edens' comments.

“He’s right. Those of us who have lived a lifetime with vision can’t know how wonderful it must be to be given sight. However, Bob Edens isn’t the only one who spent a lifetime near something without seeing it. Few are the people who don’t suffer from some form of blindness. Amazing, isn’t it? We live next to something for a lifetime, but unless we take time to focus on it, it doesn’t become a part of our life. Unless we somehow have our blindness lifted, our world is but a black cave.

Think about it. Just because one has witnessed a thousand rainbows doesn’t mean he’s seen the grandeur of one. One can live near a garden and fail to focus on the splendor of the flower. A man can spend a lifetime with a woman and never pause to investigate her soul.

Jesus. Have you seen Him? Those who first did were never the same. ‘My Lord and my God!’ cried Thomas. ‘I have seen the Lord,’ exclaimed Mary Magdalene, ‘We have seen his glory,’ declared John. ‘Were not our hearts burning within us while He talked?’ rejoiced the two Emmaus-bound disciples. But Peter said it best. ‘We were eyewitnesses of His majesty.’”

It’s wonderful to get your sight back, like in the case of Bob Edens. There are others though that have their eyesight and still can’t see. That is what Max Lucado was speaking about, too. Sometimes we can see something, yet not see it. We have cognition but not recognition. Cognition is knowledge. Recognition is understanding. Recognition is seeing and understanding, leading to a transformation in the way we see and then live.

Here's my concern for us. Let me personalize it. There is something you are not seeing in your life and it could be costing you dearly.

Here are some examples of seeing something deeper and perhaps truer than what we initially see. Take the word DORMITORY. Using the same letters, seen differently, spells DIRTY ROOM. That’s kind of prophetic, isn’t it? PRESBYTERIAN spells BEST IN PRAYER. The Presbyterians will like that. ASTRONOMER seen differently spells MOON STARER. THE EYES seen through different lenses is THEY SEE. MORSE CODE seen differently is HERE COME DOTS.

Most people haven’t heard the good news of the gospel. How do I know? Because most are unsure of who God is and what He thinks of them. They think God is mad at them, like an old man with a switch, ready to pounce on them. The truth is God’s mad about them.

The truth is God is good. God sent Jesus to redefine Himself. In Jesus, God was saying, “People, here is what I look like. Here’s what I think like and love like. Don’t be misled by the optics and rhetoric of the spiritually blind or jaded. Open the eyes of your head and heart and see me. Rearrange the words in your head. It’s not what you look at that matters, it’s what you see that matters.”

Wise men and women still seek and then see Him.