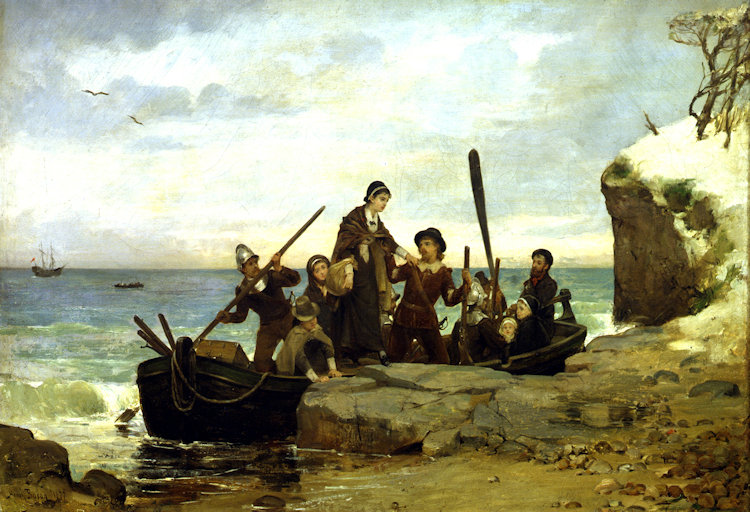 Statistically speaking, American Millennials’ (ages 18-34) worst subject is history.  Many know very little about our European ancestors, the Pilgrims, to whom the first Thanksgiving is attributed. These were the first Christian families to settle on the East coast of America. Contrary to modern-day teaching, the main purpose the Pilgrims came to America was NOT religious freedom. They had already gained religious freedom twelve years earlier, in 1608, when they fled England for Holland to escape extreme persecution from the tyrannical King James I. They told us specifically why they decided to come to America in the Mayflower Compact – the first American government document: “…for the glory of God and advancement of the Christian faith…”

The Pilgrims came to America to set up an entire nation for the purpose of glorifying God and advancing the Christian faith. This radical statement UNITED government with a responsibility to God and left a strategy for future generations to follow that has arguably brought about more liberty, prosperity, and joy to our nation than any other political philosophy in any other country in the history of the world!

The first national Thanksgiving occurred in 1789. According to the Congressional Record for September 25, immediately after approving the Bill of Rights, Mr. Elias Boudinot said he could not think of letting the congressional session end without offering an opportunity to all the citizens of America to render their sincere thanks to Almighty God for the many blessings He had poured down upon them.

The resolution was delivered to President George Washington, who heartily concurred with the congressional request, declaring:

Whereas it is the duty of all nations to acknowledge the providence of Almighty God, to obey His will, to be grateful for His benefits, and humbly to implore His protection and favor…Now, therefore, I do appoint Thursday, the 26th day of November 1789…that we may all unite to render unto Him our sincere and humble thanks for His kind care and protection.

For years after, Americans were delivered from countless perils, received many victories and blessings, prospered beyond any country, and soon everyone envied the 'American Dream' that God had given to persevering Americans.

America started becoming self-sufficient, we increased in knowledge, built powerful bombs, and decided we had arrived; we had no problems to overcome. We became like spoiled children, it was all about us, and if we weren’t blessed in the way we wanted, we blamed the same God we at one time thanked. Thanksgiving became a holiday, a day off work to eat until we were stuffed, watch a football game, and bless ourselves.

This Thanksgiving season let us give thanks to the God of our Lord and Savior Jesus Christ for America’s incredible founding, and pray that our government would never relinquish its God-given duty to preserve our rights.