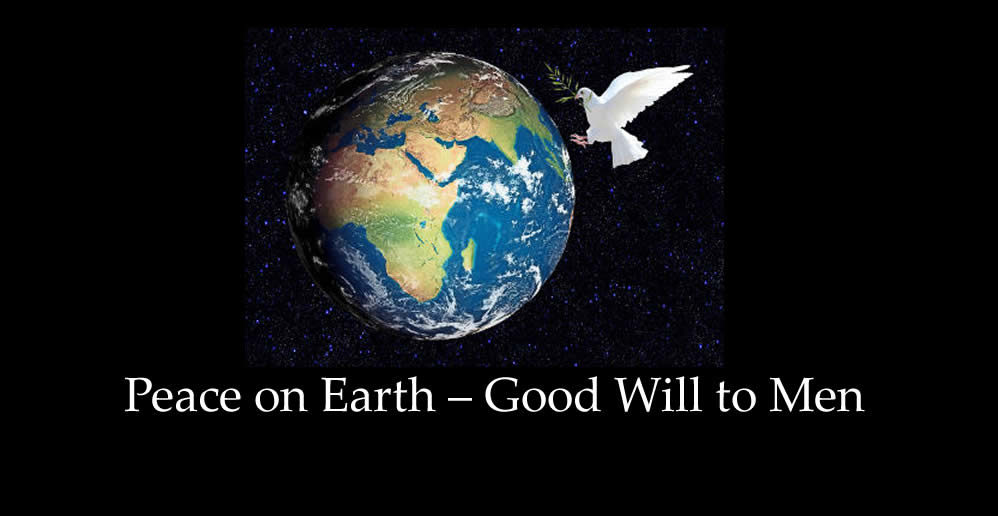 Christmas is the season of Advent, a time of prayer, fasting, and peace. Over the centuries, however, it has gone through a transformation from its earliest beginnings in Western Civilization. How that change caused Christmas to lose its true meaning is of course based on whether you’re beholden to the gods of social, cultural, and material secularism, or if in fact, you are a true believer.

Many Christians know Christmas as the birth of the Messiah, but there is a possibility that few actually understand that it also represents the Incarnation of that Messiah, which is that of a divine deity assuming human form, which fulfilled the prophecy of Isaiah that transformed all creation through God’s presence in the midst of the people. But sadly in these cynical times, many couldn't care less, and cannot comprehend the sacred and more profound meaning of the holy day.

As humanity has progressed, for the most part, and science, invention and technology have advanced most societies, Christmas, the manifestation of the Incarnation of a divine being, seems to have suffered at the hands of modernity, which for many has overwhelmed the sacredness of the day, replacing it with gifts and merrymaking, and now great consternation. It’s enough to make even the true believer at times become disenchanted, perhaps even Scrooge-like.

For some time now, especially over the last three years, a divided America has been in the throes of political and social upheaval. Some have reacted to this confluence of events and situations that have created in their lives obstacles, adversity, and personal affront. These people have become angry, cynical, and filled with rage. And even Christmas cannot ease their pain and uplift their spirit.

We have all become aware of incidents of discord and ambivalence among friends and within families over differences in political and ideological beliefs. At gatherings to celebrate special occasions, like Christmas, be it in a home or elsewhere, conversations more often than not will take a turn for the worse and family members and friends will lash out at one another and ruin what should have been a joyous time. This has become even more prevalent since President Trump assumed office.

This is not to say that we are a nation composed only of cynics, skeptics, and those filled with hate and intolerance for another’s opinions.  Sometimes however it does seem many behave as though Christmas is an opportunity to indulge in frivolous distractions and petty bickering. But in the midst of the entire turmoil, miracles can occur, even the small ones. And so it happened several weeks ago.

I received a lengthy letter from a distant relative, Dave; he felt it was something he had to do based on a conversation we had several weeks back. It so happens that we both are ideologically and politically in agreement. I mentioned how dismaying it was that the country is so divided, with people at one another’s throats. He said Bob, hope springs eternal. In his letter, he went on to tell me something that had occurred last year at Christmas that changed some hearts and minds that day. This is the substance of his letter.

I was invited to a friend’s home for Christmas. Things started off in a friendly manner, everybody seemed to be in happy and festive moods. There was laughter, celebrating, and some corny jokes, and then everybody sat down to dinner. In the beginning, the conversation was congenial and interesting. Several of the people at the table were new to me and appeared to be well adjusted, friendly, and interesting.

There were about fifteen adults, and the hostess’ young daughter Anna. I was not certain how it started; there was a couple down at the other end of the table that seemed to be having private words. Whoever and for whatever reason, it doesn’t matter now. The conversation slowly and steadily took a turn with many voices making their opinions and feelings heard, and like a thief in the night stole the good tidings of peace and joy. What had been a gathering of relatives and friends celebrating turned into a room full of angry, self-absorbed strangers.

Those issues that many people just cannot let go, even on a special day like this, reared their ugly heads and almost destroyed Christmas. Politics, politicians, presidents, freedom of this and that, all came to the surface. There was finger-pointing and accusations, and yes some insults. I can assure you, Bob, I stayed out of the fray, and could only just look around the table wondering how this could happen and why.

The lights on the Christmas tree blinked on and off, and the gifts were still unopened under the tree, there was a fire crackling in the fireplace, and the scents of the season filled the air. Suddenly ten-year-old Anna got up from her chair and slowly walked and stood in the archway between the living and dining rooms. In a voice, soft and gentle, and just above a whisper, but not strong enough to be heard above the din, she spoke and said, "Please everyone, stop." But the noise continued, then something happened, Anna’s sweet innocent voice grew in intensity, and took on a much more firm and demanding tone, she said again “Please stop!”

Silence filled the room, Bob; you could almost cut it with a knife. Anna’s mother our hostess stood up and asked, “What’s wrong sweetheart?” Anna responded, “Why are you all so angry, everything was fine and then everybody was yelling.” “Mom," she asked, "do you hate Uncle Pete, don’t you love him anymore?” Her mother answered, “Of course I love your uncle; he’s my brother.” The silence remained, no one at that table spoke another word, and they just sat there and looked almost forlorn. Anna continued “Did you forget this is Christmas, Jesus’ birthday, how do you think He feels when you act like this?”

Mother walked over to her daughter, hugged her, and said how sorry she was. They both returned to their chairs. Anna sat down; I could see tears welling up in her eyes, and her mother's. I thought someone should say something, and so I did.

“Anna, I think I can speak for each of the guests at the table, we are all sorry and ask that you and your mother forgive us. You see Anna, sometimes we adults lose sight of what’s important, and we can become selfish and inconsiderate, and want to get our own way. If we don’t, we lash out at others as happened here today. We get wrapped up in our own little world of petty differences. But you are so young and filled with happy innocent thoughts are above all that, for now anyway."

"Anna," I continued, "you have shown us the true meaning of this Christmas Day, and hopefully when we leave here, we will take with us how you change all of us in many ways for the better; I know I will, and thank you for it."

Anna looked up and said, “I do forgive you, all of you, and hope that Jesus forgives you.” She then rose from her chair and began singing “Silent night, holy night, all is calm all is bright...”