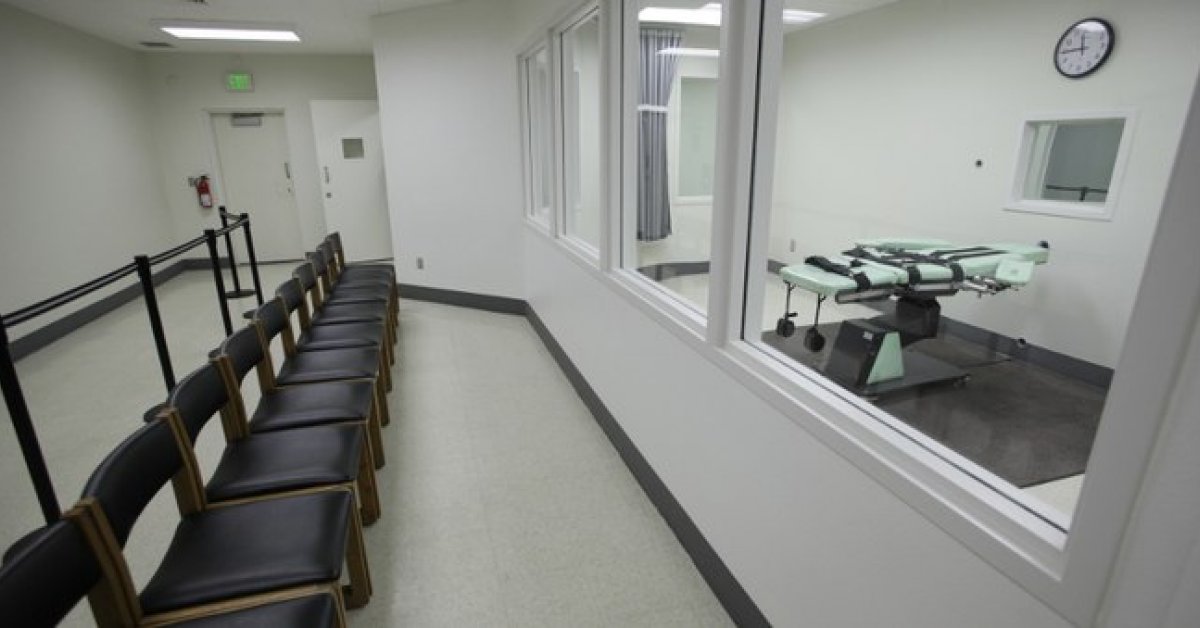 College freshman, Tessa Majors is dead. She was viciously stabbed in daylight by a 13-year-old boy during an attempted robbery in Manhattan. Reportedly, two accomplices were involved in the killing. Authorities are debating whether or not to try the admitted killer as an adult, but they should plan on trying him as an adult and executing him, and maybe his accomplices. Of course, New York State removed the death penalty for any cause, but that can be and should be changed.

News reports reveal that she was shopping for marijuana and while that doesn’t excuse the crime, it provides further proof of an audacious, arrogant, and angry generation with no fear or respect for God or man.

I’m glad I don’t know any details about the killers, but it doesn’t matter. Whether they are black or white; rich or poor, Baptists or Buddhists (or Muslim), educated or dumb as a box of rocks - they deserve to die. When America’s youth (and adults) watch two or three teens strapped onto a gurney and executed, it might send a message that if a person takes a life, his or her life will be taken by the state.

That could save hundreds of lives by letting potential killers know we are fed up and ready to deal with killers.

When a beastly thing like this happens, many bleeding hearts wring their hands and ask, “Why did something like this happen? What could motivate such people?” It’s called evil. Everyone is born with an evil nature that must be harnessed, molded, and motived to do right instead of wrong. And evil people must be dealt with proportionate to their crime. And murder requires death - even for teens.

Now enter the whiners who shed copious tears over the killer and plead for leniency, compassion, and a second chance but fewer tears are shed for the victim and her family. Besides, such whining won’t help the victim or future victims.

Vicious killers must understand - you take a life, you lose your life.

It is incredible that opponents of the death penalty tell us that it perpetuates violence. No, it ends violence, at least as far as the killer is concerned. Death penalty critics can’t see the vast difference in the state execution of a premeditated killer and a person who commits premeditated murder. Sure, both are violent; however, one is deserved and the other is not.

Government is supposed to protect the innocent and punish the guilty. Those are the two functions of government, yet our states are failing at both.

It is almost always true that those people who oppose the death penalty for convicted killers are loud proponents of abortion! Let's see, now - they don't want vicious killers to be killed, but they do want innocent, unborn babies to be butchered! I don’t understand that kind of thinking. At least the killer had a proper trial with a defense attorney and modern science to use in his defense. A butchered baby can’t raise a hand or whimper, “Please help me.”

Additionally, convicted kidnappers, rapists, and traitors should get the death penalty as they did 50 years ago.

I have asked my opponents if I have a right to defend myself if a person is trying to kill me, and most of them agreed that it is acceptable. I then asked them, “If it is morally and legally right for me to defend myself - even killing my attacker - before I am killed, why is it wrong for the state to kill him after he has killed me?" That includes teenagers. I would not have been concerned about my attacker’s age, and neither should the state. My critics are strangely quiet.

One of the best arguments against the death penalty at any age is that an innocent person may be executed. In fact, irresponsible journalists have boldly stated that 4% of death row felons were in fact, innocent. But no one can give any supporting evidence. That’s called fake news. The critics point out those who were on death row and were later proved to be innocent, and that’s wonderful. But that does not prove that innocent people have been executed. It proves our less-than-perfect system does work. Everyone admits to the possibility of an innocent person being executed.

We live as imperfect beings in an imperfect world so there is a possibility that an innocent person has been or will be executed, but that is true in many areas of life. We must live with that possibility of death when permitting bungee jumping, riding in vehicles at theme parks, flying in or jumping out of planes, etc. There is no doubt that if we dropped the speed limit to 40 miles per hour, we would save thousands of lives, but considering the public outcry and impact on the economy, we permit people to take the chance. Innocent people die in all the above scenarios - with state approval.

Often, in desperation, my death penalty opponents remind me that most nations have banned the death penalty as cruel and inhumane. I usually pause for a few seconds and say, "So?” When European nations were ruled by tyrants such as Hitler, Stalin, and Mussolini, the U.S. didn't emulate them by looking for a homegrown dictator. So, why follow them in their folly now by abolishing a reasonable and scriptural tool for the sake of society? European nations are also collecting firearms from law-abiding citizens, and opening their borders to almost anyone. Should we follow them in those directions? I think not.

Why should taxpayers feed, clothe, lodge, and medically care for a convicted killer for 25 or more years while waiting for numerous appeals or to serve a life term that is not a life term? Why should Tessa’s killer live in air-conditioned comfort as he watches television and works out in an expensive gym? If a flawed judicial system gives him “life” in prison, it should be at hard, very hard labor doing repulsive work with any proceeds going to his victim’s family.

State officials had better get the message that we must feel safe in our homes, churches, cars, schools, and streets; or the seeds will be sown for anarchy, vigilante justice, and lynch law.

I am a bleeding-heart Christian Conservative, but I have a brain that tells me rebels to society must be punished. For the sake of society, killers must be executed. My tears are for the victim and future victims who will die because the state refuses to do its job.

Additionally, it is striking that most of the liberal newspapers are critical of the death penalty yet they applauded President Trump’s missile strikes in Syria in April of 2017. Eight out of ten of the largest U.S. newspapers supported the attacks although they are critical of the death penalty! Why is it acceptable to kill bad guys in Syria but wrong to kill bad guys in Sing Sing? And often, innocent people are killed in the airstrikes. Leftists are not the best thinkers.

The position of executing teen killers is powerfully ridiculed on the one side and usually weakly defended on the other side. Society must act now because they are raising a generation of brutal, barbaric, and bloody killers without a conscience.