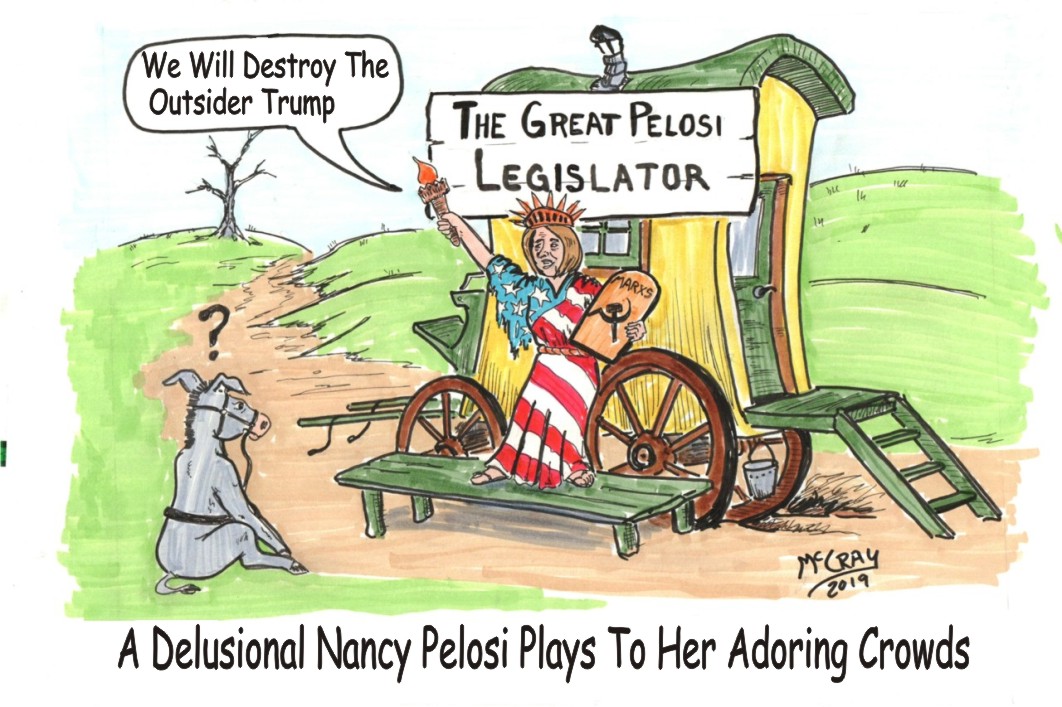 The leader of the House of Representatives, Nancy Pelosi (D-CA) has made it no secret of her desire to destroy President Trump. For 3 years, the socialist lunatics of the so-called Democratic Party have fed the public a pack of lies and half-truths to justify their investigations of the Trump Administration. After a series of Soviet Union style of show trials, the House of Representatives finally held a vote on the articles of impeachment. After blaming Trump for everything except for causing the seven plagues of Egypt and the sinking of the Titanic, the vote went down party lines with one Democrat changing his party status to Republican.

Now the public is being subjected to another absurdity with Nancy Pelosi refusing to send the Articles of Impeachments to the U.S. Senate. Pelosi is demanding the Senate follow her rules for a senate trial. She has to stack the deck because the impeachment evidence is so thin that it will not stand up in a legitimate court of law. In this action, Nancy Pelosi has no standing and therefore no say in how the U.S. Senate conducts an impeachment trial.

The problem for Pelosi and her party is the moment the House hands over the Articles of Impeachment to the Senate, Pelosi loses control of the process. Once the Senate takes up the impeachment, a trial is called into order. This trial will be presided over by Chief Justice Roberts and will follow the rule of law, where real witnesses of fact are called to testify.

In the latest farce, the socialists in the House are wanting to have more hearings to add more imaginary infractions to the Articles of Impeachment.  Judiciary Committee Chairman Jerold Nadler (D-NY) is calling President Trump a threat to national security and the Constitution. This will go the way of all of the previous accusations, they will disappear into thin air. The only thing the President is charged with is the abuse of power and the obstruction of Congress, in regard to his dealings with the Ukraine Government. Even these accusations will die in a senate trial when compared to the actual transcript of the telephone conversation of President Trump with the President of Ukraine.

All of this garbage that is being thrown up in the air is supposed to convince the public that Donald Trump is damaged goods. They want to make it appear that he is so radioactive that he should be removed from office. The so-called Democrats in the House know Trump will win re-election, that is the reason they are trying to remove him from office. Plainly stated, the so-called Democrats have decided that they will determine who will be president and not the American Voter. Welcome to a single party, nationalist state government where the people have no say and no rights.