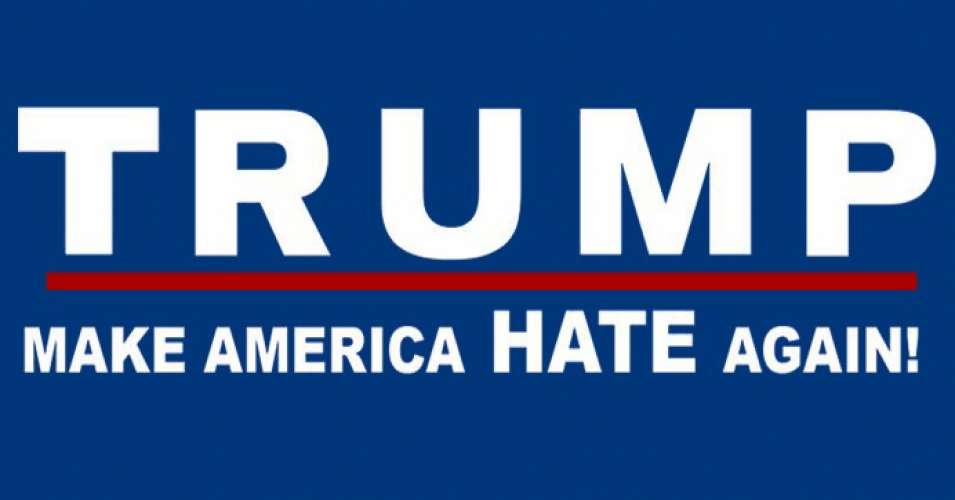 There can be little doubt that President Trump has had a tremendous effect on the lives of the American people. Love him, hate him, or somewhere in between, he has become one of the most controversial, misunderstood, and feared figures on the planet. Mr. Trump’s supporters are loyal and will defend him against all adversity. For our purposes here, let us concentrate more on his detractors.

There is a major difference between the Trump detractors, as there are the haters and the never-Trump. It’s a matter of behavior vs. existence. The Never-Trump are composed mainly of pseudo-Republicans and conservatives who find the president's unorthodox behavior and character, which in their minds flaunts conventional standards and protocol, to be unacceptable. The haters - Democrats, liberals, progressives, socialists - have a deep visceral animus and dislike for the man. It can be attributed to ideological differences, or the fact that the president is white and wealthy and has a conservative agenda, or it is a good possibility they’re just deranged.

As you are probably aware by now, after several past articles, I have on occasion confronted the Trump haters, who were at one time quite friendly, but who most likely now have the same feelings towards me that they do for the president. Aside from writing articles for fine online websites like Conservative Truth, I also have a penchant for sending letters to the editor in various newspapers. I do this to start a conversation, get the juices flowing, and perhaps even stir up a little controversy.

Recently in a local tabloid, I started a dialogue, a back-and-forth with other letter writers that has exploded into a rip-roaring dispute over the president, conservative vs. left-wing values, and attitudes. It all began on November 23 (2019) in an article by S.E. Cupp, a well known never-Trump female. It was her contention, aside from the usual platitudes and tropes, that the president has failed to live up to his promises. We know that this is disingenuous nonsense, and I felt compelled to inform the editor and Ms. Cupp of her fabrications. On December 02 my letter was printed on the top of the page, above the rest of the letters in a distinguished place of honor, so to speak.

What S.E. Cupp and the rest of the never/hate-Trump crowd have never really understood, is the main reason for the election of Donald Trump. Yes, 63 million voters expected him to make good on his promises. But I believe the hopes of most of these Americans were that a President Trump would empty the swamp, and would restore the Judeo-Christian ethos this nation was founded on, its traditional values and institutions, which began to erode under the previous administration.

John Adams wrote “Our Constitution was made only for a moral and religious people. It is wholly inadequate to the government of any other.” In the face of a morally and ethically challenged devolving culture, and a corrupt Democrat party and Fourth Estate, millions of Americans sought relief and a leader and fighter who would advance the pro-life cause, stand up for the sanctity and dignity of life, a bellwether for religious liberty and conscientious rights. Mr. Trump has succeeded, and will continue to “Make and Keep America Great.”

Well, this didn’t go over too well with the president's detractors; I must have struck a nerve. The onslaught began on December 03; I have left out the unspeakable vulgar insults, as did the tabloid. Let’s begin with these words, in part, from Keith B. “Did Jesus ever attack or threaten people? Did he ever insult people? Did he ever demean women or people with disabilities? Did he lock them in cages? Read the Gospels you????, and give Fox News a rest.”

Peter Y. had these comments “So you believe Donald Trump was elected because he best represents what a moral and religious leader looks like, what a joke you sycophant.” Joan C. kept up the tirade “Bob Pascarella gave me my laugh for the day. Donald Trump moral and ethical; cheated on all his wives, had bankruptcies. We have never had a more corrupt president.”

Joe S. commented, “Bob Pascarella must live by a toxic waste dump; toxins have seeped into his brain.” Mary M. - “He (Donald Trump) is the antithesis of a moral individual, Democrats like me endeavor to bring honor back to our country by ridding it of this self-serving demagogue.” Robert R. considers Trump supporters a cult and the president is unqualified, a megalomaniac, personally repugnant, morally bankrupt and an ethically barren fraud.

Some of the letters just disagreed and refrained from any insults; these I believe were the never-Trump. But most expressed their deep and passionate hate for the president, and in some cases for me; sadly, no one came to my defense. These are but a few of the responses, there were others who in some cases were not as delicate, for want of a better term. One letter writer even demanded the tabloid refrain from printing any more of my comments.

Like the instigator looking to stir up more trouble, I followed up with another letter which was printed on December 07. I explained how most of the people who thus far responded negatively to my original letter were allowing their judgment and understanding to be clouded by their bias and intolerance. Well, that was the straw that broke the camel’s back, I was pummeled and had this been a time in years past, I would have been tarred and feathered, and driven out of town on a rail.