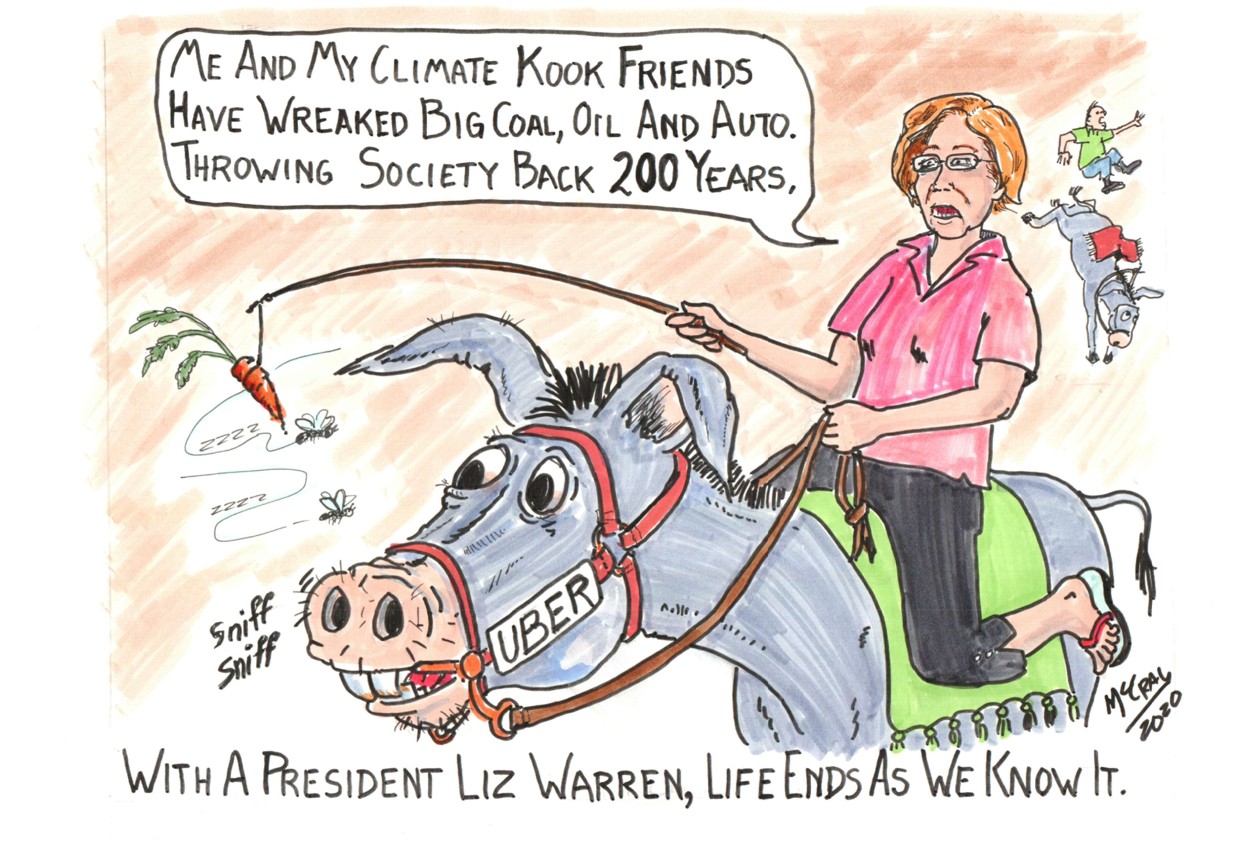 In the land of make-believe where everything is lollipops and teddy bears, snow-flakes dance because all things are free. Socialist politicians promise to rob from the rich and give to the poor; this type of economics is called wealth distribution. Only in fantasyland do the ideas of Presidential candidates like Elizabeth Warren and the other left-wing candidates make sense.

To the rest of the real world taking money from someone who has earned it, regardless to whom the money is given, is called theft. Senator Elizabeth Warren (D-MA) is promising Universal Childcare and Pre-K, and $800 billion dollars for our public schools. She is promising the cancellation of student debt and putting $50 Billion in Historically Black Colleges and Universities. Anyone who has any understanding of basic economics knows nothing is free, someone had to generate work to produce a product for which they were compensated as payment for that effort.

Liz Warren isn’t happy with just destroying our economy, she is also a believer in Climate Change who plans to go after the evil polluters, especially those in the United States. Big coal, big oil, and the auto industry are high up on her list of targets that she wants to shut down. The question is, who is going to pay for this major upheaval of society; Warren claims it will be the rich. Every time politicians have claimed to make the rich pay for these utopian ideas, it is always the middle class and the poor who pay. First, the public would lose most of their income, roughly three-quarters in taxes to pay for these so-called 'free' improvements, and many would become unemployed.

In Senator Warren’s magical fantasy world where no one has any money, no work, no debt, and no rights, everything is perfect. Where the elite socialist leadership live in grandeur and the poor have to fend for themselves. This will fail just like all of the rest of the over 50 countries that have tried socialism, countries like Cuba, Nicaragua, and Venezuela, which is imploding. They all dissolved into police states where the governments prey on their own people. Warren’s plans are nothing more than an attempt to buy votes with empty promises.