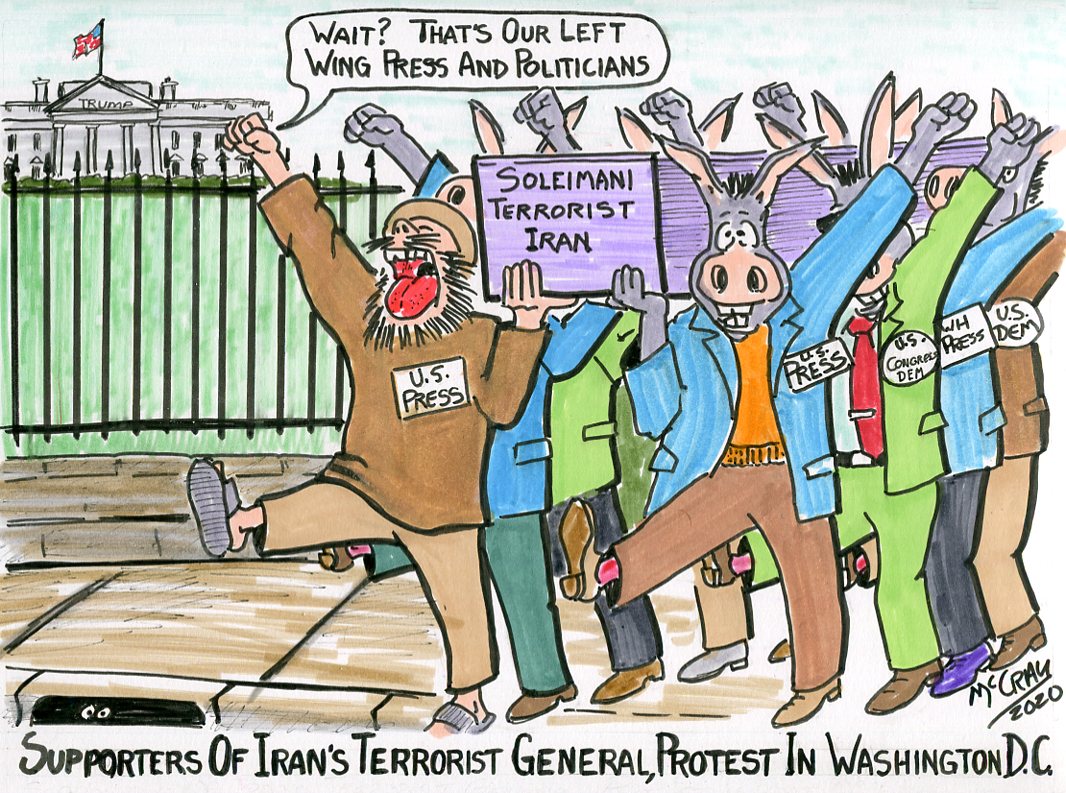 In the days following the death of the terrorist leader Ossama Bin Laden, praise from around the world was heaped on the sitting President. Just the other day another bloody terrorist leader Qasem Soleimani was killed. Instead of praise, you hear insults and condemnation against the President. What’s the difference? The first was then-President Obama, a Democrat, and the second is President Trump, a Republican.

Iranian General Soleimani headed up the terrorist activities supported by Iran around the world. He was responsible for the estimated deaths of 600 U.S. military personnel and thousands of people in the middle east. Soleimani was the head of the Quds Force which was declared a terrorist organization during the Obama Administration. He was responsible for the recent attack on the U.S. Embassy in Iraq, he was a military combatant inside the U.S. theater of military operations in Iraq. According to Secretary of State Mike Pompeo, General Soleimani was actively involved in organizing another attack. Taking all of that information in total makes Iranian General Soleimani a legitimate military target of the United States and its allies.

To listen to the left-wing politicians and propaganda news media, it was a complete travesty, a disaster, and an undeclared act of war against Iran. Oh, the humanity, to kill a revered leader of Iran’s military, crocodile tears are being shed for this butcher. The problem for the left-wing is the fact that Donald Trump is the President who authorized the attack; therefore if Trump is involved it’s automatically wrong. The left has started to couch their comments with “Soleimani was a bad guy,” but Trump shouldn’t have done it, it might start a war with Iran. Start a war! We are already in that war and have been for 40 years, ever since the 1979 takeover of the U.S. Embassy in Iran. We are already in a war against terrorism which is why we are in Iraq, and Iran is one of the agitators of that conflict.

This noise regarding Trump is all about the 2020 national election, to call Trump reckless, foolish, and out of control is to create the image of Trump as damaged goods. The Democrats know their candidates for President don’t appeal to the general public, and have to find another way to remove Trump from office. The so-called Democrats have demonstrated time after time that their focus is one thing, Donald Trump; they work for the good of their party and not for the good of the nation.