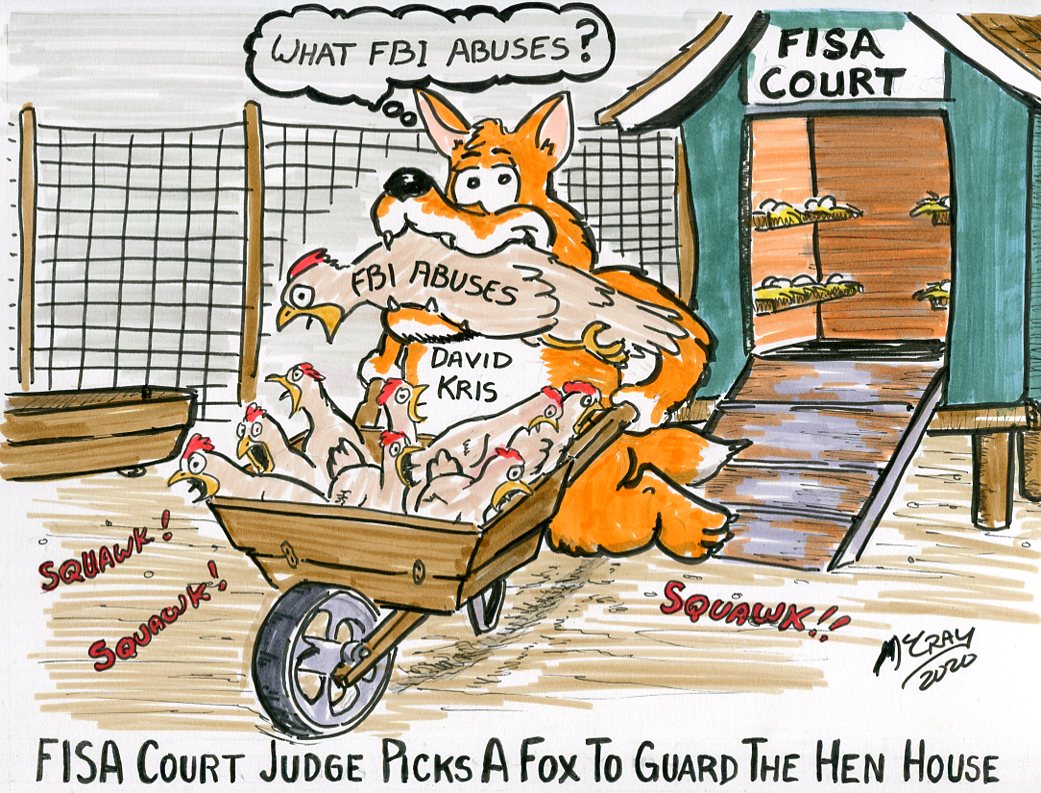 If there was any thought that the Deep State was out of the picture, the FISA Court just crushed that idea. In a move that smacks of total arrogance and insulting ridicule the FISA Court has picked a partisan former Obama lawyer, David Kris to oversee the reforms of the FBI. Congressman Jim Jorden (R-OH) in referencing intelligence committee member Rep. Devin Nunes, tweeted that “Kris called the Nunes Memo, 'Dishonest' and defended the Carter Page FISA Application. IG Horowitz’s report vindicated Nunes! Hard to believe they couldn’t find someone better.”

Simply put, the fix is in, David Kris has repeatedly voiced and written support of the methods of investigation used by the FBI to investigate the Trump Campaign and Administration. Kris has appeared on MSNBC’s Rachel Maddow’s show which is highly critical of anything Trump, and has written numerous articles for the leftist blog, Lawfare, supporting the actions of the FBI and their investigations of Donald Trump.

President Trump commented in a tweet regarding the selection of Kris – “You can’t make this up! David Kris, a highly controversial former DOJ official was just appointed by the FISA Court to oversee reforms to the FBI’s surveillance procedures. Zero credibility. THE SWAMP!”

Judge James E. Boasberg, an appointee of President Obama, who now sits as the presiding FISA judge, has selected Kris to assist in accessing the response to earlier orders demanding changes at the FBI. These are the very FBI surveillance abuses that David Kris defended in his commentary. Placing Kris in such a position is nothing more than the deep state giving the finger to the people who voted Donald Trump into office. They are telling the voters that they run the country. Much in the same way House Speaker Nancy Pelosi and Senator Chuck Schumer are telling the voters, that they will decide who is going to be the President of the United States.

This is the ultimate case of placing a fox in charge of the hen house. If this kind of Deep State activity is allowed to stand, don’t expect to see anyone punished for these abuses of power.