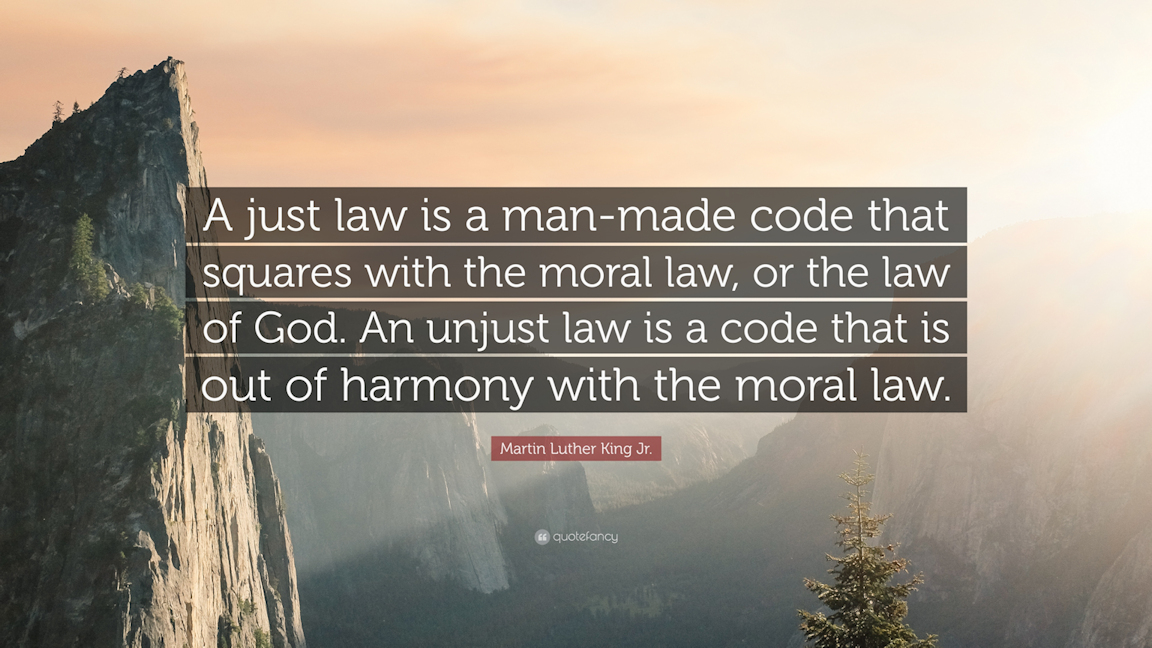 This past week Americans were paying tribute to the last century’s likely brightest orator and most dedicated man to individual liberty, Reverend Michael King, Jr., aka Martin Luther King, Jr. While I am almost certain that the good minister from Atlanta, Georgia, would not condone having a day named after him, I do not condone the worthless heaping of accolades by any people group who co-opt, blindly turn from, or outright despise the Christian minister’s teachings.

Immorality, theft, vandalism, Second Amendment violations, and so-called civil rights were not the basis of this Baptist minister’s philosophies. His mission was to proclaim the Gospel and his basis was God-given rights, and liberty under Law, which in his case was eloquent enough to land him behind bars.

You see, King understood that an unjust, man-made law is to be disobeyed.

Pastor King’s letter goes on to quote renowned theologian and early church father Augustine, “…an unjust law is no law at all.”

King knew the definition of law. As stated in his letter, “A just law is a man-made code that squares with the moral law or the law of God.” This definition coincides with what the Declaration calls “the laws of Nature and Nature’s God.”

At one time in our history, this was widely understood. However, in recent years, Americans have largely forgotten the fact that purported laws draw their efficacy — their validity — from adherence to these two fixed standards. Indeed, in modern times, these two critical standards are not applied by most Americans to the actions of government because these two critical standards are not studied or even known to the people.

Americans desperately need to be reintroduced to the Supreme Law of the Universe (the Bible) and the supreme law of the land (the Constitution).

This country, as great as it is, suffers from many sociopolitical diseases, one of which Dr. King coined “schizophrenia” when discussing founding documents like the Declaration of Independence.

He describes that government has a tendency to praise one concept while malevolently tearing down its foundations.

The lesson for us today is we need to resist what is not law and obey what is; but, of course, we need to know the difference.

56 years ago this blueprint was given to us from a jail cell in Birmingham, Alabama.