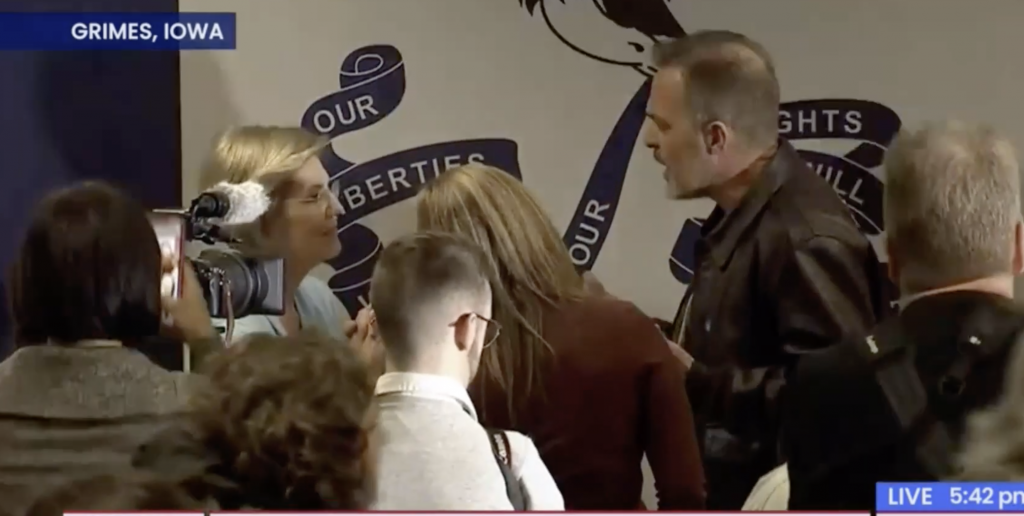 In our country, the average American is a law-abiding person who works hard to pay his or her debts, including taxes and student loans. For this type of person, government bailouts are unnecessary. Sadly, presidential candidates do not seem to be interested in appealing to this type of voter.

For example, U.S. Senator Elizabeth Warren (D-MA) has campaigned on a plan to eliminate student tuition debt. This has not pleased those students and their parents who worked hard and maybe took on an extra job, to pay these burdensome debts.

Recently, one of those fathers confronted Warren at a campaign event in Iowa. The video of their exchange went viral. He said to Warren, “My daughter is getting out of school. I saved all my money. She doesn't have any student loans. Am I going to get any money back?” The Senator coldly responded, “Of course not!”

He continued, “So you're going to pay for people who didn't save any money, and those of us who did the right thing get screwed…My buddy had fun, bought a car, went on vacations. I saved my money. He made more than I did. But I worked a double shift, worked extra - my daughter worked since she was 10.”

At that point, the responsible father became incensed when he realized that Warren was not taking his comments seriously. He said to her “So, you're laughing.” Although she claimed “No, I'm not,” the outraged father was not convinced. He concluded his brief visit by telling her, “Yeah, that's exactly what you're doing. We did the right thing, and we get screwed.”

When he walked away, Warren immediately started talking to the next person in line, but the impact of their conversation will not fade away any time soon. It is reminiscent of the exchange at a 2008 Toledo, Ohio campaign event between then-presidential candidate U.S. Senator Barack Obama (D-IL) and Samuel Wurzelbacher who became known as “Joe the Plumber.”

Wurzelbacher questioned Obama about his tax plan. He said, “your new tax plan is going to tax me more, isn’t it?” Obama gave a long-winded answer about how higher taxes would benefit those at the bottom and give them more money to afford plumbing services. The future President said, “when you spread the wealth around, it’s good for everybody.”

Well, not exactly, President Obama! As his horrible eight-year record showed, the Obama administration’s policies might have been good for government bureaucrats and politicians, but not for average, hardworking Americans. President Obama believed strongly in income redistribution. As noted by Americans for Tax Reform, there were 21 different taxes passed during the Obama administration. Clearly, his onerous tax and spend agenda was harmful to the economy.

Under President Obama, the country suffered through a weak economy with low growth while $9 trillion was added to the national debt. Even worse, an additional 13 million Americans needed food stamps to provide for their families.

In contrast, tax cuts are good for almost everyone, which is why the economy has responded so well to President Trump’s fiscal policies. He has reduced both taxes and federal government regulations. The response from the American people has been astounding. In the last three years, over 7 million jobs have been created and the nation is enjoying an unemployment rate of 3.5%, the lowest in 50 years. The stock market is reaching new highs on a regular basis and the consumer confidence rating is extremely strong.

One of the reasons President Trump was elected was that the American people wanted to move away from the disastrous policies of Barack Obama. A Hillary Clinton administration would have been four more years of a similar agenda.

Her real plan is to give bailouts and buy votes. Warren’s proposal to pay all student loan debt will cost $640 billion and will be funded by higher taxes on the “wealthy.” However, it is more than the “wealthy” who will suffer if Warren is elected President. She offers nothing of substance to hard-working Americans trying to do the right thing. In fact, her $52 trillion “Medicare for All” plan will lead to higher middle-class taxes.

Thanks to the Iowa father who exposed Warren’s true agenda. Hopefully, this will lead to millions of average Americans becoming awakened to the dangers of not only her policies but also those of her fellow Democratic presidential candidates.