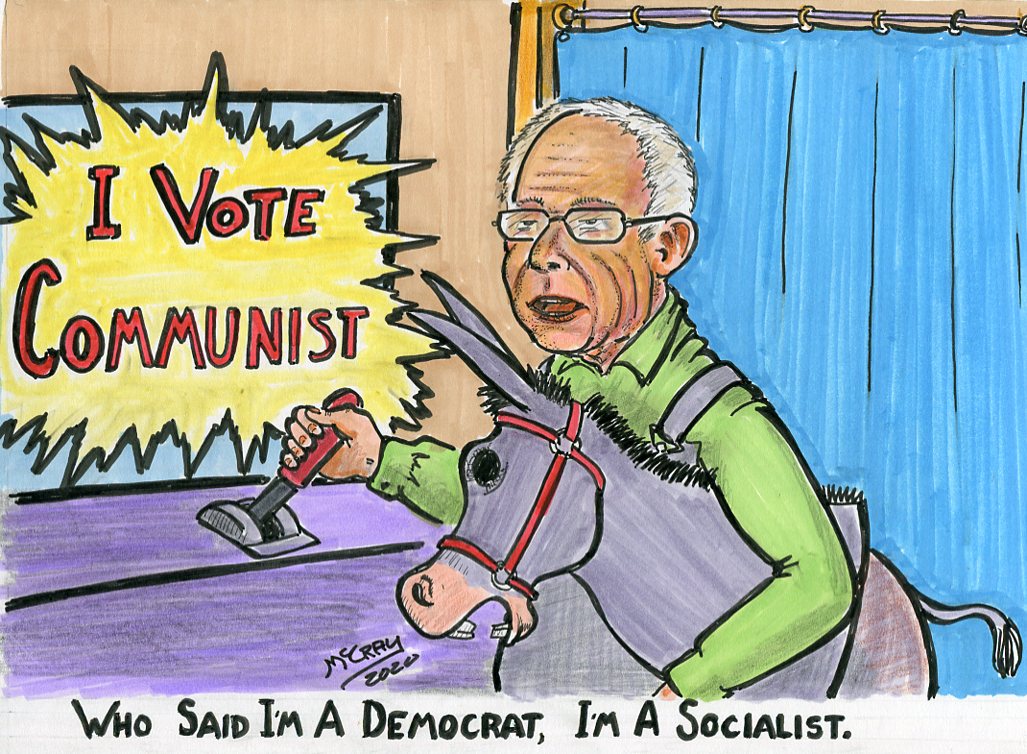 Senator Bernie Sanders for years has stated for all to hear that he is a socialist, yet he has been coddled by the Democrat Party throughout all of his years in Congress. Now as a presidential candidate, he is in a leading position in the Democratic Primaries and the Democratic Party is having a meltdown, as a socialist is leading their party. Sanders has been in this position before in his run against Hillary Clinton in the 2016 primary. Sanders claimed he was cheated out of the nomination, a fact that was verified later by Donna Brazile, then Chairwoman of the Democratic National Committee.

Bernie Sanders was a darling of Russia’s old Union of Soviet Socialist Republics, who honeymooned in the USSR in 1988. He has voiced his support of Russian socialist ideas, his support for Fidel Castro of Cuba, and he visited Nicaragua in 1985 in support of their communist revolution. He has called himself a Democratic Socialist, though there really isn’t a true Democratic Socialist. Democracy is about people being free to control their own destiny and Socialism is all about control of the people. Only two types of socialism exist, the single party for one nation National Socialism, and the one-party control of the entire world of International Socialism as was the goal of the USSR and China.

Why is a committed socialist running in the Democrat’s presidential primary? He should not be there, and it shows how far left the Democrats have shifted, with all of the major candidates with the exception of former VP Joe Biden being hard left. Joe Biden’s age, which is unfortunate for him, is showing with problems remembering what state he is visiting and what century he is in, telling people to tune in with their radios. The rest of the candidates fielded by the Democrats are hard left, which contradicts reality by promising everything will be free, and everything will be teddy bears and lollipops. Nothing in this world is free, and Sanders' social programs would cost over $97.5 trillion over a ten year period - everyone will pay.

A lot of the uninformed think socialism is about social programs. Wrong! Socialism is the implementation of the principles of communism and that varies from country to country. Socialism is a utopian idea for society created by Karl Marx and Frederick Engels, published as the Communist Manifesto in 1848. Socialism is the style of government used in China, North Korea, the former USSR, Cuba, Nicaragua, Venezuela, and some other countries. It has failed in over 50 countries, the countries are police states, the people become prisoners in their own counties.

James Carville of the Bill Clinton presidential campaign has said he is scared to death in regarding the direction of his Democratic Party. He wants DNC Chairman Tom Perez removed for pushing socialism in the Democratic National Committee, he is afraid of the party being cult-like and become irrelevant like Britain’s Labor Party. Carville fails to realize that his version of the Democrat Party no longer exists, as it is run by socialists for socialists, and is the Democratic Party in name only.