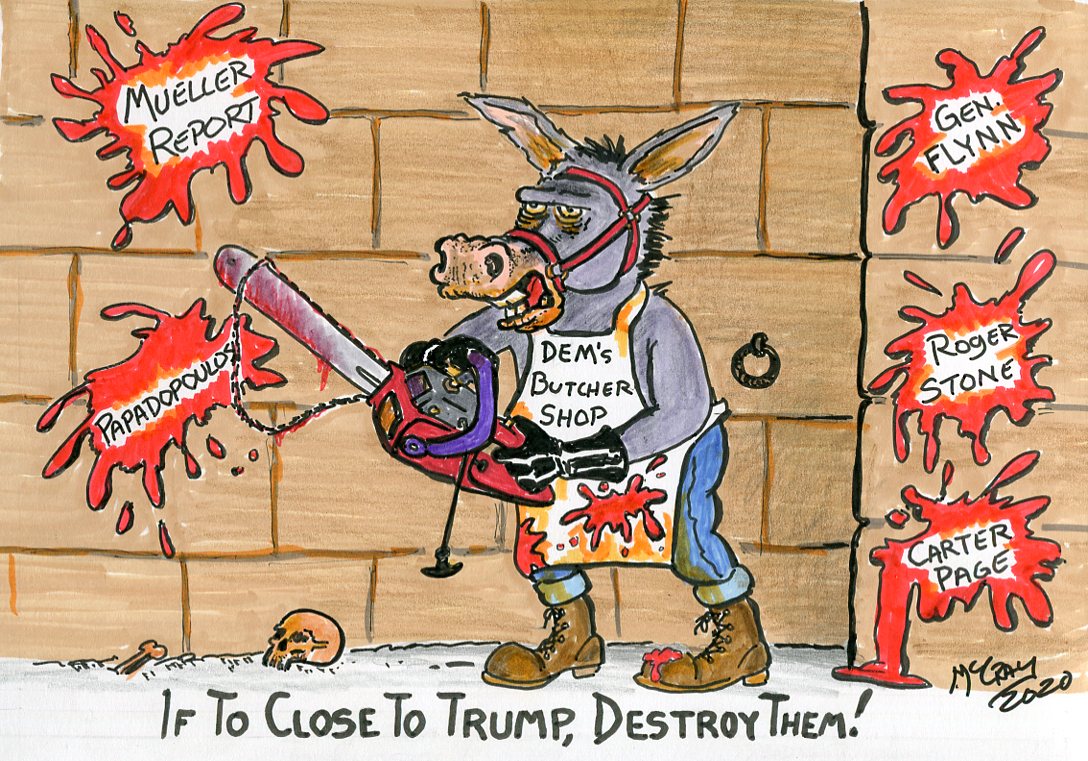 Don’t stand too close, the denizens of the Washington D.C. Swamp have turned the destruction of those surrounding President Trump into an art form. It is blatant intimidation of loyal Americans seeking to serve the President of the United States. There have always been sniping attacks in national politics, but these attacks are way off the scale. People can’t walk down the street wearing anything that indicates their political preference is Donald Trump without being attacked, sometimes viciously. All of the attacks are generated by the socialist left, then justified by the left-wing news media who spread left-wing propaganda instead of reporting real news.

The attacks began when Donald Trump announced his candidacy for president, the Steele Dossier was created and paid for by Hillary Clinton. Trump aid George Papadopoulos was baited, set up, and charged. General Flynn was interviewed and reportedly cleared by FBI agents, only to be charged by FBI leadership for lying. The directors of the FBI took false reports that were turned in as true fact to the FISA Court. This allowed the FBI to spy on Trump advisor Carter Page, giving the FBI a back door entry to spy on the Trump Administration.

The Steele Dossier and the FBI activity were rolled into the Muller Report, which was touted as incriminating evidence for 2 years by sleazy politicians and the so-called news media. Now we are in the final throes of Trump Advisor Roger Stone’s court action, he was found guilty for lying to Congress over the Russia investigation. In Stone’s case, the four prosecutors on the case wanted a sentence of 7 to 9 years in prison. Attorney General William Barr thought that was excessive and wanted a lower sentence. Instead of doing their job and listening to their boss, the prosecutors resigned.

The left is constantly screaming that Trump is polarizing America, yet it’s always the left who is calling everyone else names and making the threats. The socialist left will always attack and try to destroy anyone with whom they disagree and will scream and yell because they can’t carry on a legitimate discussion on the issues. Their Antifa (anti-fascist) street thugs who are modeled after Hitler’s fascist National Socialist Storm Troopers are using violence to attack people and destroy property. In many cases, sympathetic local governments and university administrations hold the police back, letting the thugs have their way.

The socialists are well funded by the likes of George Soros, Tom Steyer, and Mike Bloomberg. All three made their money through democratic capitalism, now they are claiming socialism is the way to govern. It’s all about power and control, with them in control. A number of very wealthy people have the very arrogant idea that they are geniuses and those who disagree are stupid.

Their most recent threat was trying to disarm the public. Virginia Governor Northam and his administration tried to label a large variety of firearms as illegal and make it a felony to own them, threatening to strip the public of their rights and search homes for firearms, jailing anyone who gets in their way. Of the 93 counties that make up the State of Virginia, 85 counties declared they are 2nd Amendment sanctuary counties and refused to enforce any unconstitutional edicts.

After a massive armed public protest in Richmond, Va., the effort was narrowly beaten back in the Virginia state senate. The actions were completely unconstitutional and would most likely have been struck down by the high court. It shows how dangerous things have become - all it will take is a person or persons to be paid off, and vote a specific way. Based on the showing in Richmond, Va., by the Patriots' armed protest, any attempt to disarm the public could be met with an armed revolt.