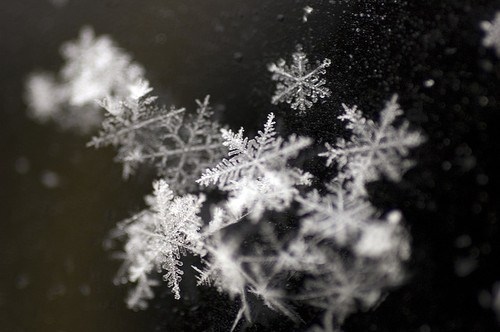 All the candidates seeking the Democratic nomination are undergoing a searing examination by the media, pundits, and campaign research groups.

Scrutinizing the kinds of people who support the candidates may be far more revealing. Who are these starry-eyed young people who cling to their virtual grandpa on steroids, Bernie Sanders?

Backing up grandpa is AOC. Perhaps she’s only a dope masquerading as a hope, but they hang on her every word as well. Is it possible that the arrogance she is accused of is just ignorance? Or is she as the sixties youth once exclaimed – “a rebel without a clue?”

Spoiled by their parents, educated by liberals, many of today’s youth are rebels without a clue. Bernie and AOC may actually be too complex for them to discern, but their feathers, at least, look familiar.

It is thought that the moniker "snowflake" began as a result of the Yale conflict between faculty and students in 2016, the term has also led to the idea that we have entered a social change which has produced what is known as the “snowflake generation.” While the term is said to be a kind of “politicized insult” it is well supported by statistical data pertaining to what we also refer to as the Millennials and the Z Generation. Those who balk at it, are often hit with the “if it looks like a duck” argument.

The so-called "Snowflake Generation" is characterized by the words and phrases in the following list.

Finding the root or the beginning of the snowflake generation requires no Socratic genius and very little research. After WWII, families began to give their children the world – literally. Nothing has been denied to the last few generations. Everything is paid for from expensive toys to handheld and other devices. Parents talk college money sometimes before birth, then save and labor for it, often to the end of their lives.

The snowflakes are used to getting rewarded for participating even if they don’t win. It is the death of incentives in the name of uniqueness. They are so wonderful, that the world is lucky just to have them.

Baby boomers were taught to question all authority and Gen Z and Millennials have pretty much retained that mindset, but with one exception - they rarely ever question themselves.

They choose not to ask themselves if the college profs have given them some bad info. They won’t allow an opposing view so the line between education and indoctrination is obscured going forward.

Don’t bother to mention that socialism is and always has been a total failure throughout the rest of the world. Perhaps when the first 12-step program for snowflakes kicks off, they will learn the definition of insanity. Insanity - is trying the same thing over and over again while always expecting a different result.

But along come Bernie and bartender sidekick Ocasio Cortez with a promise that this time socialism will work, suddenly there’s hope, without dope and giving up.

It is failure on your dime and in your time.

CNBC, which is not known for its overly Socratic analysis on anything, did, after all, hit the nail squarely on the head by declaring that “Bernie Sanders is the front-runner because of how we raised our kids.” (1)

Everything cannot and will never be free.

The Snowflakes may be behind the Bern and AOC, but there is no great undergirding principle working among the takers. In fact, they have let the great principle of reciprocity sail right past - without the slightest notice.

“Give, and it shall be given unto you; good measure, pressed down, and shaken together, and running over, shall men give into your bosom. For with the same measure that ye mete withal it shall be measured to you again.” (Lu 6:38)

People who are always taking have little to give. But even beyond that – free stuff rarely has the same value as things for which we labor or sacrifice.

Can America Endure its Snowflakes, Demons, and Democrats?