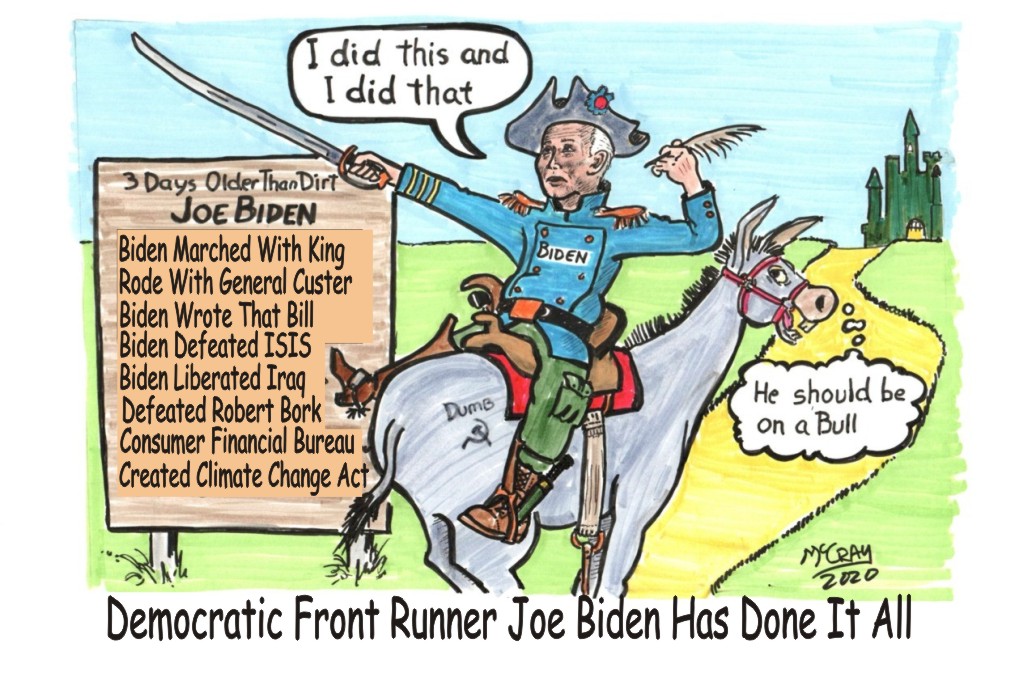 Former Vice President Joe Biden is a phenomenon in politics, spanning the centuries, he’s done it all, from the signing of the Declaration of Independence to marching with Martin Luther King, just ask him. Biden is a walking gaff machine who can stick both feet in his mouth at the same time and keep on walking. Even with a looming specter of corruption involving his son Hunter Biden, to the tune of billions of dollars, hiding in the shadows. Yet, with all his faults and verbal screw-ups, people still like him and they say, "That’s just Joe."

It’s hard to tell if Joe Biden’s gaffs with the facts regarding his involvement in historic events is due to over-exuberance or something far more serious related to his age. His accounts of his achievements are extremely remarkable. Such as liberating Iraq with Obama in 2003, six years before the Obama/Biden Administration took office. His taking credit for defeating ISIS, when the Obama/Biden Administration had abandoned the effort and the defeat of ISIS took place under the Trump Administration.

Now Joe Biden has declared that he will appoint the first black woman to the Senate during his Presidency. There are a few minor problems with that idea, especially since a Senator is elected by the public in their state and not appointed by the President. The first black woman to serve as a Senator was Carol Mosley Braun who was elected to her office and served 1992-1997. He has taken the credit for bringing the New York City stop and frisk program to an end, an action taken by the sitting Mayor De Blasio. His said he created the 1986 Climate Change Act in 1987, but it was originally put forth by a Senator Al Gore ten years earlier.

The amiable and likeable former Vice President represents a connection to the Democratic Party of the past. For the real Democrats and the Deep State political bureaucratic hacks who reside in the bowels of the U.S. government, Joe Biden represents their only chance to keep Socialist Bernie Sanders away from the White House.

If Biden continues to finish ahead of or close to Bernie Sanders like he did on Super Tuesday, the Democratic National Committee Convention will be a brokered selection for their nomination for the presidency.
Many of the pundits claim the DNC Convention will be stacked against Sanders. But, when you look at the number of socialists that are running the DNC, it may actually be leaning toward Sanders. It all depends on how pragmatic the heads of the DNC are on deciding, whether it is more important to push socialism with Sanders or go with the Democrat Joe Biden.