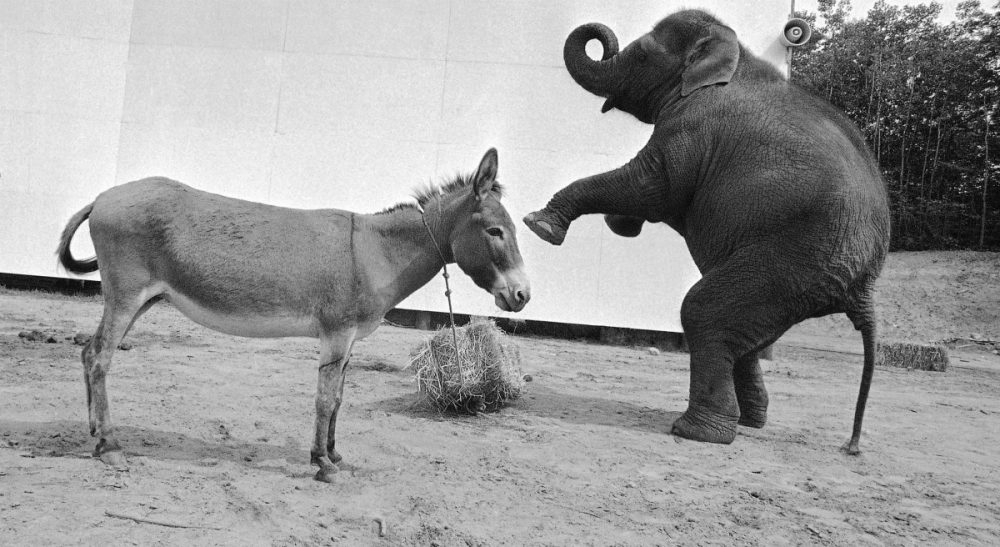 In the 2016 election, a rare breed, a maverick political outsider and businessman, Donald Trump, ran for President of the United States as a Republican. He faced 16 establishment Republicans as challengers who had years of political experience and extensive party connections. Despite the formidable opposition, he secured the GOP nomination and was elected President of the United States. It was a political miracle, only made possible because of the unique skills, personal qualities, and universal name recognition of Donald Trump.

It is never easy taking on the party establishment, as U.S. Senator Bernie Sanders (I-VT) has discovered. In 2016, Sanders was denied the nomination by the ultimate insider, Hillary Clinton. She received unfair assistance from the Democratic National Committee and the media. She was even given questions in advance of a CNN presidential debate by former DNC Chairwoman Donna Brazile.

Sanders was a loyal soldier in 2016 and eventually campaigned for Clinton, despite the unfair treatment he received. In this 2020 race, his supporters were hoping that a political “revolution” would occur, and millions of new voters would flood the Democratic primaries, giving Sanders a pathway toward the nomination.

Instead, his pathway has been closed by the current insider favored by the Democratic Party establishment, former Vice President Joe Biden. The Democratic Party power brokers have been desperate to stop Sanders because they believe his brand of socialism will not prevail in an electoral match-up against President Trump.

Sanders is a lifelong sympathizer of socialist and communist regimes. He honeymooned in the Soviet Union and is on record praising socialist dictators such as the late Hugo Chavez of Venezuela and the current President of Nicaragua Daniel Ortega. His most troublesome remarks concerned his gratuitous praise for the late communist dictator of Cuba, Fidel Castro. When these sympathies were exposed, more Democratic primary voters started looking closely at the candidates that were favored by the party’s establishment.

After the initial choice of the party elite, businessman Michael Bloomberg, completely bombed in the debates, there has been a rush toward Biden. Even though he performed very poorly in contests in Iowa, New Hampshire, and Nevada, Biden decisively won South Carolina’s primary after a strong endorsement from U.S. Congressman James Clyburn (D-SC). With renewed momentum, Biden quickly became the most viable alternative to Sanders.

This momentum encouraged party insiders to pressure the other more “moderate” candidates, Pete Buttigieg, and U.S. Senator Amy Klobuchar (D-MN), to exit the race, allowing Biden to pick up most of their votes. He even was endorsed by former Democratic presidential candidate Beto O’Rourke, which probably helped Biden win the primary in Texas. Overall, Biden won 10 of the 14 states participating in Super Tuesday, while Sanders won the other four. Clearly, it was a very disappointing night for Sanders, who fell behind Biden in the delegate count.

Following his poor Super Tuesday performance, Bloomberg enthusiastically endorsed Biden, giving his campaign even more momentum going forward. Bloomberg will also provide tremendous financial resources in the upcoming election to help the Biden campaign and other Democrats on the ballot.

At this point, Biden is the clear favorite to win the Democratic Party’s nomination and face President Trump in the general election. Once again, Sanders, the socialist outsider, will be denied the nomination by party insiders who used their power to benefit Biden. It will be a challenge for Democrats to encourage the millions of fervent supporters of Bernie Sanders to vote for the party’s nominee in the fall election. Many of these voters will be extremely disappointed that their candidate was denied the nomination again.

Democratic Party leaders are committed to Biden despite his history of gaffes and inappropriate public touching of young children and women. Democrats are so desperate to defeat Trump they will overlook Biden’s mental lapses and clear confusion on the campaign trail. Their best strategy will be to keep Biden away from public events and the cameras as much as possible to limit his exposure for any more embarrassing mistakes.

In November, it will be a tough challenge for President Trump to defeat Biden. The former Vice President has appeal to working-class voters and will be formidable in the Rust Belt states that Clinton lost in the 2016 election. The President’s best strategy is to remind voters than Biden is not the change agent America needs. In fact, he is a 50-year politician who helped create the serious problems our country faces today.

Once again, the 2020 presidential election will match an insider, Biden, against an outsider, Trump. Voters will decide whether to continue the President’s policies, which have been incredibly successful and offer major changes from past administrations, or if the country will revert back to “business as usual” and elect as President a candidate who has been running for the White House since 1988. For the voters of America, the choice in this upcoming election will be crystal clear.