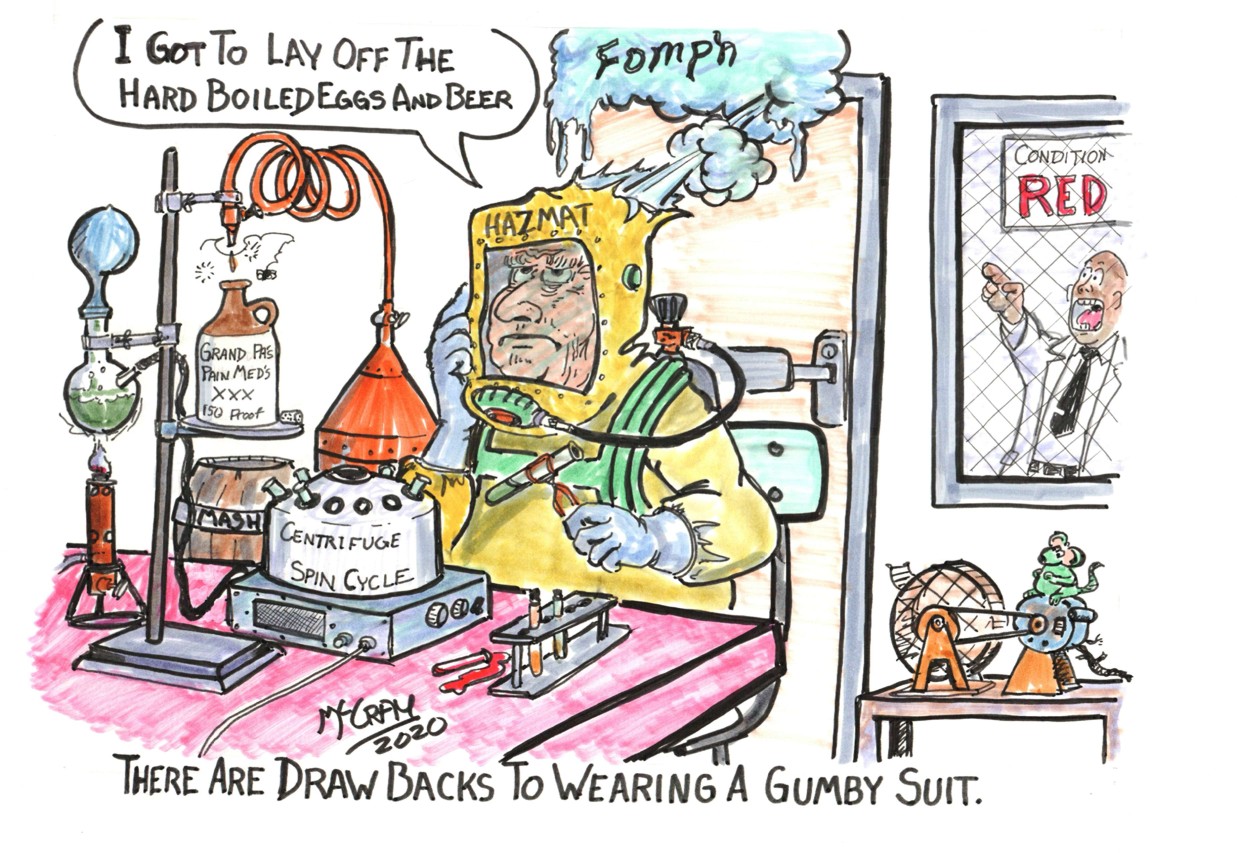 During the ongoing Chinese Coronavirus COVID-19 crisis, we need to thank the heroes who are coming to everyone’s aid. They are the doctors, nurses, health care workers, law enforcement, and the National Guard who are dealing with the public on a face-to-face basis. Plus, the research lab workers who are searching for a cure and those in the testing labs who have to analyze patients' biological samples to detect the virus. All of these people are literally risking their lives as well as their families’ health; without them, there would be no way to stop any contagious virus or disease that strikes the population.

Over the past few weeks, the Chinese Coronavirus COVID-19 pandemic has thrown the world into a total tailspin, forcing people to isolate themselves or risk infection. After several months, the Chinese government finally decided to admit they had a slight problem with a highly contagious virus. The virus emanates from the Wuhan Province, which happens to house the primary biological weapons lab of the Chinese military. U.S. Senator Tom Cotton (R-AR) has questioned whether the virus is a construct of the weapons lab?

One characteristic of some biological and chemical warfare weapons that are sprayed or delivered as an aerosol mist, is the ability to live for an extended period on surfaces. In a wooded combat environment, a droplet of a nerve agent or biological toxin on a leaf or blade of grass coming in contact with the skin can severely disable or kill a soldier. The SARS CoV 2003 virus reportedly lives for up to nine days on hard surfaces, whereas, this Coronavirus is reported to live for three to four days on hard surfaces.

All allegations of the virus originating from the Wuhan biological warfare center are denied by the Chinese government. To top it off, President Xi Jinping of China is now taking credit for controlling the virus and blaming President Trump for the spreading virus. China has reportedly known of the virus since September 2019, a full three months before being officially acknowledged to the world by China.

The alternative source of the Chinese Coronavirus has been directed at the open-air “wet markets” in the Wuhan Province, with the virus jumping from animal to human. This is the same determination that was presented for the SARS and bird flu outbreaks, with a transfer of a virus from animal to human.
Once the severity of the virus became known, President Trump put the brakes on entry into the U.S. by people traveling from contaminated countries. At first, Trump was criticized by the press and the leaders of other countries for overreacting. Now those same leaders have followed suit with stringent containment efforts in their countries and the left-wing press is bashing Trump for not acting fast enough. Entry into the United States from another country is now highly restricted, and many countries have closed their borders with various cities under quarantine measures.

Now everything is based on how fast the virus has been identified and analyzed to determine what will best serve to counter the virus. This puts medical labs and health workers under the gun in fighting the virus. So far Hydroxychloroquine, an anti-malarial drug, and Azithromycin, an antibiotic, used in combination have produced promising results. There is a lag time for medical producers and suppliers to get the medicine and equipment into the field and to the patients. New York state has begun trial testing of patients with the Hydroxychloroquine and Azithromycin for treating the COVID-19 virus, time will tell the effectiveness of the medication and how well the restrictions on the public are working.