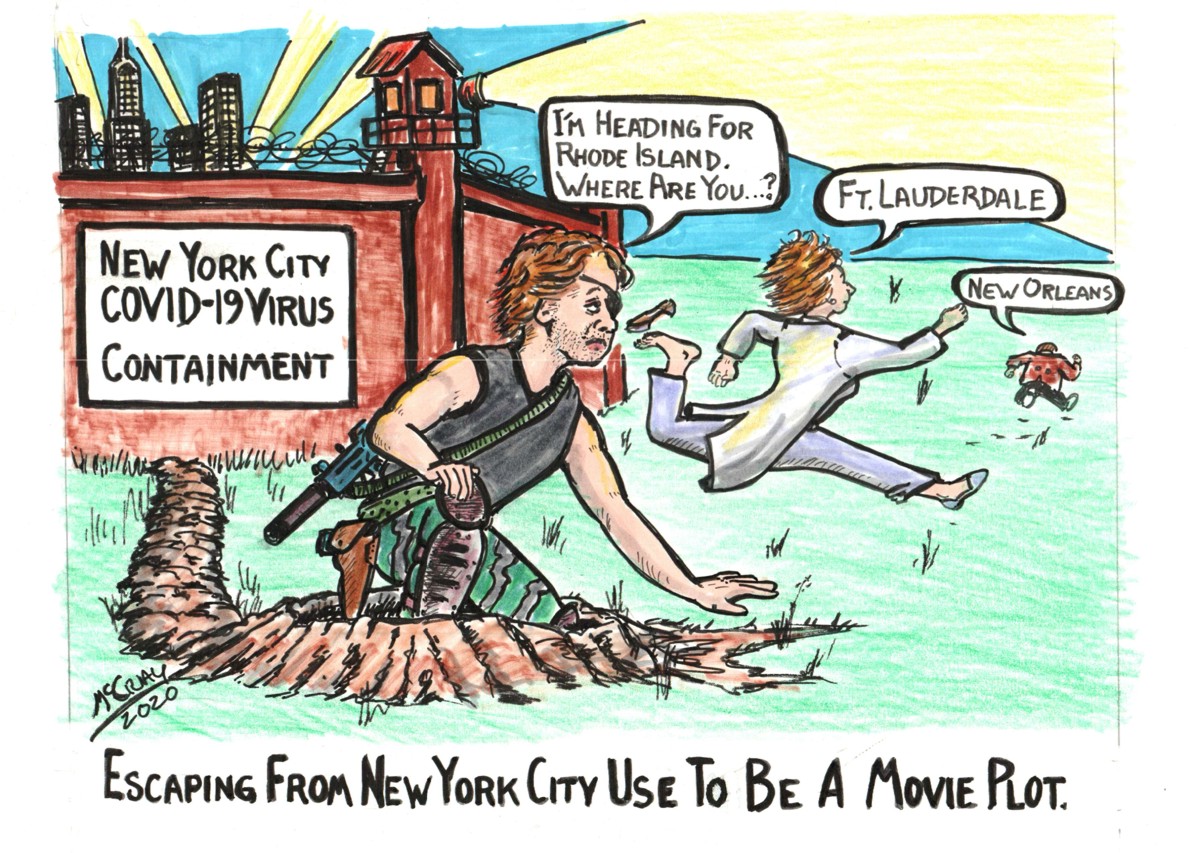 Ever since the Chinese Coronavirus COVID-19 was let loose on the world, countries with high-density population centers seem to have suffered the most. In the U.S., it’s cities like Los Angeles, Chicago, New Orleans, and New York, where people are usually in close contact with others, that are more susceptible to the virus. All indications from those who have contracted this highly contagious virus, some may have very mild symptoms and may be carrying the virus for weeks. Whereas, others come down with strong symptoms and are dealing with a life or death situation, especially those over 60 years of age with underlying health issues.

The public has been warned by the President, the Centers for Disease Control, and most political leaders to refrain from going to gatherings, to shelter in place, and non-essential businesses have closed. Most people got the message regarding the dangers connected with this virus and have followed directions to shelter in place. But, then you have the hardheads, the ones who have chosen to ignore it, and you’re not going to tell them what to do. They don’t see an emergency, it won’t bother them and have continued go to large gatherings. We have seen this behavior with some church groups and the "Spring Breakers" in Florida, some of whom have returned home are now contagious and spreading the virus among friends and family.

New York City has become the epicenter of the virus with almost 30% of the COVID-19 cases in the U.S., and has seen a number of people panic and run for the hills. Some of these people are contagious and have carried the virus to Rhode Island, New Jersey, and Florida. Those states are now suffering the results of this irresponsible behavior, spreading the virus. This has resulted in calls for quarantine lockdowns, Rhode Island is stopping anyone entering their state with New York car tags. Out of state New Yorkers are being told to self-quarantine and to isolate themselves for two weeks or face action by law enforcement.

To make things worse we have the usual self-serving left-wing politicians and their cronies in the press agreeing with the Communist Chinese propaganda trying to blame President Trump for all the problems. This is a time when we need our leaders speaking in one voice, providing a reliable source of information - in this case from President Trump, the CDC, and the rest of the federal government. Instead we have conflicting messages from the left, trying to use the virus crisis to further divide the country and make political gains. From such luminaries as the House Speaker Nancy Pelosi (D-CA) making her derogatory comments about the President's handling of the crisis and Rep. Adam Schiff (D-CA) calling for a 9-11 style investigation of President Trump. Those who are rabidly anti-Trump have displayed a callous disregard for the public. Their efforts are centered on undermining President Trump, and his actions dealing with the COVID-19 virus.