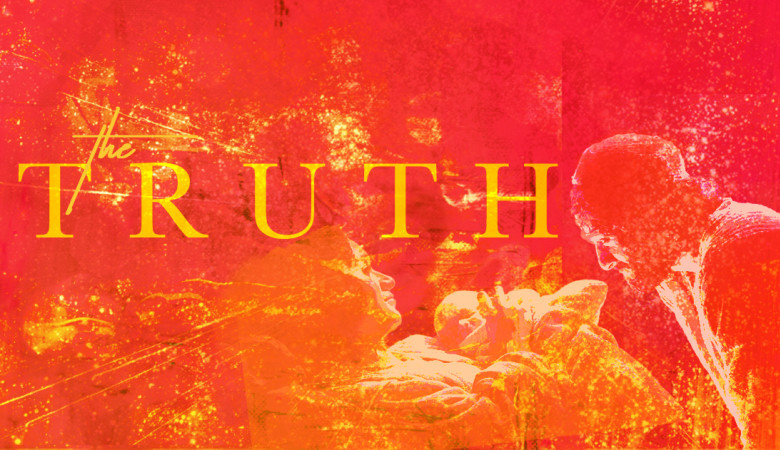 What we often think of as ugly and hideous (a beast) can turn into something beautiful, given time and perspective. And sometimes what we think is beautiful on the outside is a beast on the inside. Most times, what is on the inside will eventually surface on the outside. Easter is an excellent example of seeing the beauty in the beast.

Here’s an example of seeing the beauty in the beast. The only survivor of a shipwreck washed up on a small, uninhabited island. He prayed fervently for God to rescue him. Every day he scanned the horizon for help, but no one came.

Exhausted, he eventually managed to build a little hut out of driftwood to protect himself from the elements and to store his few possessions. One day, after scavenging for food, he returned home to find his little hut in flames, the smoke rolling up to the sky. Everything was lost. He was stunned with grief and anger. “God, how could you do this to me?” he cried.

Early the next day, he was awakened by the sound of a ship that was approaching the island. It had come to rescue him. "How did you know I was here?" asked the weary man of his rescuers. "We saw your smoke signal," they replied. The beast of fire produced the beauty of being rescued.

We see the concept of discovering the beauty in the beast three days before Christ’s crucifixion. Jesus, knowing that His time had come, was praying in the Garden of Gethsemane. “And He withdrew from them about a stone's throw, and He knelt and [began] to pray, saying, 'Father, if You are willing, remove this cup from Me; yet not My will, but Yours be done.' Now an angel from heaven appeared to Him, strengthening Him. And being in agony He was praying very fervently; and His sweat became like drops of blood, falling down upon the ground.” Luke 22:41-44.

"For God took the sinless Christ and poured into Him our sins. Then, in exchange, he poured God's goodness into us!" 2 Corinthians 5:21.

Defeating those five beasts on Resurrection Day (Easter) created a beautiful new morning for Jesus. Then He shared that beauty with us. Jesus' crucifixion, death and burial didn’t end in the agony of defeat and death. Jesus’ resurrection on Easter was the triumph of life over death. It was the dawning the beauty of eternal life for everyone who believes. Jesus descended to ascend.

Maybe you are facing a beast. Perhaps it’s just the beast you need to face to get unstuck. After you do, you may be stunned by the beauty and peace you receive. Elevation comes after the engagement. "These hard times are small potatoes compared to the coming good times; the lavish celebration prepared for us. There’s far more here than meets the eye. The things we see now are here today, gone tomorrow. But the things we can’t see now will last forever.” 2 Corinthians 4:18.

Yes, there is beauty in the beast you’re facing. There certainly was for Jesus and the disciples on Easter Day. He is risen, He is risen indeed! An unknown author penned the essence of Easter in their narrative below.

One needs to recognize what happened at Easter to celebrate it. You and I cannot come to Jesus through our natural mind, our vast education or experience, or our ‘supercalifragilisticexpialidocious’ vocabulary or our algorithms. We come to Jesus by faith. That doesn’t mean that we throw our brains away. It means that we don’t let our brains throw faith away.

Currently, we are living through the Beast of Coronavirus. Life is unsettled. But maybe these unsettling times are just what we need to see Jesus. Perhaps, after the dust settles, we will realize how very little we need, how very much we do have, and the real value of human connection.

What good could come out of the beast of whippings, crowns of thorns, and crucifixion? Why beauty, of course, beauty from ashes.